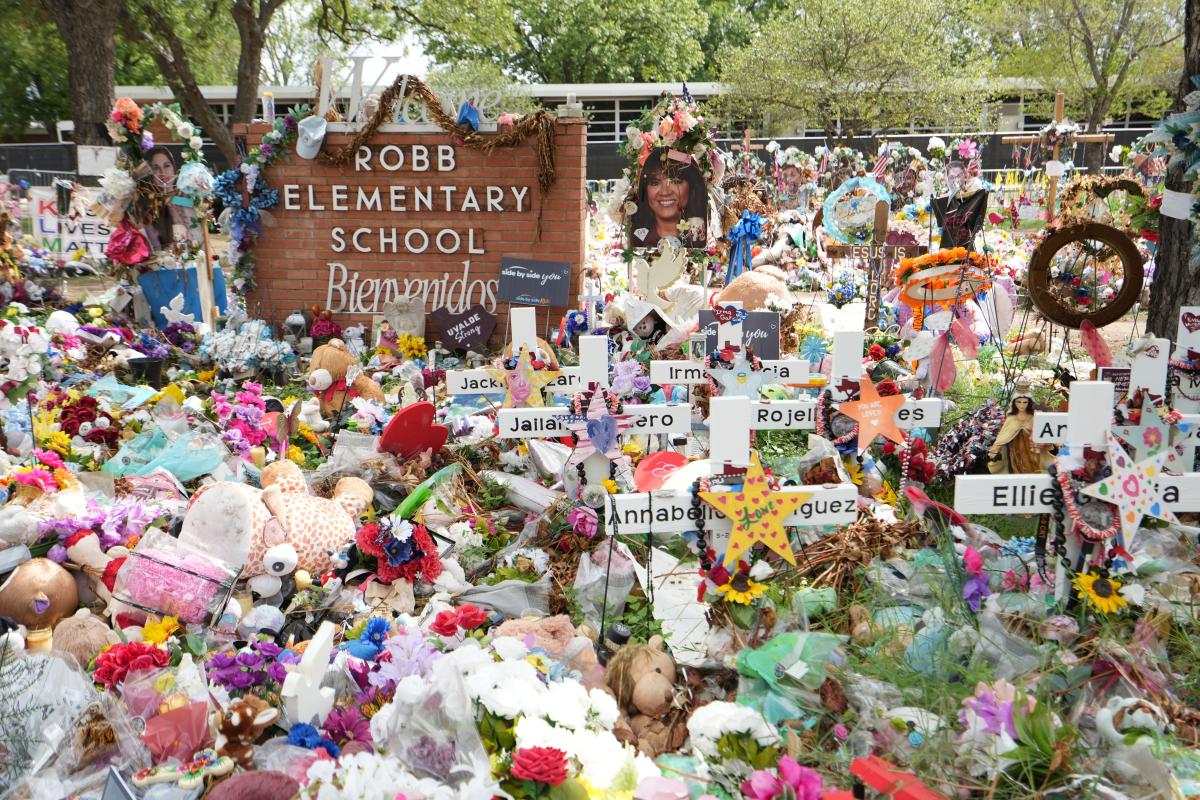 Five Texas Department of Public Safety officers have been referred to the state’s inspector general’s office for a formal investigation into their actions surrounding the massacre at Uvalde’s Robb Elementary School that left 19 children and two teachers dead, the Austin American-Statesman has learned.

The investigation into the actions of the officers, who were identified as part of a review that the DPS announced in July, will help the agency’s inspector general’s office to determine if any policy violations happened, as well as any violation of training, and what disciplinary actions those officers should face, DPS spokesman Travis Considine said Tuesday. Late Tuesday, the agency announced that two of the five officers had been suspended with pay.

There was no announced timeline under which the inspector general’s office will complete its investigation.

The revelation came on the heels of a newly disclosed internal email in which the head of the DPS said the agency shares in what he called the “abject failure” that led to the 77-minute delay in responding May 24 to the state’s deadliest school shooting .

The email, time-stamped “Wednesday, July 20, 2022 12:16:10 PM” — one month after DPS Col. Steve McCraw testified before a select committee of the Texas Senate — contained a more explicit acknowledgment that the DPS troopers on the scene should have acted more aggressively to confront the shooter.

Video footage from inside the school, obtained by the Statesman and KVUE, shows numerous officers from several law enforcement agencies outside the classroom where the massacre played out while the gunman was reportedly barricaded inside. By the time the gunman had been shot dead by a team led by the US Border Patrol, 376 law officers had responded, 91 of them from the DPS.

McCraw’s email leaves little doubt that the DPS cannot wait in the event of a similar mass shooting.

Because the shooting happened at a Uvalde school campus, many experts have said then-Uvalde school district Police Chief Pete Arredondo was the on-scene commander. The now-fired chief later said he did not consider himself to be in full charge of the law enforcement response.

In his Senate testimony, McCraw cautioned lawmakers not to push for a policy that would automatically make the DPS the agency in charge during mass violence within a local jurisdiction.

“Every agency that responded that day shares in this failure, including DPS,” McCraw wrote. “Although I remain highly critical of the decision to treat the incident as a barricaded subject by the ranking Consolidated Independent School District police official at the scene, DPS and other agencies must also be held accountable for their actions or inactions.

“It is clear from the evidence law enforcement should have treated this situation as an active shooter event. The ongoing criminal investigation by the Texas Rangers includes the examination of the actions of every law enforcement officer who responded to the scene.”

The email was part of a small cache of documents related to the shooting and its aftermath requested by state Sen. Roland Gutierrez, a San Antonio Democrat whose district includes Uvalde. Gutierrez, in an interview, said he was grateful that McCraw accepted at least part of the responsibility for the botched response. But he continued his sharp criticism that the public is not being given a full accounting about the action, and inaction, by law enforcement at every level.

“We asked for radio transmissions, we asked for body-cam footage,” Gutierrez said. “But we didn’t get much of anything besides the emails.”

A DPS spokesperson did not respond to a call for comment regarding McCraw’s email or Gutierrez’s response to it.

McCraw, in testimony before the Senate panel and in public comments, was among the harshest critics of Arredondo, saying the district’s police chief had “decided to place the lives of officers before the lives of children.”

Arredondo was fired by the Uvalde school board last month, and a report by a special Texas House committee released nearly two months after the shooting echoed that criticism but said it was not limited to Arredondo and his small school district police force.

Instead, the panel cited “systemic failures and egregious poor decision making.” Investigators for the committee found that other law enforcement officers on the scene also failed to act, and that they should have stepped up and taken charge once it became obvious that there was no clear incident commander from the local or school police who was directing the response .

“Hundreds of responders from numerous law enforcement agencies — many of whom were better trained and better equipped than the school district police — quickly arrived on the scene” and could have “helped to address the unfolding chaos,” the report said.