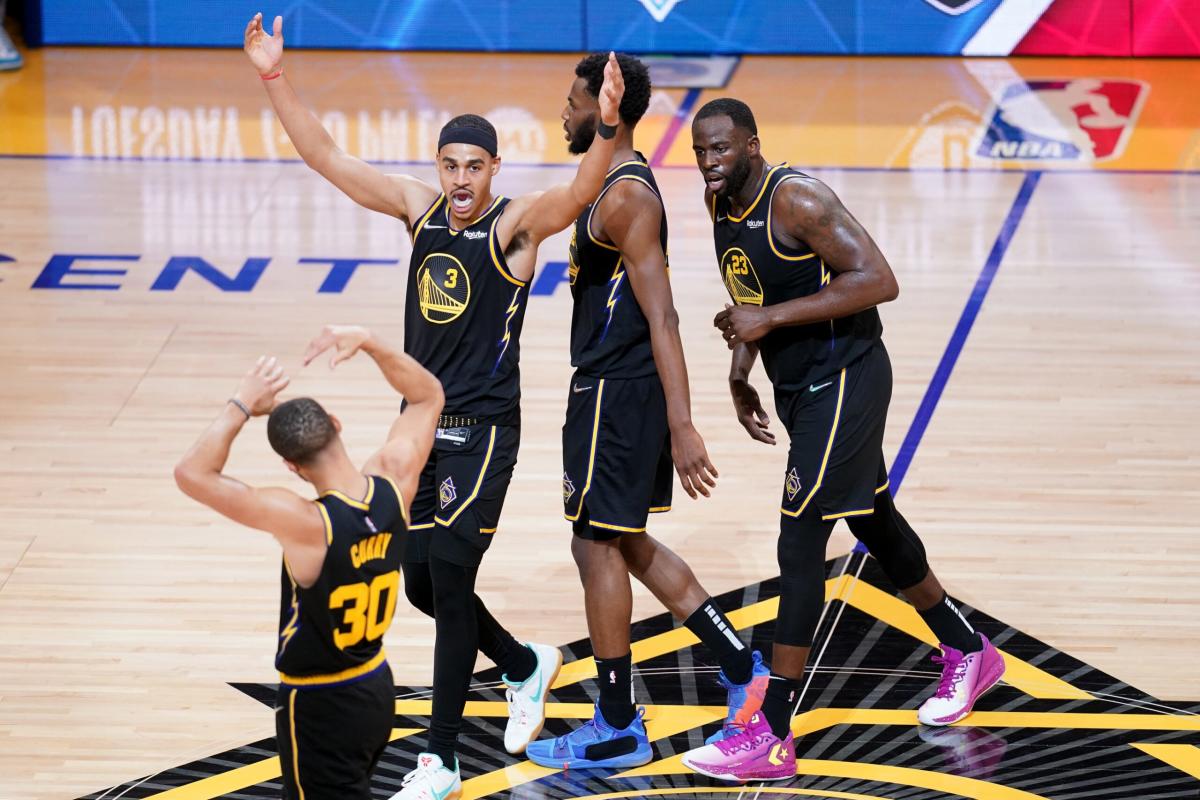 There briefly was a school of thought that the Warriors, fresh from a championship and a $350 million roster, were prepared to increase spending to defend their title. Instead they reshuffled their bench a bit and kept expenses relatively neutral, indicating that they are expecting some of their young players to step up and contribute.

While they may not all be ready, they clearly believe that they will be able to form a formidable 8-9 man rotation with their combination of young players and newly added bench players. In the end, the level of play and health of their All-Stars will dictate how far they go in the playoffs.

Below, check out our preview for the 2022-23 Warriors campaign.

* Andrew Wiggins can be counted on… It’s crazy how Brooklyn’s desire to pay DeAndre Jordan $40 million was the first domino to drop in Golden State’s title run. The sign-and-trade between the two teams allowed the Warriors to keep the Kevin Durant salary slot through D’Angelo Russell whom they later converted into Wiggins. He went from becoming a solid defender in his first full season with the Warriors to an All-Star and arguably one of the best 3-and-D players in the late rounds of the playoffs. He might not significantly improve off his playoff performance his and the Warriors do n’t need him to. But if he remains consistent during the regular season and elevates his play his in the playoffs, they ‘ll have a strong chance to repeat as champions.

* They have an elite defensive foundation led by Draymond Green…The Warriors held the second-best defense in the league last year despite Green missing 36 games. They had a dominant 34 win and 11 loss record in games he played last season and he had a strong case for winning Defensive Player of the Year had he not missed so much time with injuries. While Green anchored one of the league’s best defenses, they had the personnel in players like Wiggins and Looney to help keep it at a high level. Losing Payton II will hurt, but perhaps they can get enough from guys like Kuminga and DiVincenzo to help against smaller opposing players.

* They can have a top offense with a full year of their small lineup… The Warriors had limited opportunities to play lineups that featured all three of Curry, Poole, and Thompson on the court at the same time. This was mostly due to injuries and then Kerr needing to adjust to more defensive-focused lineups featuring Looney instead of Poole in the playoffs. Their small lineup slaughtered the Nuggets in the first round, and they should have all the time in the world to play this lineup in the regular season. The Warriors should see their league-average offensive rating last season rise significantly this year, potentially even into the Top 5.

* Age and durability will always be a threat… Curry is entering his age 35 season while both Thompson and Green are entering their age 33 seasons. All these players play in a way that should age well and it has so far, but some marginal regression shouldn’t come as a shock. More pressing are injuries that are inevitable for this roster. Last season was the first since 2019 they had their Big 3 on the floor together and it was still limited in the regular season, but thankfully they were all together for the playoffs. Load management and minute limits should be a huge factor in the regular season as they plan to be ready for the playoffs.

* What if the two timelines cannot coexist?… The Warriors already succeeded at winning at the highest levels while reserving a significant portion of their roster spots to developing their many young players. Many teams that have tried to navigate two timelines usually fail at one of them, and the Warriors’ young players are still a work in progress. It’s unreasonable to expect all of them to rise to the expectations reflective of where they were drafted, but there could be pressure on some of their higher selections like Wiseman and Kuminga to make big strides this year.

The Warriors still have one more standard roster spot left to fill and it is reportedly being reserved for Iguodala. If he doesn’t return, they could look to fill that roster spot with another veteran, or maybe promote a young player in their pipeline like Weatherspoon. Once the Warriors fill roster spot No. 14, they will see their team expenses rise to $367 million. It’s possible they keep the 15th roster spot open through most of the regular season since an additional $1.8 million veteran minimum salary would increase payroll and luxury tax expenses by $14 million.

It seems that outside some minor trades to improve their bench or reduce costs a bit, the Warriors are likely to remain their roster intact. Their veteran All-Stars aren’t going anywhere, and unless they give up on some of their young players, they remain committed to developing them for the next era of Warriors basketball. They do not have any trade exceptions or large moveable salaries to trade outside their All-Stars and recent draft picks, so that alone limits their flexibility towards making a significant move.

One aspect of the Warriors’ season that could potentially cloud them is the contract situation for a number of their veterans. Green, Wiggins, and Thompson are all extension-eligible throughout the regular season, while Poole is extension-eligible until the day before the regular season. Poole’s situation is more pressing since it’s the most time-sensitive, and it will be interesting to see if an agreement will be reached. His floor his could be at the four-year, $100 million range after Anfernee Simons got that from the Blazers.

1st in the Pacific Division, 1st in the Western Conference (as voted by the HoopsHype staff)