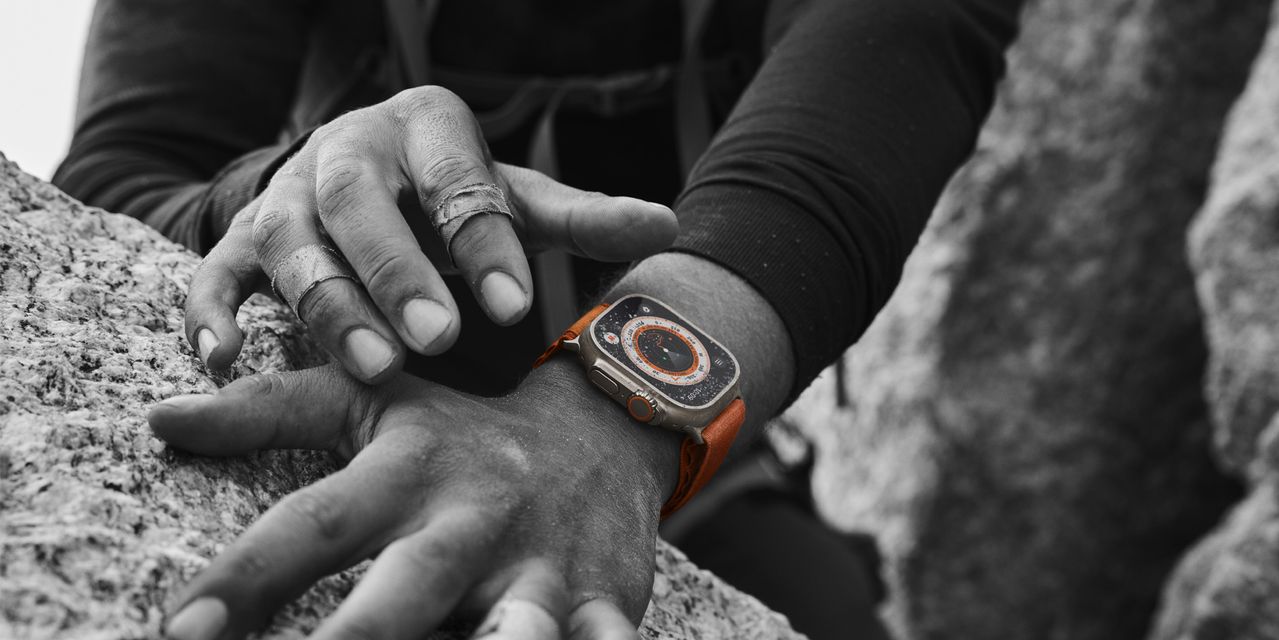 announced a new iPhone 14 on Wednesday. The company also unveiled new Apple Watch models and a new model of its AirPods Pro headphones.

In a surprise, the company kept prices in check for its iPhone lineup. Some Wall Street analysts had expected a price hike given the inflationary environment for components.

The firm’s annual September event, titled “Far Out” this yearis a key moment for the technology giant.

The device has an 18-hour battery life, or 36 hours of battery life in its new Low Power Mode. The watch will start at $399 for GPS models and $499 for cellular enabled models. Orders start today and the new watch is available Sept. 16.

The company said its new Apple Watch SE, the budget model, will be 20% faster than the previous model. The lower end model starts at $249.

The biggest news of the watch segment was the unveiling of the Apple Watch Ultra. The higher-end device is more durable and offers a brighter display, among other features geared towards outdoor activities. It offers 36 hours of battery life, or 60 hours on a battery optimization setting. The new Ultra model, which has a larger face than other Apple watch models, will cost $799 and be available on Sept. 23.

Apple also announced its latest version of AirPods Pro, which offers up to double the noise canceling of the original Airpods Pro. The headphones also boast an improved transparency mode that tunes out harsh sounds. They will provide up to six hours of listening time on a single charge, Apple said.

Apple also pulled back the curtain on its iPhone 14 and iPhone 14 Plus. The latter is a larger model that promises the best battery life in an iPhone. The new phone features a 12-megapixel main camera with a 49% improvement in low-light environments.

The devices will be able to connect to satellites in emergency situations in remote environments when cellular connections are not available.

Apple also announced new Pro and Pro Max models of the iPhone 14. Both models offer a more advanced display and are powered by a new A16 bionic chip. The Pro models offer a new 48 megapixel camera.

The iPhone 14 Pro and iPhone Pro Max feature an always-on display and better incorporate the front camera area for notifications, which Apple describes as the “dynamic island.”

While a new line of devices could have a major impact on the firm’s coming quarters, don’t expect the stock to pop after the event. Apple shares have averaged a decline of 0.46% across the 21 iPhone announcement days tracked by Dow Jones Market Data. The outlier was January 2007, when shares rose 8.3% the day Steve Jobs unveiled the original iPhone.

Wedbush analyst Daniel Ives wrote last week that Apple being on track to release the new phones despite supply chain issues and Covid-19 shutdowns in China is “another massive achievement” from CEO Tim Cook and his team.

Ives told Barron’s via email on Wednesday that it was a “shocker” Apple kept prices unchanged. He believes Apple’s in-house chips are giving the company more flexibility with margins.

The new iPhone is key for Apple, which is facing some concerns about how the broader macroeconomic environment will affect demand for iPhones and other products.

“While the softer macro will clearly play a role in the demand story, we believe the baseline for 220 million iPhone units in [fiscal year 2023] is likely a low bar given the pent up demand story that we are seeing globally for Apple,” Ives wrote. “In the key China region we estimate that roughly 30% of iPhone consumers are in the window for an upgrade cycle with many likely Pro/Pro Max buyers, which continues to push ASPs higher along with the $100 price increase likely.”

Write to Connor Smith at connor.smith@barrons.com