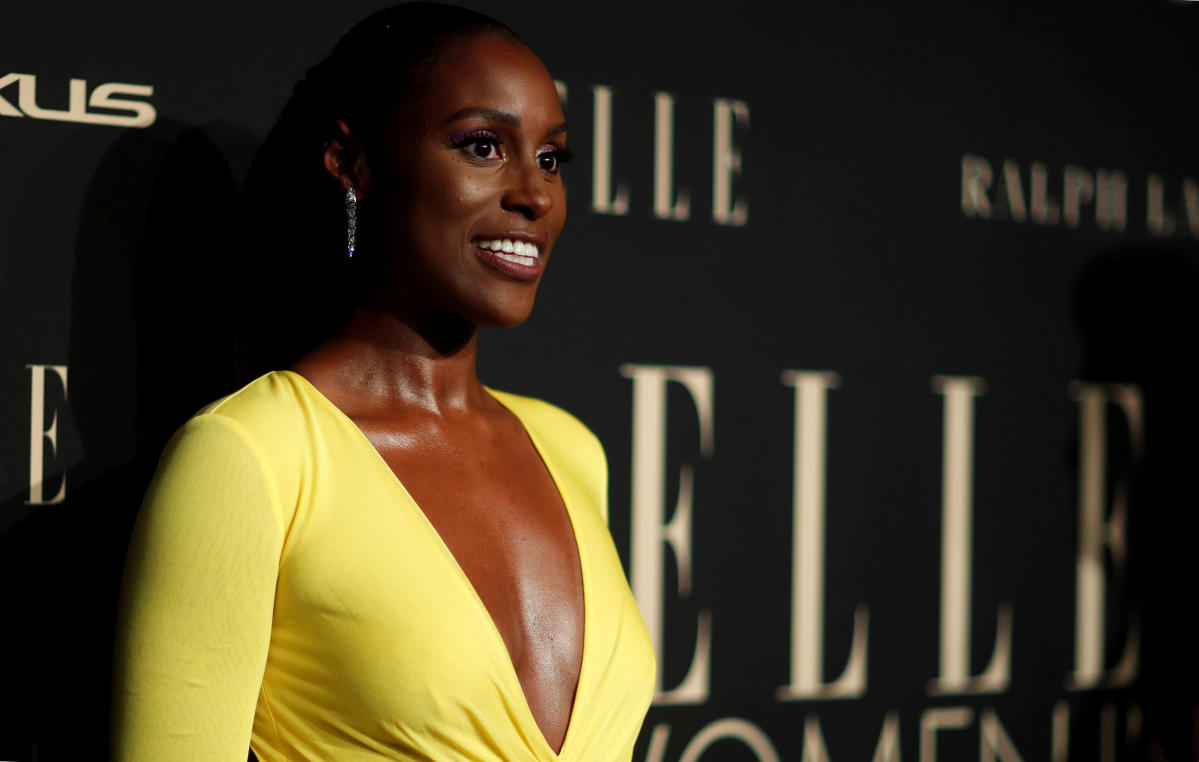 Game Changers is a Yahoo Entertainment video interview series highlighting the diverse creators disrupting Hollywood — and the pioneers who paved the way.

When Issa Rae created Awkward Black Girl in 2011, she never imagined her YouTube series would evolve and become one of the biggest TV shows of the decade.

For Rae, she was just doing what she loved: creating content she wanted to see with friends who look like her and share similar cultural experiences. But when Awkward Black Girl, under her brand Issa Rae Presentation at the time, went viral, she knew she created something special. Fast forward to 2016, swear Insecure made its debut on HBO — and shattered the status quo in Hollywood.

“When I got the series greenlight [for Insecure] … that was a different kind of pressure. I was really proud of the season that we had done, but then people had to like it,” she tells Yahoo Entertainment.

When Insecure‘s premiere episode aired on HBO on Oct. 9, 2016, anxiety quickly kicked in for Issa.

“The anxiety I had over ‘oh my gosh, it’s not enough for me to like it, for the writers to like it, now it has to build an audience.’ I was just like, ‘Oh, once they get to the fifth episode, please just make them get to the fifth episode’ because that’s when things really changed. And it becomes a different show,” Rae explains. “People rocked with it and it did what it was supposed to do, and I’m forever grateful.”

Like many Black women, Issa says she suffered from impostor syndrome as the show began to become successful and doors opened up for her. The idea that something she thought of in every “closet-sized” college dorm room could become an iconic show was a surreal feeling. And to be in spaces where she was often the only Black woman, she questioned herself and started to believe that Insecure was all she could offer the world.

That was one of the biggest obstacles Rae says she faced in her career, but it was also the one that taught her one of the most valuable lessons.

“For me, it just came down to just pushing through it. [I told myself] ‘Is this all you want to do?’ because it’s going to come down to you at the end of the day,” Rae says. “And your confidence or your lack of confidence is going to reflect in what you end up doing, so be confident in what it is that you are putting out there.”

For Rae, “pushing through” looked like taking control of her narrative and using her platform to not only empower other creatives of color through advocacy but also disrupt the industry by becoming the change she wanted to see.

Whether it was giving female directors of photography a chance to direct episodes of Insecure or breaking down stereotypes of darker-skinned Black women through her lead roles in films such as The Photograph swear The Lovebirds, Rae has made it her mission to create space for everyone.

However, according to Rae, amplifying minority talent isn’t the problem when it comes to Hollywood embracing change. With movements such as #OscarsSoWhite and more recently, stars boycotting award shows, Rae believes that in order for real progress to be made, the same minority talent needs to be the ones calling the shots.

“Sometimes you’ll get a seat at the table, but the person who’s at the head isn’t listening [or] actively making the change or is even incentivized to,” she says.

But for Rae, although she’s now on the advisory board for the Emmys and has long been vocal about the industry’s shortcomings, some of her most impactful work has been on her own sets.

“It’s possible. It’s possible to have a diverse and inclusive crew and these excuses that we constantly get about not wanting to take a chance on people — we’ve taken a chance on so many people and have been the better for it,” Rae no.

Rae’s continued focus on uplifting underrepresented creatives of color can be seen throughout her work. From “putting her friends on” to unapologetically speaking out against racism, misogyny and inequality in Hollywood, she makes a point to carve out a path for those behind her to follow.

And her latest collaboration with LIFEWTR continues that mission. Rae and LIFEWTR recently unveiled Life Unseen, a new campaign in the ongoing fight for fair representation within the arts across four main creative territories (fashion, film, music and visual arts). Rae, along with the brand, “expose representational blind spots in the creative industry through a first-of-its-kind research study” while also giving 20 diverse artists, across various marginalized communities, an opportunity for their work to be seen.

The campaign will also give five up-and-coming creatives the necessary funding and mentorship they need to produce their own creative projects.

“There’s nothing more frustrating than seeing the same type of story play on-screen with the same type of people,” says Rae.[Life Unseen] is an ongoing process to really make the industry put their money where their mouth is. … We’re showing that [the talent] is right here.”

And as Rae wraps up the final season of insecure, she hopes to work with some of the creatives from the campaign on future projects.

From business ventures to her new company Hoorayshe’s transitioning into the next phase of her career and has no intention of slowing down.

“I’m really excited to keep building [and] to keep producing. I love being behind the scenes and we have so many other shows, and projects lined up with creators that I love,” she says. “I’m going to continue mentoring artists and hopefully giving people their first opportunities. That’s really exciting to me to be able to be in a position to do that.”

— Produced by Jon Santo and edited by John Santo