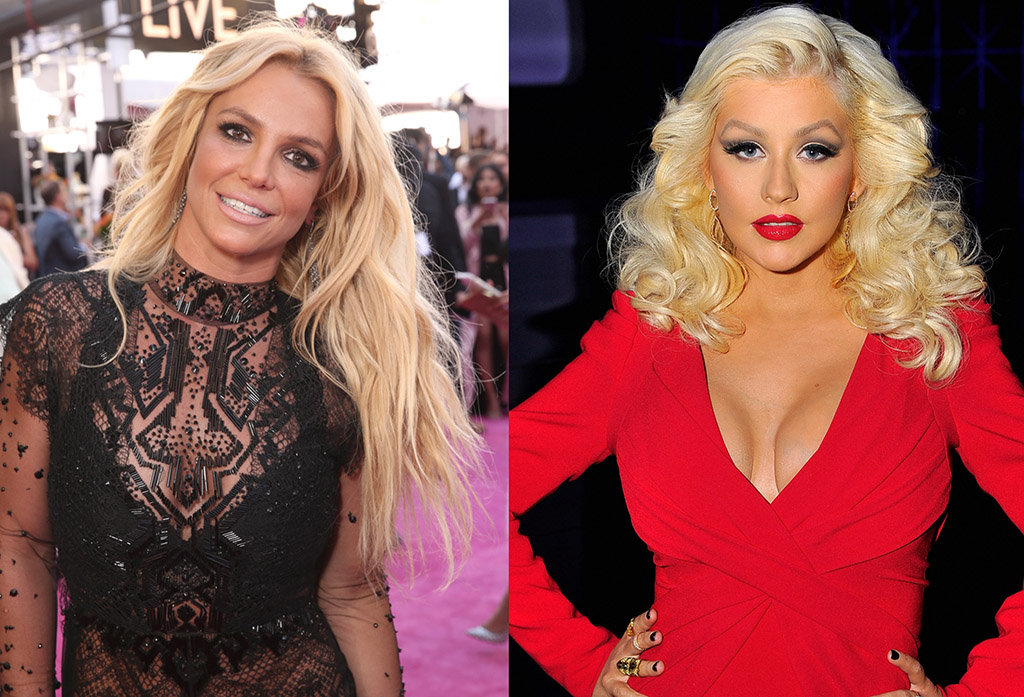 Is it 2002 all over again? Christina Aguilera and Britney Spears are back sharing headlines after the aforementioned superstar made a dig about the “Genie in a Bottle” singer.

Spears shared a quote from Rodney Dangerfield on Instagram which read: “I found there was only one way to look thin: hang out with fat people.” In her caption, the “Baby One More Time” singer called out Aguilera.

“I wish I could have chosen the nannies for my children … my dancers … I mean if I had Christina Aguilera’s dancers I would have looked extremely small,” Spears wrote. “I mean why not talk about it?? Don’t you think my confidence would have been a bit better if I could choose where I lived, ate, whom I called on the phone, dated and who was on stage with me !! ! It’s hard sometimes now I see how much of my womanhood was stripped away at that time and every person sat back and didn’t say a thing !!! I will be here talking bout things people NEVER talked about…”

Spears was slammed by many followers for “fat shaming.” As of Tuesday morning, the post is still up.

Page Six reports Aguilera unfollowed Spears shortly after the post. Yahoo Entertainment can confirm the former Voice coach is not following Spears, but is unable to verify the timing. A rep for Aguilera did not respond to Yahoo’s request for comment.

Aguilera and Spears’ rivalry made for plenty of tabloid fodder decades ago. The singers first shared the screen together on The Mickey Mouse Club in 1993 before becoming two of the biggest pop stars in the world. They were constantly pitted against each other amid their rise to fame in the late ’90s.

In 2003, Aguilera and Spears shared the stage with Madonna at the MTV Video Music Awards. While they both kissed the Queen of Pop, it was Spears’ smooch that captured the headlines. The singers rivalry intensified.

While discussing the kissAguilera told Blender magazine of Spears, “She seemed very distant, even during rehearsals. Every time I tried to start a conversation with her — well, let’s just say she seemed nervous the whole time. … She seems to me like a lost little girl, someone who desperately needs guidance.”

Spears responded to Blender that she couldn’t “believe Christina said that about me.”

“A lost girl? I think it’s probably the other way around,” Spears added.

Less than five years later, Spears’ life took a dramatic turn as she was put in a conservatorship that would last more than a decade. During Spears’ quest for freedom, Aguilera was among her famous supporters. In June 2021, after Spears’s explosive testimony in court about “abuse” suffered, Aguilera said it’s “unacceptable that any woman, or human, wanting to be in control of their own destiny might not be allowed to live life as they wish.”

“To be silenced, ignored, bullied or denied support by those ‘close’ to you is the most depleting, devastating and demeaning thing imaginable. The harmful mental and emotional damage this can take on a human spirit is nothing to be taken lightly,” she tweeted. “To a woman who has worked under conditions and pressure unimaginable to most, I promise you she deserves all of the freedom possible to live her happiest life. My heart goes out to Britney. She deserves all the TRUE love and support in the world. “

Spears wasn’t entirely satisfied with that message, though. When a clip of Aguilera refusing to talk about the conservatorship surfaced months later, Spears called out her former co-star on Instagram.

“I love and adore everyone who supported me … but refusing to speak when you know the truth, is equivalent to a lie!!! 13 years being in a corrupt abusive system yet why is such a hard topic for people to talk about?? “I’m the one who went through it!!! All the supporters who spoke up and supported me thank you,” she wrote. “Yes I do matter!”

In January, Aguilera said she hopes to reconnect with Spears.

“I would love that [speak with Britney]I would always be open to that,” she told radio host Enrique Santos. “It’s a subject that I definitely want to be careful of because I never want to speak out of turn about somebody that I have so much respect and admiration for. “

It’s unclear if that olive branch is now off the table.