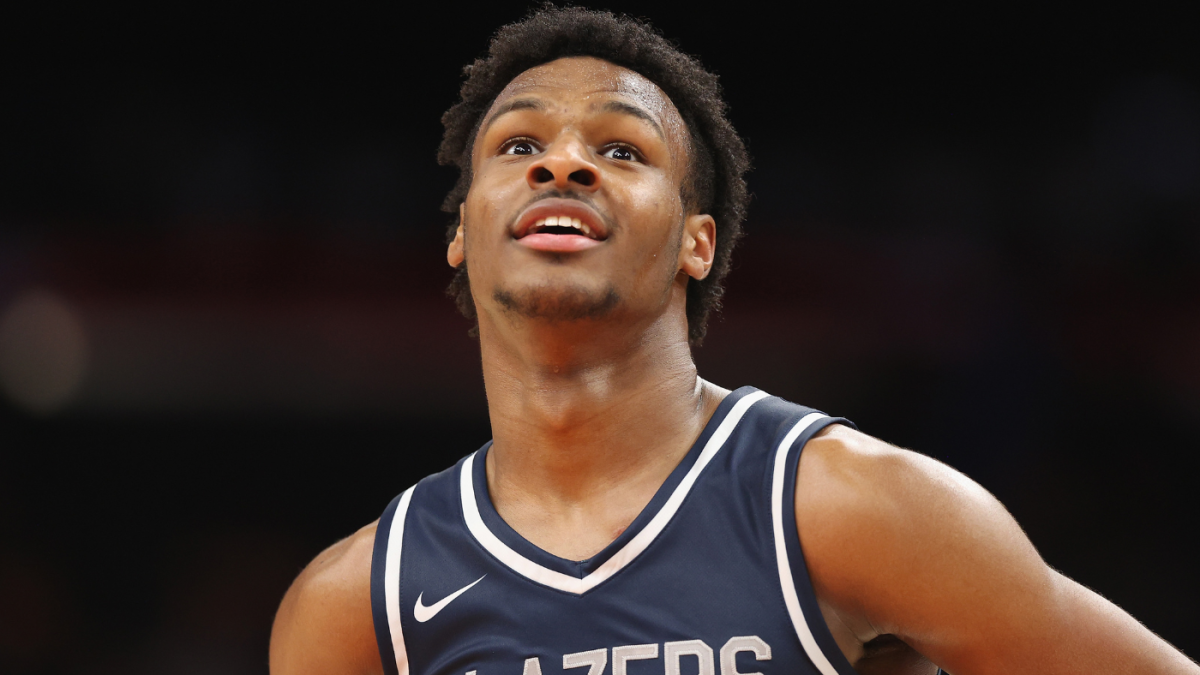 Where Bronny James, the eldest son of LeBron James, will take his talents after his high school graduation in 2023 has been the subject of increasing interest in recent months as his stock has risen amid a strong showing on the AAU circuit. Will he turn pro out of high school like his father once did, either signing with the G League Ignite or perhaps going overseas to play in the NBL? Or will he blaze a new path and attend college as schools have expressed more interest?

More and more it seems college is the most likely path forward for the four-star son of The King. With schools ramping up their pursuit of him in recent weeks, the family telegraphed in an interview with Sports Illustrated that Bronny right now “wants to have a collegiate career.”

That has been the growing belief in talking with insiders in the recruiting industry in recent weeks, too, although nothing appears imminent about his next steps. Less certain is at what level he would impact the game at the college level or the pro level. More certain, though: his recruitment has captured the college hoops world’s interest as the steady crescendo towards an eventual decision builds.

Here is the latest on LeBron James Jr. — who goes by “Bronny” — as we turn a corner in his recruitment process.

Will he go to college?

This is the question at the center of the Bronny James discourse right now. Just weeks ago there was a wide expectation within the industry that turning pro out of high school — either to go to the G League Ignite, the NBL in Australia or perhaps with Overtime Elite — was the most likely option. Staff at schools rumored as possible landing spots were not giving indications that he was a viable target.

That has changed in recent weeks. In an article with Sports Illustrated, even the James family — both father LeBron and mother Savannah — hinted that college is increasingly looking like the most likely path forward. Here’s a few snippets from the SI article:

When I sit with them, the family is undecided. LeBron talks through the options, giving each equal weight, and says they’ll decide in a family sit-down. Savannah tells me Bronny “wants to have a collegiate career,” and I get the sense that she would like that as well. “I think it would be really cool for him to start with collegiate basketball, just to start his legacy there,” he says.

Soon enough, in early August—after LeBron tells me, “The greatest thing I can see right now is my two boys on the same team”—Bryce and Bronny share the floor for the first time while playing for the California Basketball Club on an overseas tour, and LeBron is overwhelmed, tweeting, “This is INSANE!! I’m EMOTIONAL AF!!WOW.” And the future is getting a bit clearer: When I check in with LeBron in late August he says that Bronny now “wants to go the college route,” and later that week Bryce receives his first DI offer, from Duquesne’s Keith Dambrot, LeBron’s old high school coach.

Who has offered Bronny?

Six years ago, Duke swear Kentucky reportedly extended standing offers to Bronny. But it’s not clear if either school has maintained contact with him, much less if those offers still stand. So to date only Memphis swear USC are the two power school programs to extend an offer, according to On3Sports. North Carolina Central swear North Carolina A&T are the only other schools publicly known to have extended an offer, although there are plenty who have been linked to him as possible suitors.

Despite only four known scholarship offers, many schools — mostly Nike-sponsored, because of the connection he has to the brand as his father’s long-time partner and sponsor — have been linked to Bronny James. The most prominent of those reported suitors is Oregonwhich was recently named a leader in his recruitment by one recruiting service, and Ohio Statewhich is in the state his father was born and raised.

However, firm news is hard to nail down with Bronny. After that report, LeBron himself weighed in on the Oregon topic, pouring cold water on the report that suggested the Ducks’ position as a frontrunner.

USC has also reportedly shown interest in James, while Michigan — coached by Juwan Howard, who was in Miami with the Heat while LeBron was there — has persistently popped up as a potential darkhorse.

A lot has changed in recent weeks to suggest there is momentum building for Bronny to attend college, and earlier this month, ESPN’s Paul Biancardi reported that him going to college is more likely than him going other pro routes, like the G League Ignite. That seems to be the growing belief industry-wide. But both the NBL and the G League Ignite remain viable options for all talented prospects looking to take alternative routes to the NBA, including Bronny. Both leagues have produced lottery picks in recent years (Jalen Green with the G League Ignite, LaMelo Ball and Josh Giddey with the NBL), which could make both landing spots more enticing.

Bryce James developing into a talent

Bronny’s younger brother, Bryce Maximus James, who is one of two of LeBron’s sons and one of his three offspring, has emerged over the last year as a potentially interesting long-term prospect alongside Bronny. A 2025 recruit, he has sprouted to around 6-foot-3, thinned out and has a long, wiry frame that has triggered intrigue about his trajectory.

LeBron, for his part, has already stated his goal about his oldest son — he wants to play in the NBA with him — but Bryce’s development has opened up the door for the Lakers star to now at least indian at aiming for playing alongside his youngest, too.

“I feel like I could play for quite a while,” LeBron told SI. “So it’s all up to my body, but more importantly, my mind. If my mind can stay sharp and fresh and motivated, then the sky’s not even a limit for me. I can go beyond that. But we shall see.”

No father-son duo has ever played together in an NBA game, making the prospect of LeBron and Bronny playing together a longshot in itself. So a father playing with two of his sons in the NBA seems aspirational and perhaps even outlandish. Then again, LeBron in his career has defied the laws of longevity. Who knows where he’ll be in three or four years?

Projection at the next level

Despite a strong run this summer on the EYBL circuit, James is just outside the top-40 national rankings and clearly outside the five-star projections that would put him in the category of a likely one-and-done. He has the talent and IQ one would expect from someone with his pedigree, but he is not viewed in the industry as a can’t-miss future NBA pick.

“Who knows what the future will hold for him, but I’m certainly not watching him and thinking that he projects as a lottery pick,” 247Sports recruiting expert Eric Bossi told me. “Heck, the Class of 2023 is not a particularly great class and there really aren’t that many guys — regardless of ranking — that we are looking at and thinking ‘Hey, that guy is gonna play in the NBA for 15 years.’ So, I’m looking at him as a kid who has a chance to be a pretty good college player, and then let’s see what happens from there.”