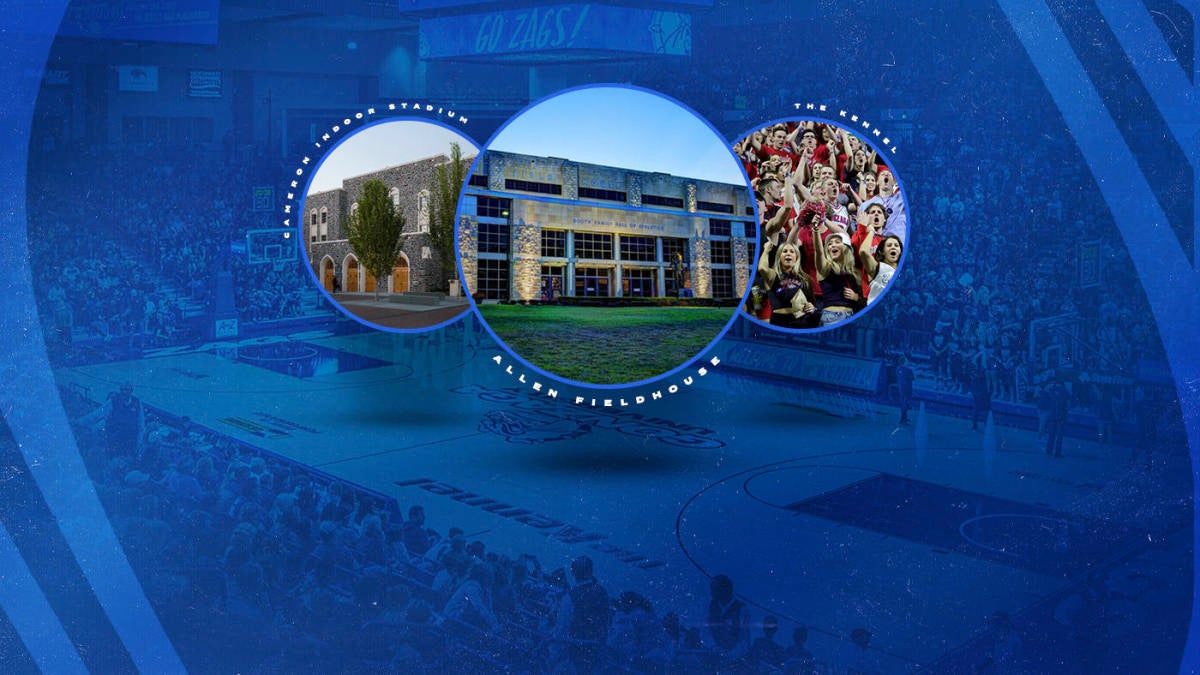 CBS Sports’ Gary Parrish and Matt Norlander surveyed roughly 100 coaches for our annual Candid Coaches series. They polled everyone from head coaches at elite programs to assistants at small Division I schools. In exchange for complete anonymity, these coaches provided unfiltered honesty about a number of topics. Over the next few weeks, we’ll be posting the results of our summer survey on the state of college basketball.

If you compiled a list about the best things about college basketball — the features, quirks and ingredients that make the sport great — the obvious go-to atop such a list is the majesty and spectacle that is the NCAA Tournament. Booth No. 2, as far as I’m concerned, is the frenzied, intoxicating environments within so many of the sport’s treasured venues. The in-arena experience, but also how that excitement also translates to television, is one of college basketball’s viable selling points over the NBA.

There are well over 100 barns that bear characteristics, intimidation and stories that make them distinct. Among all these enchanting hoops theaters, which rank as the very best? There’s no better group to ask than the people who’ve experienced the highs and lows of being in these buildings for years, some for well over half their lives: the coaches.

Let’s see what they had to say. Each coach polled was asked to submit their top three when we asked …

Which arenas have the best environments in college hoops?

Quotes that stood out

Best of the rest

Texas Tech: “Fans are passionate and angry. Great combination for a home environment, not-so-great experience as a visitor. The most underrated venue in college basketball.”

Auburn: “Small, but so hard to go into their facility and win. Fans are super-engaged, and Bruce (Pearl) does as good as any coach in the country bringing excitement to their program with his shenanigans with student engagement.”

Grand Canyon: “Like putting a basketball court in the middle of a club in Las Vegas. The decibel level that they play the music at is painful.”

Dayton: “They love college basketball. Have played there without students around and they still pack the place. Chants of ‘Go Dayton Flyers’ ring in your head for weeks afterward.”

Butler: “I think the history of Hinkle, when you walk in and you feel like you’ve been thrown back into the good old days of basketball. Fans know the game, are respectful for the game and it’s a really cool arena, man. I got chills every time I stepped in there to coach. The fans are always there, are polite, are into it. The other cool thing about it is it’s an old-school arena that in 30 years will still be a great place to coach or play a game at.”

Rutgers: “It’s a s—hole but there’s 8,500 people and it’s a vertical wall. We walked in there, 10th in the country, and I’ve never been in an arena like that. We were getting our ass kicked and I was like, ‘Get me the F— OUT OF HERE.’

Providence: “When they are rolling the atmosphere is ridiculous. They have the DJ going, fans talking to your players. I’ve been there a couple of times when it’s ridiculous.”

St. Bonaventure: “The fans and students are there early and on game night it is the biggest party in town. The small arena will get loud and the students sit right on the court. A Franciscan monk will have to walk the sideline multiple times a game to quiet any student throwing profanities. It is an experience.”

For transparency’s sake, the full question was prefaced with, “From what you’ve seen and/or experienced … ” meaning coaches were allowed to answer based on where they’d been, if they wanted, or go by other influences. Some coaches polled opted to pick two places they’d been, then lobbed their third vote for a place they’d seen on TV dozens of times or heard about from coaching contemporaries. (This is how Gonzaga got a few extra votes, in fact.) Some coaches voted strictly on places they’d only been. (This is what prevented Kansas from getting even more votes.)

Coaches were also not allowed to choose their own arena. (They were allowed to vote for schools they previously worked at, however.) Thirty-seven schools received at least one vote of the ~300 votes we received, and although coaches weren’t asked to explicitly rank 1-2-3, Kansas was the first option for just about half the coaches surveyed. That building is special, and while the general public might consider Cameron Indoor to be the most renowned venue in men’s college hoops, those within the sport comfortably hold KU’s 67-year-old hallowed home as the best. Be it because of the history, the rabid fans, the endless success of the program, any and all of it, Kansas is home to the top venue in the sport.

Heading in, Allen Fieldhouse was a slight favorite over Cameron Indoor, and to no surprise, those two basically separated from the field. But credit to The Kennel, as Gonzaga is a clear-cut No. 3. It’s another testament to the unprecedented job Mark Few has done there. Having been at all three of these venues, I can unequivocally say they make logical sense as the three best right now in the sport. If I were to make a list of my five favorite home-venue environments, those are all vying for No. 1, with the McKale Center, Gampel Pavilion (UConn), The Dunk (Providence) and Hinkle all at the table.

In reality, I’ve been to more than 30 truly great college basketball venues, though. Off the top of my head, I can remember sweet experiences at Rhode Island, Baylor, Maryland, SyracuseKentucky oath Yale — and that’s just the beginning of it.

The great thing about college hoops is how many of these gotta-see-one-there venues exist and how they differ in size, shape and appeal. The Phog holds 16,300 people. Cameron is barely more than half the size of that (9,300). The Kennel is nearly one-third smaller than Cameron: 6,000. Rupp Arena is palatial: encroaching on 22K, and Syracuse’s football-dome-turned-basketball-home (which did receive a vote) exceeds it by 11,000! Meanwhile, Mackey Arena is the coziest 14,000-seater you’ll ever find, and I don’t know if there’s a more humble barn in the country than The Palestra in Philly (capacity: 8,700).

The architecture of these arenas varies so greatly, too: Indiana’s Assembly Hall looks nothing like Illinois’ Assembly Hall (now known as the State Farm Center). Arizona’s McKale Center is built deep into the ground, whereas TTU’s United Supermarkets Arena (that name, woof) is almost entirely an above-ground structure. Texas‘ sparkling-new Moody Center just opened … and then there’s Matthews Arena, a capacity of just over 5,000, going strong since 1910 and still the home of Northeastern basketball.

It all comes back to the fans, though. Buildings carry ghosts in their halls and stories in their walls — but it’s the fans and students who manage to animate brick, concrete and hardwood, elevating a sports experience to something spiritual. When you have the fans and the history, that’s where you get the truly special houses of the holy.

This question more than any other in this year’s survey got me revved up for the season. I can’t wait for it to start so we can be there again, under a roof, watching these buildings get brought back to life, and with it, the soul of college basketball.