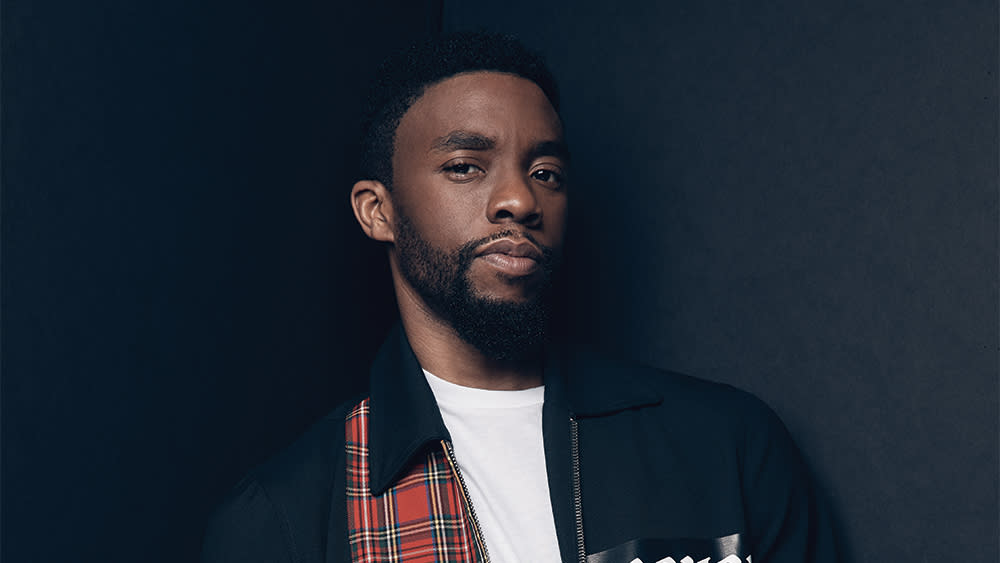 The “Black Panther” star was inducted alongside other stars like Anthony Anderson, Kristen Bell and Josh Gad at Friday’s Disney Legends Award Ceremony at the D23 Expo. Boseman’s brother, Derrick Boseman, accepted the award on his late brother’s behalf.

“When I heard that Disney wanted to honor Chad, the first word that came to mind for me was the word honor,” Boseman said. “As I think about my brother and this honor that is being bestowed upon him, I wish that he was here to receive it. Him not being here has been a point of immense pain for my whole family. But as I think about him, I think about how he honored our parents. How he honored his family. How he honored even his friends, and he made sure that his friends had good careers. How he honored all the contracts that he signed. He honored them with his blood, his sweat, his tears, as he played these roles and he was taking chemo at the same time.”

The Disney Legends Award, a 35-year tradition by the company, is given to an individual who has made an extraordinary contribution to the Disney legacy. Boseman, who died in 2020 after a private battle with cancer, was recognized posthumously for his renowned role as King T’Challa in the 2018 Marvel blockbuster “Black Panther.” Thanks in part to Boseman’s renowned performance, the film was widely acclaimed, earning a best picture nomination at the Academy Awards and grossing over $1.3 billion worldwide.

“Chad was an amazing person,” his brother continued. “Plato is credited with coining the phrase that ‘art imitates life.’ But Oscar Wilde came behind him and said, ‘Life imitates art.’ And in Chad’s case, it seems that life is imitating art. If we pay attention in this thing called storytelling, a story is being told to us all… Thank you for honoring my brother. I want to say: Chad, we’ll always love you. And mom and dad will always love you. To me, mom and daddy are also legends. Because it takes a king and a queen to create a king.”

“First, I’d like to say it’s an honor to stand before you as a Disney Legend. Growing up in Compton, California, about 25 miles west of here, Disney was always in the background,” Anderson said in his acceptance speech. “Disney has taught all of us to dream. And to dream big. And it has been said that if your dreams don’t frighten you, then you’re not dreaming big enough. Disney has inspired me and I hope it continues to inspire us all to dream larger than life…I hope that I stand before you as an example of what hard work, determination, dedication, sacrifice and dreams are all about.”

Stars from Disney’s “Frozen” were also recognized at the ceremony, including Bell, Gad, Jonathan Groff and Idina Menzel. “Frozen,” released in 2013, quickly became one of Disney’s biggest hits, with songs like “Let it Go” and “Do You Want to Build a Snowman?” taking popular culture by storm. In 2019, the cast members returned for “Frozen II,” a sequel that outpaced its predecessor at the box office with upwards of $1.4 billion worldwide gross.

“I would like to say that I’m sorry to every parent who has had to listen to ‘Frozen’ on a loop. I feel you, I see you, I am you. I get it,” Bell joked in her speech. She continued: “Disney taught me to dream big and follow your heart. And that it is totally appropriate to bust out into a song at any moment, which I really appreciate. Playing Princess Anna has been the highlight of my life I think — I mean other than my kids and stuff.”

Groff added: “As a young gay boy growing up in the late ’80s early ’90s in Lancaster, Pennsylvania, Disney VHS tapes were my primary escape. I dressed up as Peter Pan, as Alice in Wonderland, as Cinderella… Disney was my complete life as a kid. And getting to voice the role of Kristoff in ‘Frozen’ is a complete dream come true. And it’s extra special to be here with Idina and Kristen and Josh. I love the three of you so much and I’m so happy that we are forever tied to each other in this film… So thank you for creating a space where even young boys can put on their Anna and Elsa dresses and sing and express themselves as the true Disney Legends that they are.”

“I know what you are all thinking. “Who the heck is this guy?” Coltrin said as he took the stage. “We are imagineers, and for the most part we are kind of invisible. And that’s okay. We work behind the scenes and we let our creations be the stars you come out to see. Except for days like this when you drag us from behind the curtain, and here I am.”

The Disney Legends Awards ceremony kicked off the D23 convention in Anaheim, a three-day event featuring panels and presentations for all of Disney’s biggest properties, like Pixar, Lucasfilm and Marvel.