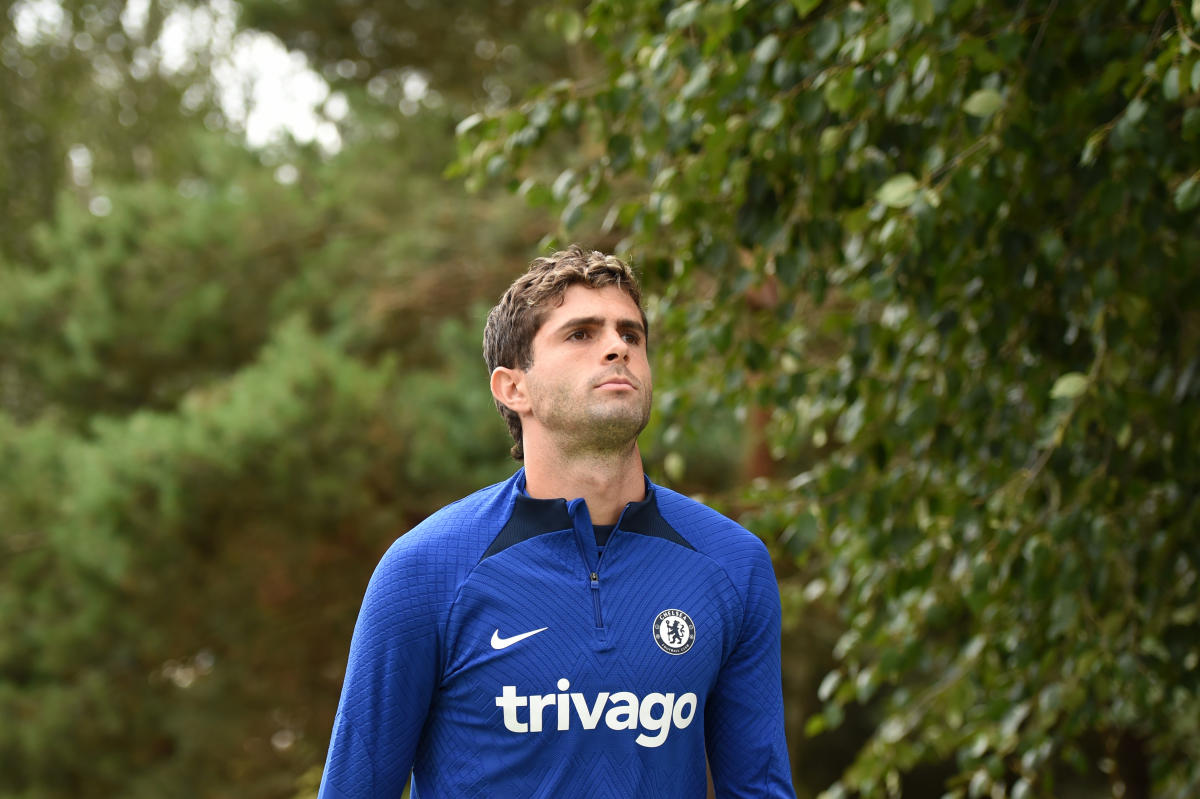 Christian Pulisic has been fighting at Chelsea Football Club since the day he arrived. He has fought for his place among a bevy of attackers signed to replace him. He has fought against injuries, COVID and depression. He has fought to earn the trust of a manager who inherited him, and then a manager he’d previously escaped, and throughout this summer — with transfer rumors swirling — he vowed to continue fighting.

But in any prolonged battle, in sport or in life, there comes a time when a valiant fight becomes a vain one.

It’s unclear whether Pulisic has reached that tipping point. Tuesday night, however, offered alarming hints. The 23-year-old winger stumbled through 25 minutes off the bench as a wingback. He buckled under Southampton pressure, and twice appeared to trip over the ball. He dug out feeble crosses. He jinked into defenders rather than around them. His typically sharp soccer brain looked overwhelmed.

And then, at the final whistle of a 2-1 defeat, the weight of everything seemed to push him towards the tunnel. As Chelsea players exchanged handshakes with opponents and applauded fans, No. 10 stalked out of view.

Pulisic has never publicly expressed exasperation with his situation at Chelsea. Heh told ESPN last month that constant competition for minutes is “just life at a big club,” and “what you sign up for.” But he didn’t sign up for it this. He has started zero of Chelsea’s first five Premier League matches. And unless something changes over the next 48 hours, he is stuck.

Europe’s summer transfer window closes on Thursday. Pulisic has been the subject of reported interest from a variety of clubs — Manchester United, Newcastle, Atletico Madrid and more. But according to that multiple reports this week, Chelsea has decided to keep him.

And for a while, that seemed sensible — for players and clubs alike. Every single week between now and November’s World Cup, save for one international break, will throw two games at the Blues. Pulisic, realistically, should play in plenty of them, and start at least a few.

But now there is mild panic. When manager Thomas Tuchel rotated his starting lineup on Tuesday, he opted for Hakim Ziyech, not Pulisic. When Pulisic came on, he hugged the touchline in an unfamiliar and unwelcome role. And he looked nothing like his best self.

None of this is preparing Pulisic to star for the US in Qatar. None of this is bolstering his confidence nor his fitness. None of this is helping his long-term development. The situation is increasingly inhibitive. There was a time in his career when fierce competition might have pushed him; when discomfort bred growth. That time is either dwindling or gone.

There is, on the other hand, no empirical evidence to suggest that Pulisic’s US form is tied to his club form. He, more so than most American players, should be a fixture for the national team even as a castoff at Chelsea. US head coach Gregg Berhalter has backed him to find his way.

“I mean, every year, it’s, ‘He may not be a starter.’ Every year, you hear that,” Berhalter continued. “And every year, he ends up on the field, because of his contribution. He’s a goalscorer. He’s a winner. What I’ve seen from him in the last couple years is his mentality has completely shifted, and he embraces stuff like this . He’s not scared of challenges like this. And I’m excited to see how he performs this year.”

But he has not been performing particularly well so far this season. Whether that is his fault or Tuchel’s or somebody else’s is increasingly irrelevant. That he would be better off elsewhere is increasingly clear.

This, of course, does not mean he would be better off anywhere else. There is no guarantee of playing time at Man United or even Newcastle. There is no need to make a rash move simply to move. But there is a growing need to explore options, especially as Chelsea continues to pursue other attackers — Everton’s Anthony Gordon and Barcelona’s Pierre-Emerick Aubameyang — that could push Pulisic further down its pecking order.

In light of that, the club’s stance that Pulisic will stay — while Ziyech and Callum Hudson-Odoi are apparently allowed to leave — is a strange one.

The hope, at least among many US fans, is that the Southampton defeat and a looming deadline could spur action. Perhaps Pulisic, along with his agent, could spur it too. But if not, he is stuck in a far-too-familiar state of uncertainty, “constantly feeling that I had to prove myself over and over again,” as he says in a forthcoming book. He’ll have to do so again, and soon, if he’d like to sharpen up ahead of his first World Cup.