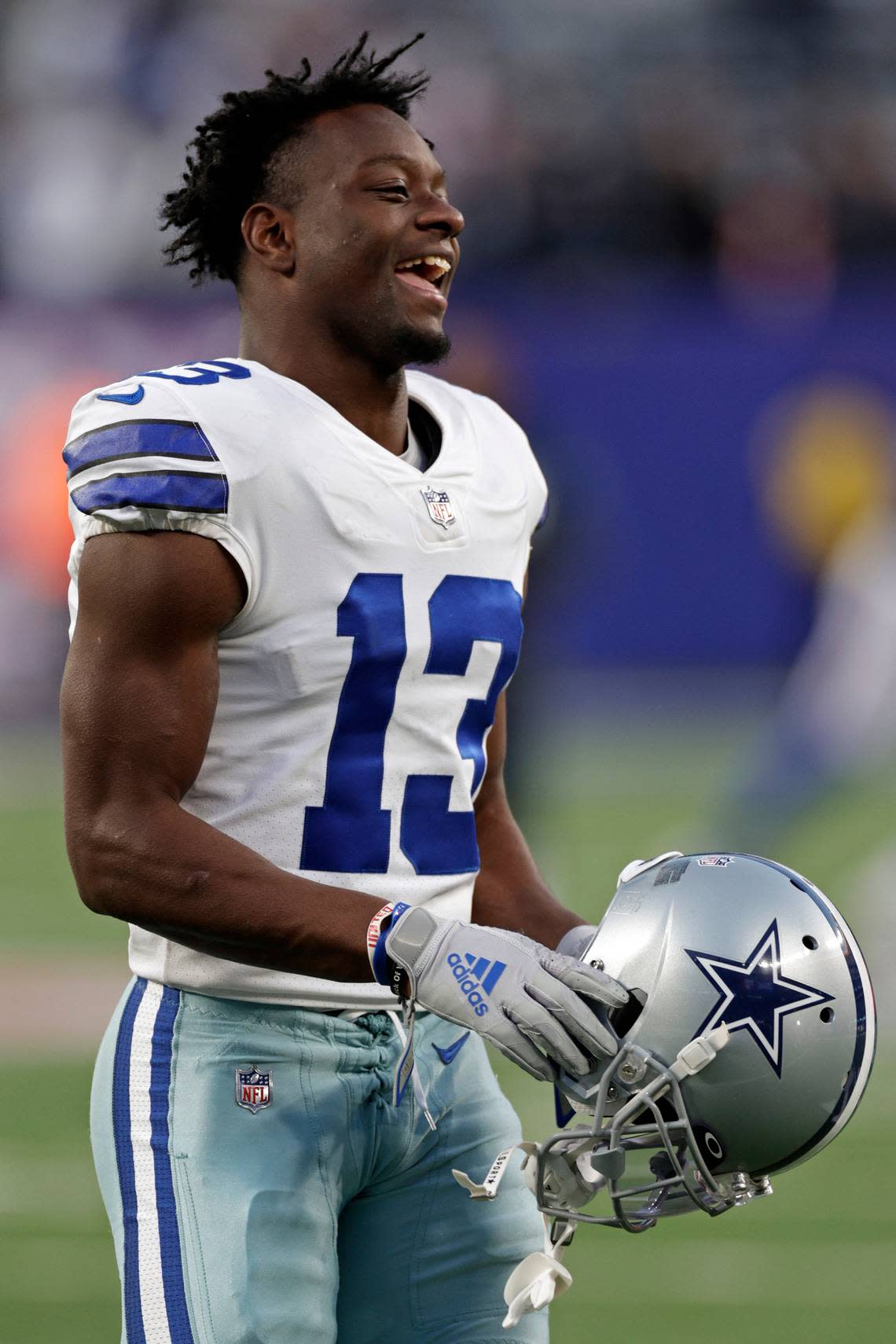 The Dallas Cowboys followed league rules and cut their roster to the NFL-mandated 53-man limit on Tuesday.

It’s far from the final roster and is not indicative of who will suit up for the season opener against the Tampa Bay Buccaneers on Sept. 11 at AT&T Stadium.

So write it down in pencil, not in ink as the Cowboys have just one specialist and one quarterback on the initial roster.

More moves will come as soon as Wednesday when left tackle Tyron Smith (hamstring) and receiver James Washington (foot) are moved to the injured reserve list.

They were kept on the final roster so they will be allowed to return this season, which means that some veteran players were sacrificed for one day of paperwork.

There could also be some waiver wire claims as the team looks to add depth on the offensive line.

Owner Jerry Jones acknowledged on his radio show on 105.3 The Fan on Tuesday that it’s safe to say that rookie first-round pick Tyler Smith, who is battling a minor high ankle sprain, will open the season as the starter at left tackle.

Jones is excited about Tyron Smith’s return for a possible playoff run.

“I expect to have Tyron back, and I expect to have him back right in the middle of things,” Jones said. “We all have just lived last year to know when you want your best firepower to be your healthiest is when you go into those playoffs. I think Tyron will be back and he’ll be back for the meat of the season.”

Dak Prescott survives as a lone quarterback for now

Might the Cowboys have taken the designation of Dak Prescott as QB1 a little too serious? He is the lone quarterback on the final roster after Cooper Rush, Will Grier and Ben DiNucci were released.

Again, this is more about roster manipulation. The team will likely bring Rush back to the active roster as the No. 2 and hopefully sign Will Grier to the practice squad if he passes through waivers and doesn’t get claimed by another team. Both are expected back in some form.

Jerry Jones said Prescott is in the best shape he has ever seen him.

The final roster included only one specialist in punter Bryan Anger. Kicker Brett Maher, deep snapper Jake McQuaide and special teams ace CJ Goodwin were released. Because they are vested veterans, they don’t go through the waiver process. So they can’t be claimed.

They will sit for a day and be brought back to the active roster, unless you believe the Cowboys are going to start the season without a kicker and a deep snapper.

Again, the Cowboys had some quid pro quo conversations with Maher, McQuaide, Goodwin and quarterback Cooper Rush to be patient and not sign with another team.

It’s their annual way of massaging and manipulating the roster on final cuts.

The Cowboys kept seven receivers on the final roster. James Washington (foot) will move to injured reserve. Michael Gallup, who spent the preseason on the physically unable to perform list rehabilitation from a torn ACL, will remain on the roster as he will be ready to go sooner rather than later.

Jerry Jones said the Cowboys are being conservative and cautious. “If (Week 1) was the Super Bowl, he’d be lining up and playing. He’s that ready.”

The Cowboys will open the season with two rookies among the healthy options at receiver in Jalen Tolbert and Dennis Houston and just one receiver in CeeDee Lamb, who has ever caught a touchdown pass from Dak Prescott.

Team strength is on defense

That the defense was the strongest unit on the Cowboys was reflected in the roster decisions and final cuts. Jerry Jones said the toughest decisions to make were on defense.

The Cowboys kept 28 players on defense and 24 on offense. That includes 11 defensive linemen, six linebackers, five safeties and seven cornerbacks.

Jones said the safety position, led by Jayron Kearse and Malik Hooker, is the strongest it’s ever been since he bought the team and that includes the Super Bowl rosters of 1992, 1993 and 1995.

Of the Cowboys blank rookie draft picks, only linebacker Damone Clark did not make the final roster and that was expected after he underwent spine surgery and was placed on the non-football injury list to open training camp. This will be a redshirt year for him.