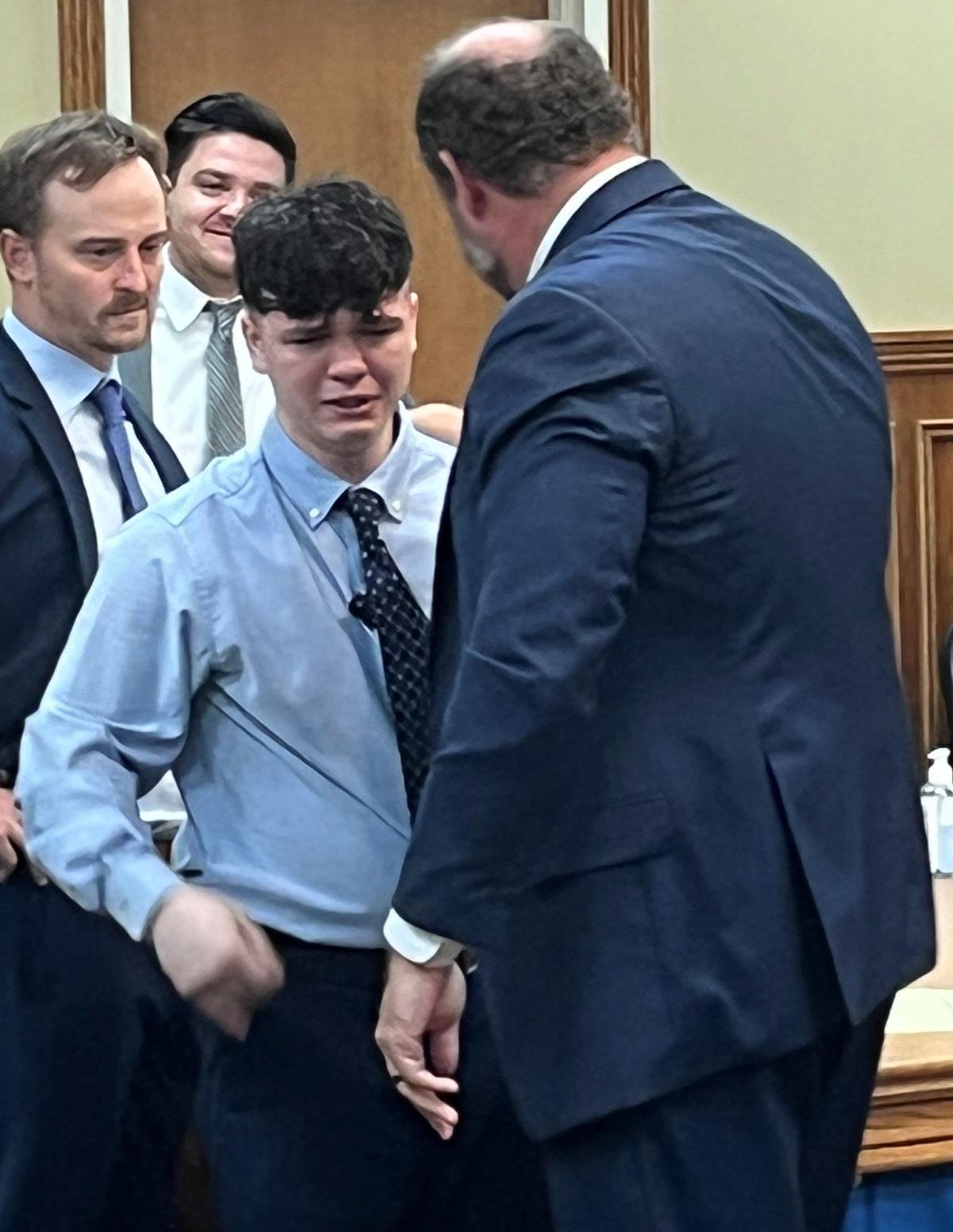 Then jealousy transformed the get-together into tragedy.

One of the students, JayShawn Taylor, a junior at Mt. Juliet High School, was killed.

Nearly four years later, at the trial of Ethen Vanderpool, Wilson County prosecutors reminded a jury this week of the chaotic scene.

Vanderpool, who was a 15-year-old at the time of the shooting, looked down when graphic photos of the crime scene were shown in court.

The shooting occurred in the 200 block of Northwest Clearview Drive, near Old Hickory Lake. Witness testimony said Vanderpool became angry when he believed Taylor looked at one of the girls Vanderpool was dating at the time.

How the shooting unfolded

It is Nov. 15, 2018, two girls left Mt. Juliet High and picked up Taylor that afternoon, driving him to Vanderpool’s residence, according to testimony. Taylor had stayed home that day.

Vanderpool was previously enrolled in Wilson County Schools, but was homeschooled at the time of the shooting, officials have said.

In a series of graphic text messages, Vanderpool expressed concerns about Taylor joining the group at the residence.

The texts included threats: If Taylor looked at one of the girls Vanderpool was dating at the time…

When the group arrived at the home, the four teenagers, including Vanderpool, went to a nearby gas station to buy materials used for “huffing” or sniffing glue. The group returned to the home, with Vanderpool and Taylor initially getting along, according to testimony.

Vanderpool then brought out a gun at the home during the get-together and allowed Taylor to handle the weapon, based on testimony.

At some point, the weapon dropped from the bed in a room to under the bed. Vanderpool became angry at how he perceived Taylor looked at one of the girls who went under the bed to retrieve the gun, according to testimony.

Vanderpool grabbed Taylor’s shirt and backed Taylor on the bed, based on testimony.

Wilson County Sheriff’s Office Deputy Ben Smith testified that Vanderpool called 911 and described a break-in, that he was defending the two females.

The girls at the home initially went along with the claim that the shooting resulted from a home invasion. Both later changed their stories, according to testimony.

Elements of the home were arranged to match a story about a home invasion, prosecutors said.

Prosecutors pointed to at least 27 minutes — when the shooting occurred until 911 was called. Vanderpool initially threatened to shoot himself after Taylor was shot, one of the witnesses said.

Prosecutors argued Vanderpool made a series of intentional decisions leading up to the shooting and that the text messages showed Vanderpool “was looking for an opportunity to shoot JayShawn,” Bush said during closing arguments.

Huffing glue was described in court by the teen girls as a short-lived high that can involve hallucinating. The state maintained there was no conclusive evidence that Vanderpool was under the influence at the time of the shooting.

The defense team, meanwhile, raised accusations that the crime scene was mishandled by the police and contributed to inconclusive evidence.

A lawyer for Vanderpool stated the shooting was not premeditated and the text messages were more talk than calculations.

His defense also challenged the testimony of other girls at the home — inconsistencies in their statements following the shooting and leading up to the trial.

“A great tragedy occurred, we’re not going to dispute that,” defense attorney Kirk Catron said during the opening arguments, “(but) nobody planned anybody’s death.”

Vanderpool did not testify.

‘He’ll be in there for a while’

On Thursday, the jury deliberated just over an hour.

Vanderpool, who was a 15-year-old at the time of the shooting, was convicted of second-degree murder.

The jury’s verdict came after Vanderpool was charged with first-degree murder. Vanderpool, who turned 19 in September, was charged as an adult.

“They did the best they could,” JayShawn’s mother, Kesa Taylor, said of the verdict.

“It’s not first-degree, but it’s second. He’ll be in there for a while.”

Sentencing for Vanderpool is scheduled for Jan. 10.

Reach Andy Humbles at ahumbles@tennessean.com or 615-726-5939 and on Twitter @AndyHumbles.