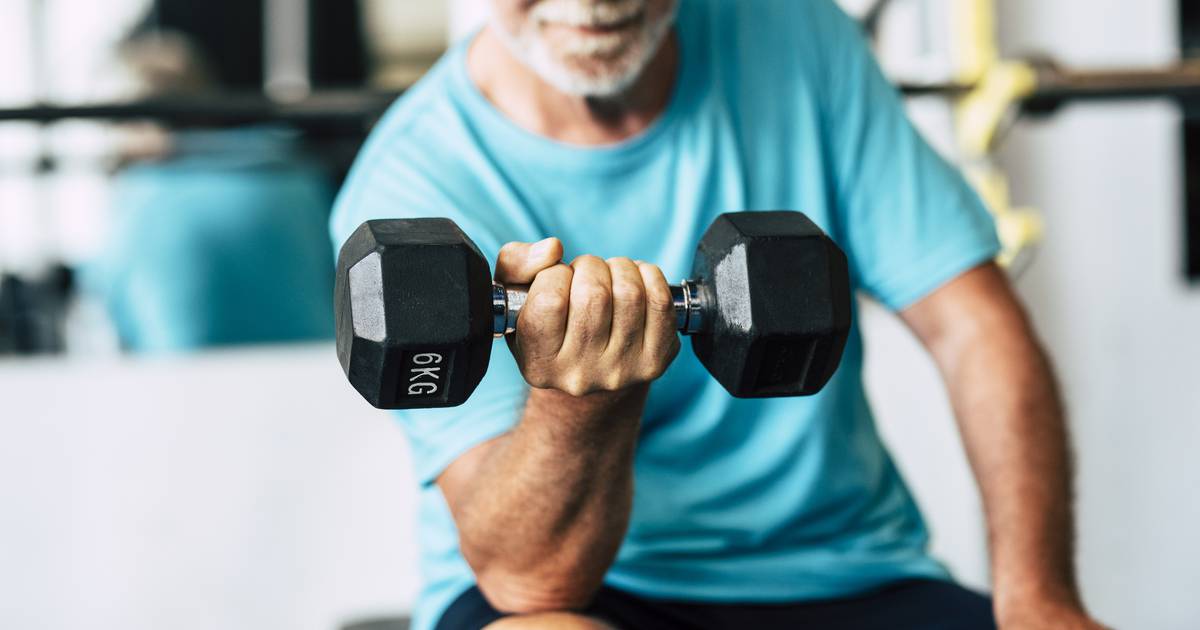 Regular physical activity has many known health benefits, one of which is that it might help you live longer. But what’s still being determined are the types and duration of exercise that offer the most protection.

In a new study published in the British Journal of Sports Medicine researchers found that although doing either aerobic exercise or strength training was associated with a lower risk of dying during the study’s time frame, regularly doing both – one to three hours a week of aerobic exercise and one to two weekly strength-training sessions – was associated with an even lower mortality risk.

Switching from a sedentary lifestyle to a workout schedule is comparable to “smoking versus not smoking,” said Carver Coleman, a data scientist and one of the authors of the study.

The paper is the latest evidence in a trend showing the importance of strength training in longevity and overall health. “The study is exciting because it does support having a mix of both aerobic and strength training,” said Dr. Kenneth Koncilja, a gerontologist at the Cleveland Clinic, who was not involved in the study. “That is definitely something I talk with my patients about all the time.”

For the study researchers used National Health Interview Survey data, which followed 416,420 American adults recruited between 1997 and 2014. Participants filled out questionnaires detailing the types of physical activity they had been doing, which included specifying how much moderate or vigorous exercise, along with how many sessions of muscle-strengthening exercises they did in a week.

After adjusting for factors such as age, gender, income, education, marital status and whether they had chronic conditions, such as diabetes, heart disease or cancer, researchers found that people who engaged in one hour of moderate to vigorous aerobic activity a week had a 15 percent lower mortality risk. Mortality risk was 27 percent lower for those who did three hours a week.

But those who also took part in one to two strength-training sessions per week had an even lower mortality risk – 40 per cent lower than those who didn’t exercise at all. This was roughly the difference between a non-smoker and someone with a half-a-pack-a-day habit.

Link between strength training and longevity

Experts say it has been difficult to study longevity and strength training because so few people do it regularly. Even in the recent study, just 24 per cent of participants did regular strength training (as opposed to 63 per cent who said they did aerobic workouts). “Even with huge cohorts like we had here, the numbers are still relatively small,” said Arden Pope, an economist at Brigham Young University and one of the authors of the paper.

However, research is starting to catch up. In a recent meta-analysis, published in February, also in the British Journal of Sports Medicine, researchers were able to quantify the effect of strength training on longevity outside of aerobic activity.

They found that the largest reduction was associated with 30 to 60 minutes of strength training a week, with a 10-20 percent drop in the risk of mortality, cardiovascular disease and cancer. However, as Haruki Momma, a sports scientist at Tohoku University and one of the authors of the study, points out there needs to be more research done to find the optimal amount of strength training.

Even though more research is needed, experts generally agree that regular strength training can have important benefits for healthy aging, including maintaining a high quality of life.

“You will function at a much higher level for longer if you have good muscle strength,” said Dr. Bruce Moseley, an orthopedic surgeon at Baylor College of Medicine.

Muscle strength is required for a number of daily activities, such as getting out of a chair, opening a jar of pickles, carrying groceries into the house or doing yardwork. However, “we progressively lose muscle mass as we age,” said Monica Ciolino, a physical therapist at Washington University in St. Louis.

This muscle loss usually starts in a person’s 30s and progresses with age. However, “we can absolutely fend off the negative effects” with regular strength training, Ciolino said. And it’s never too late to start. Research shows even septuagenarians with mobility issues can benefit from a regular strength-training program.

Moseley suggests aiming for a consistent strength training schedule and easing into it to avoid overuse injuries. “Keep it at a light and easy level at first,” he said. “Once your body starts getting adjusted, then you can start increasing.”

If you are still uncertain about certain exercises, he recommends seeking out expert advice through an exercise class or consulting with a personal trainer. The important thing, he said, is to get started and to make it a habit. Not only can this help you live longer, it will improve your quality of life.

“When I ask people, ‘what does successful aging mean to you?,’ people say they want to be independent, they want to maintain their function and quality of life, they want to do the things that they want to do,” Koncilja got “It’s not necessarily just living as long as possible.” – This article originally appeared in the New York Times