The Queen was best known for her stoic manner and reassuring voice of calm in moments of crisis.

But Her Majesty also had a wicked sense of humor, which only those closest to her got to witness first-hand.

In one of the best examples, one of her former protection officers revealed a hilarious prank she played on two American tourists.

Richard Griffin told how the monarch had been hiking near the grounds of her estate in Balmoral, Scotland, wearing her tweeds and a headscarf.

She walked by a group of American tourists, but they failed to recognize her and asked if she lived nearby, to which she said she did.

Yet when asked if she had met the Queen, the monarch playfully hit back: ‘No, but he has’, pointing to her protection officer.

They then asked Her Majesty to take a photograph of them with the policeman, before they also took one with her.

Richard Griffin told how the monarch had been hiking near the grounds of her estate in Balmoral (pictured, on the land), Scotland, wearing her tweeds and a headscarf

Griffin, who worked for the royals for over 30 years, told the story to Sky News during the Platinum Jubilee celebrations across Britain in June.

He said: ‘Normally on these picnic sites you’ll meet nobody. But there were two hikers coming towards us and the Queen would always stop and say hello.

‘And it was two Americans on a walking holiday. And it was clear from the moment we first stopped they hadn’t recognized the Queen, which is fine.

‘The American gentleman was telling the Queen where he came from, where they were going to next and where they’d been to in Britain.

‘And I could see it coming and sure enough he said to Her Majesty, and where do you live?

And she said well I live in London but I’ve got a holiday home just on the other side of the hills. 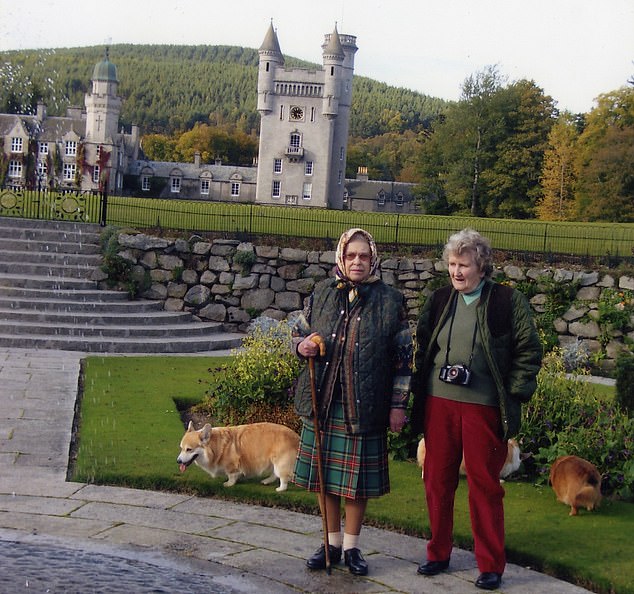 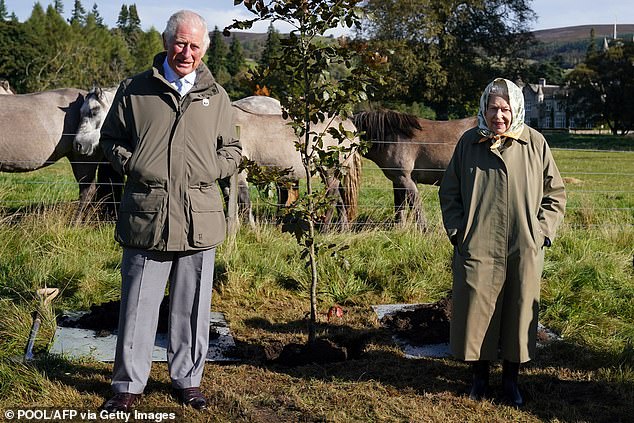 ‘He said how often have you been coming here? Oh, she said, I’ve been coming up here ever since I was a little girl, so over 80 years.

He said well if you’ve been coming up here for 80 years you must have met the Queen.

‘As quick as a flash she said: ‘Well I haven’t, but Dickie here meets here regularly. The guy says to me, you’ve met the Queen? What’s she like? 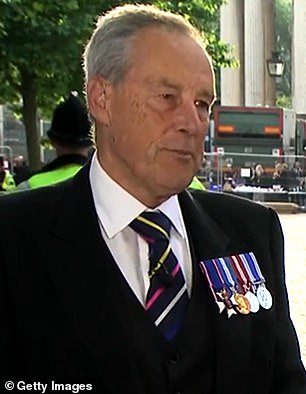 Griffin, who worked for the royals for over 30 years, retold the story to Sky News during the Platinum Jubilee celebrations across Britain in June

‘I said well she can be very cantankerous at times but she’s got a lovely sense of humor.

‘The next thing I knew this guy comes around put his arm around my shoulder and before I see what was happening he gets his camera, gives it to the Queen and says can you take a picture?

“Anyway we swapped places and I took a picture of them with the Queen, we never let on, and we waved goodbye and Her Majesty said to me “I’d love to be a fly on the wall when he shows that to his friends in America.’

Although it was not a recent encounter, the Queen often enjoyed a more low-key lifestyle when staying at Balmoral.

She usually swaps her signature eye-catching colored dresses that she wears to royal engagements for pared-back clothes and wellington boots.

Balmoral Castle has been a residency of the British royal family since 1852. It sits on extensive grounds that cover an area of ​​around 50,000 acres.

As a working estate, it includes forestry and farmland as well as managed herds of deer, Highland cattle and ponies.

Balmoral has long been one of the Queen’s favorite places and she is said to never be happier than when staying there.

She travels to the estate in Aberdeenshire each summer, with members of her family invited to spend time with her while she is there.

Balmoral Castle was handed down to her through generations of royals after being bought for Queen Victoria by Prince Albert in 1852.

The Queen’s traditional annual stay at the main property – after a break at Craigowan Lodge on the estate in July – usually stretches through August and September and into October. 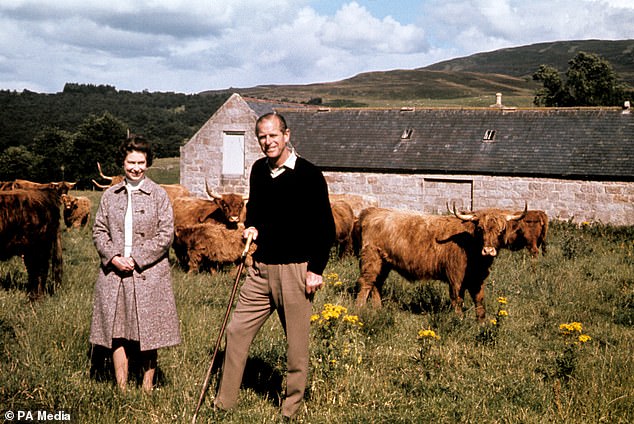 This year she traveled to Balmoral on July 21 and remained at the estate to appoint a new prime minister there for the first time in her reign on Tuesday.

The 96-year-old monarch, who has faced ongoing mobility issues, traditionally holds audiences with outgoing and incoming prime ministers at Buckingham Palace, but this year stayed in Scotland.

Outgoing prime minister Boris Johnson and his successor Liz Truss made the 1,000-mile round trip to Aberdeenshire for the key audiences this week.

It came after the Queen broke with convention earlier this summer when inspecting a guard of honor to officially mark taking up residence at her Scottish home.

Traditionally she inspects the guard of honor at the gates of Balmoral, but this year she held the event privately within the estate’s grounds for her ‘comfort’, sources said. 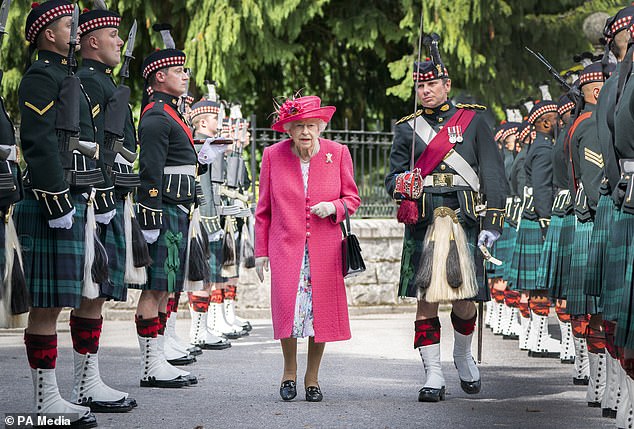 Balmoral, like Sandringham, is a private residence of the Queen rather than a royal residence belonging to the Crown.

Princess Eugenie, the Queen’s granddaughter, once described Balmoral as the most beautiful place on the planet.

‘Walks, picnics, dogs – a lot of dogs, there’s always dogs – and people coming in and out all the time,’ she said.

‘It’s a lovely base for Granny and Grandpa, for us to come and see them up there; where you just have room to breathe and run.’

Years of royal memories have been forged at Balmoral, including family barbecues – where the Duke of Edinburgh did the cooking and the Queen the washing-up.

After Philip and Princess Elizabeth married in 1947, they spent part of their honeymoon at Birkhall – a grand hunting lodge on the Balmoral estate.

The Queen was staying with her grandsons William and Harry at Balmoral when their mother Diana, Princess of Wales died in a car crash in Paris in 1997.