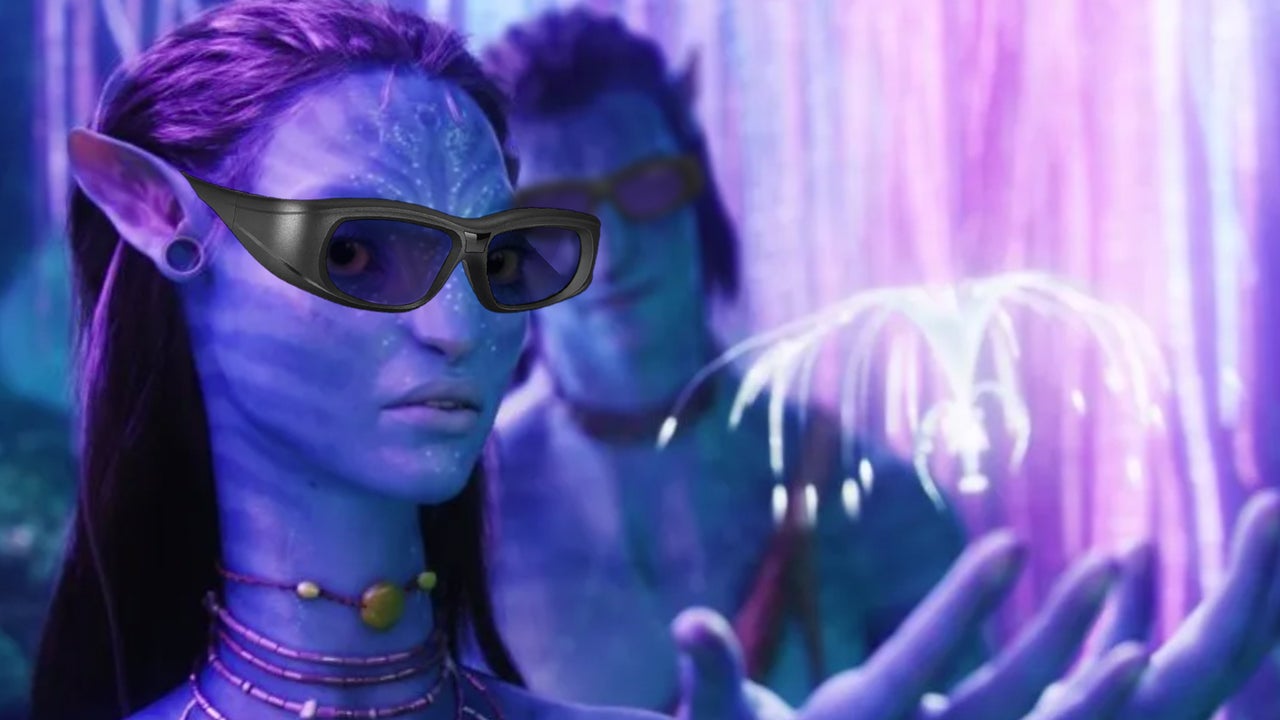 James Cameron isn’t known for half-assing things. In fact, quite the opposite. A straightforward theatrical re-release of the original Avatar would probably do fine at the box office and drum up some hype for the long-awaited sequel, Avatar: The Way of Water. But why stop there? Cameron has taken things a step further, overseeing a full 4K HDR remaster.

IGN had a chance to speak with the director about revisiting the 2009 film and how he went about retooling it to fully utilize the technology of modern movie theaters.

“I was a little nervous before we started the process that it wouldn’t hold up, because there are so many big effects movies out there these days,” Cameron told IGN. “But I’m not nervous now… I was a bit shocked at how good it looks.”

Thanks to modern projectors that support high dynamic range, the Avatar remaster was able to address a common gripe about 3D movies: “It’s just brighter at the screen, which is always an issue with 3D because you’re putting on glasses that filter out half the light. So the brightness at the screen is absolutely critical for the enjoyment.

“High frame rate is available; we’re using it as an authoring tool to improve some of the 3D, but we’re not just broadly applying it as a format,” Cameron explained. “Atmos 9.1 sound wasn’t available at the time, so we remixed the film, remastered it with better sound format. It literally looks and sounds better than it has before.”

I was a little nervous before we started the process that it wouldn’t hold up.

Many of the improvements made for the remaster were made easier thanks to the quality of Avatar’s visual effects when it was first released. “Weta had done such a good job at the time, doing their renders in high dynamic range anyway – even though projection couldn’t handle it at the time – we didn’t have to do that much,” he said. And while a higher frame rate is a divisive topic among cinephiles, Cameron and company are applying it sparingly. “We created new [48-frame-per-second] interframes to smooth out some of the strobing and some of the rapid camera moves – during the viperwolf chase, the thanator chase, things like that – to improve the stereoscopic experience.”

Avatar isn’t the only one of Cameron’s movies getting a remaster, as Titanic will be getting the same treatment for its 25th anniversary next year. While Avatar was always intended to be seen in 3D, Titanic had to undergo a full conversion. “Most conversions are kinda done cheapo and I think we spent 18 million dollars on the 3D conversion for Titanic, so it was handcrafted 3D,” said the filmmaker. “The goal was to make it indistinguishable from original 3D photography, and I had done so much 3D photography that I knew what to ask for.”

You don’t exactly need an MBA to figure out the reasoning behind putting two of the most profitable movies of all time back in theaters. Avatar’s return to theaters makes a lot of sense considering how long the wait has been for the sequel.

“Obviously our goal isn’t just to put it out and make a bunch of money, the goal is to get it out there as… think of it like a ‘season of Avatar,’ rolling up to the release of a new Avatar film after a decade,” Cameron told us. “A lot of young fans haven’t gotten to see it in a theater at all! Whether they like the movie or are indifferent to it or only just know about it, they haven’t really seen it unless you see it in a movie theater. And that would be true even of people who saw it back then. The memory fades of the power of the experience in a theater.”

Cameron is aware it’s been a while since a lot of people last saw the first Avatar.

“I don’t think you have to treat it like a homework assignment,” he said. “Just go and enjoy it, and maybe if you know the film, remember, refresh your memory about what’s going on here… reacquaint yourself with Pandora, with Jake and Neytiri, and be prepared for where the new story takes you.”

Within the Avatar universe, The Way of Water takes place quite a while after the events of the first film. “We follow [Jake and Neytiri] forward in time, 15 years to where they have a family of pre-teens and teenagers. More of a family dynamic. It’s not a Hallmark, Disney family dynamic. It’s a very dysfunctional family dynamic, but ultimately there’s a core there that they all draw their strength from. I think that’s the thing that’s fundamentally different from the first one.”

The last two sequels Cameron made were Terminator 2: Judgment Day and Aliens, two undeniable classics that set an impossibly high bar for their respective franchises. What should we expect from the follow-up to Avatar?

“I guarantee you, you won’t be able to predict it,” Cameron assured us. “What people hate the most is to go and see a movie and say ‘oh… predictable.’ This is not predictable, I don’t think. I defy anybody to predict where this story goes.”

The freshly remastered 4K HDR version of Avatar opens in theaters this week, followed by Avatar: The Way of Water on December 16th. And for more on Avatar, check out James Cameron’s thoughts on why 3D TVs died out, and Ubisoft’s upcoming video game, Avatar: Frontiers of Pandora.