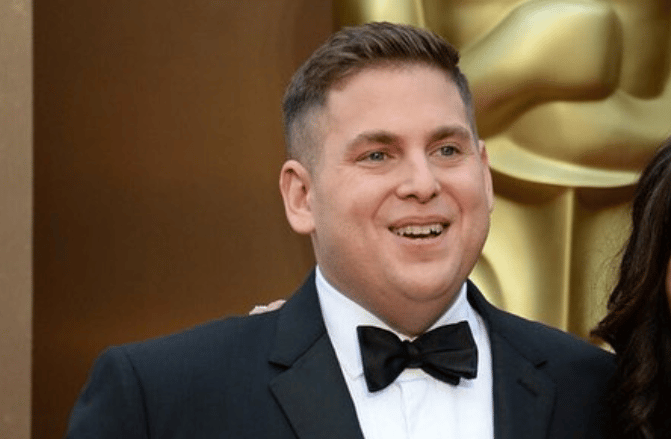 In the last few years, a growing number of celebrities have taken themselves out of the spotlight citing their mental health nor their primary reason. Along with other notable stars including Tom Holland, Florence Pugh, and Shawn Mendes, actor Jonah Hill is the latest to join this growing list.

The 38-year-old 21 Jump Streep actor has stated that he will no longer be doing any public-facing events or media appearances to protect his mental health. In the same open letter, published by Deadline, Hill stated that he spent “nearly 20 years experiencing anxiety attacks,” which he said were often exacerbated by the media. Hill’s decision to take a step back from the public eye came ahead of the announcement of his new documentary, “Stutz,” which follows the actor and his therapist through candid discussions about his mental health and anxiety attacks.

“You won’t see me out there promoting this film, or any of my upcoming films,” Hill said. “If I made myself sicker by going out there and promoting it, I wouldn’t be acting true to myself or to the film.”

Jonah Hill isn’t alone in his decision to step back from the spotlight. In recent years there have been dozens of celebrities who have cited mental health concerns as their reason for turning away from the public eye.

Over 3 Million people have turned to BetterHelp for professional online therapy.
Take the quiz and get matched with a therapist.

Celebrities are often set apart from the rest of society and as a result, are often not associated with things like mental illness. However, as evidenced by Jonah Hill’s recent announcement to withdraw from the public eye, it is clear that this notion is simply not true.

Living life in the constant presence of the media, paparazzi, and fans can all take a major toll on a person’s mental health. Even still, it can be hard for some celebrities to feel comfortable announcing that they are struggling with mental health. The stigma surrounding mental health is not lost on celebrities. In fact, in some instances it can be more difficult for someone with a major platform, like Jonah Hill, to admit they are struggling, as people often see celebrities as “immune” to mental illness.

With his recent announcement to stop promoting his documentary and future films, Hill joins a fast-growing list of stars who have cited mental health as their reason for taking a step back from the spotlight.

Perhaps one of the greatest Olympic gymnasts of all time, Simone Biles made headlines around the world when she announced she would be withdrawing from the 2021 Tokyo Summer Games due to mental health issues. The 24 year old, who has won seven Olympic medals, including four gold, stated she was battling the “twisties,” a mental block where competitors lose track of where they are while in midair, along with the unexpected loss of a family member during the Summer Games.

Since her debut as a professional tennis player at just 15 years old, tennis star Naomi Osaka has won four Grand Slam titles and been ranked by the Women’s Tennis Association as the top player in the world. However, the 24-year-old has stated that she has long grappled with anxiety and depression, which have both affected her ability to carry out work obligations like participating in press conferences with the media. In 2021, Osaka withdrew from the French Open to prioritize her mental health and drew widespread backlash from the media.

“There can be moments for any of us where we are dealing with issues behind the scenes,” Osaka wrote in an article for Time Magazine. “Each of us as humans is going through something on some level.”

Soon after repeating gold in the halfpipe competition at the 2022 Beijing Olympics, snowboarder Chloe Kim announced that she would be “taking a break” from competing to focus on her mental health. The six-time X Games gold medalist said that her decision to take a step back wasn’t easy, but said it was imperative to ensure that come the 2026 games, the sight of snow “doesn’t make [me] scream.”

“It’s just knowing that it could get overwhelming if I just went right back into it into another season,” Kim explained. “I’m just basically being a little cautious. I’m just putting myself first and just knowing that I can’t handle it right now. I’m taking some time off. I’m going on vacation. It will be good.”

Actor Tom Holland recently shared a video on his Instagram profile announcing that he would be “taking a break” from social media” to safeguard his mental health. The 26-year-old actor, best known for his role as Marvel’s Spider-Man, said that social media had caused his mental health to decline severely.

“I find Instagram and Twitter to be overstimulating, to be overwhelming,” said Holland. “I get caught up and I spiral when I read things about me online and ultimately, it’s very detrimental to my mental state. So, I decided to take a step back and delete the app.”

Another of tennis’ greatest players, Serena Williams, recently announced in August that she would be putting down her racket and focusing on “other priorities,” saying that the key to maintaining her mental health was to set boundaries and take time for herself.

“Mental fitness for me is just really learning to shut down,” Williams said in a recent interview. “Subconsciously, it was something I’ve always done. And so now that I know that it’s so important to just put yourself first, especially mentally, I always have shut-down moments. I have serious boundaries and I don’t let anyone cross those boundaries.”

The Importance Of Speaking Out About Mental Health

While it can often be easy to look at celebrities as being “better than” or “above” mental illness, it’s important to note that they are just as susceptible as anyone. Furthermore, the stigma that surrounds mental illness is not lost on celebrities and can present the same barriers for them to come forward as for anyone else.

The platforms that Jonah Hill and others have can be useful tools to help shed light on mental illness and can help destigmatize conditions like depression and anxiety. At the end of the day, when celebrities speak out, people listen. The more mental illness and the importance of mental health are in the media, the more the stigma surrounding them can be addressed.

“I usually cringe at letters or statements like this,” Hill confessed in a recent interview with The Guardian. “But I understand that I am one of the privileged few who can afford to take time off.”

He continued: “I won’t lose my job while working on my anxiety. With this letter and with “Stutz,” I’m hoping to make it more normal for people to talk and act on this stuff, so they can take steps towards feeling better and so that the people in their lives might understand their issues more clearly .”

Over 3 Million people have turned to BetterHelp for professional online therapy.
Take the quiz and get matched with a therapist.

Mental illness can be debilitating, and for many it can be so burdensome that it makes everyday life feel impossible. Fortunately, there are many treatment options available to help those struggling with their mental health. If you or someone you know is looking for help with mental illness, it’s important to get help as soon as possible. Get in touch with a therapist today.