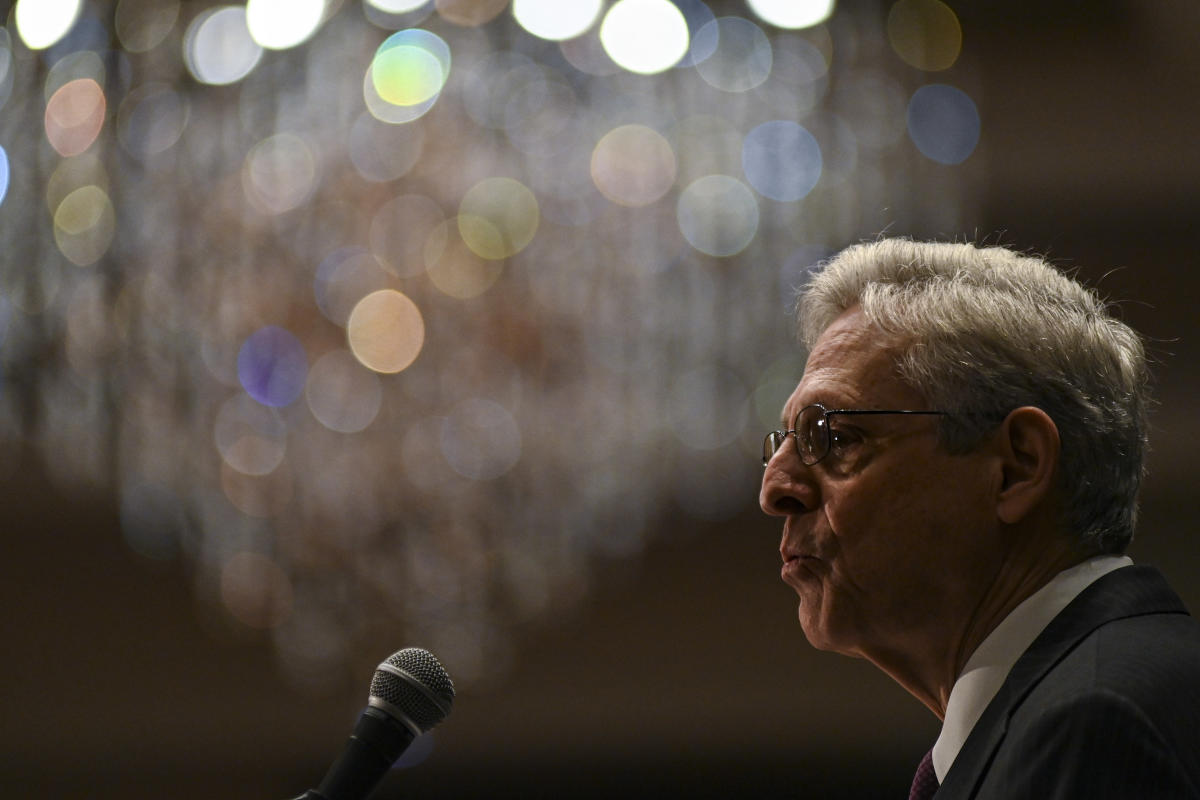 WASHINGTON — The Justice Department faces a complex and consequential decision this week: whether to appeal all, part or none of a court order requiring it to turn over to an independent arbiter materials seized last month from Donald Trump’s home in Florida.

The ruling, issued by Judge Aileen Cannon on Monday, is more likely to delay than derail the investigation into Trump’s retention of highly classified documents belonging to the government. But the judge’s blunt, far-reaching defense of Trump’s rights as a former president poses a dilemma for Attorney General Merrick Garland and his top officials, who until the ruling had controlled the public narrative surrounding the inquiry.

The case presents the department with several tough calls, requiring a careful balance between the desires to quickly resolve the investigation and to limit an expansion of executive power espoused by Trump’s team.

Sign up for The Morning newsletter from the New York Times

“It is a very hard series of decisions,” said Mary McCord, who held several top positions at the Justice Department from 2014 to 2017 in the Obama administration.

Department officials are expected to oppose the judge’s call for the arbiter, known as a special master, by a midnight deadline Friday. The question is whether they will mount a narrow approach geared at extracting relatively small concessions from the judge, to speed up the independent review, or if they plan a more comprehensive, riskier appeal to reverse what they see as a dangerous enhancement of presidential power.

Over the past several days, senior officials at the department have been huddling to game out options. They range from the relatively safe step of filing a motion with Cannon, who was appointed as a federal judge in Florida by Trump, to reconsider all or part of her ruling; to request that the court limit the time and scope of the special master’s review; to the riskier move of appealing the ruling up to the 11th US Circuit Court of Appeals in Atlanta, which is stocked with no fewer than six Trump appointees.

There is no easy path for Garland’s team.

The ruling would effectively shut down the government’s use of the documents for the criminal inquiry into whether the former president violated the Espionage Act and obstructed investigators by hoarding and concealing materials at his Florida estate, Mar-a-Lago. It still allows the intelligence agencies to continue assessing the potential risks to national security caused by the insecure storage of highly classified documents around Trump’s private club and residence.

In an unusual move, Cannon signaled her intention of granting Trump’s request for a special master before she issued her order, but its breadth forced the department to recalibrate its plans, officials familiar with the discussions said.

The decision also left many critical questions unanswered, including whether prosecutors can use information they have gathered after weeks of access to the seized trove to pursue other investigative leads, or whether they can continue to interview witnesses or subpoena documents not related to the more than 11,000 files retrieved during last month’s search.

McCord said the government was likely to accept the appointment of a special master as a given, but asked the judge to set a firm deadline for the review to be completed. Prosecutors could also ask that the material be quickly sifted, so everything not subject to a challenge by Trump’s lawyers would be immediately returned to investigators, and that the special master send documents back to the department as soon as they were deemed unobjectionable, she added.

The department “must weigh their own interests in moving forward with the investigation, and ask the court for a fairly short turnaround time,” said McCord, a professor at Georgetown University Law Center. “There are a number of things they can do to make it manageable, in favor of forgoing an appeal which could take months, and maybe more than a year to be decided.”

Andrew McCarthy, a former federal prosecutor who regularly writes for the conservative-leaning National Review, initially believed prosecutors would quickly appeal, but now thinks the department could end up focusing its efforts on selecting a special master who will get the job done quickly, with a minimal disruption of the investigation.

McCarthy said department officials could be thinking that “it will probably be worth their while to swallow hard and wait if the person is a serious candidate, rather than roll the dice on an appeal.”

But Cannon’s decision is simply too broad and provocative to simply ignore, some legal experts say. She not only rejected the Justice Department’s argument that Trump be treated like any other investigative subject, but also suggested that some of the material taken from Mar-a-Lago might be subject to claims of executive privilege.

In doing so, the judge wrote that she was “not convinced” of the government’s assertion that executive privilege did not apply to the documents recovered from Mar-a-Lago, creating a process by which Trump’s lawyers could potentially seek to reclaim materials related to his internal communications as president. The government cited legal precedent, arguing that such protections lapsed when Trump left office.

“It’s all so weird and disruptive,” Alan Rozenshtein, a former Justice Department official who now teaches at the University of Minnesota Law School, said of the ruling. “But I think DOJ does have to appeal.”

If the department chooses to pursue an all-out challenge of Cannon’s ruling, then loses on appeal, it risks enshrining a broader and potentially more elastic definition of executive authority in precedent that might jeopardize efforts to hold Trump, and future presidents, to account.

Daniel C. Richman, a former federal prosecutor and a law professor at Columbia University, said that if the documents case became a referendum on redefining executive privilege, rather than a straightforward criminal investigation rooted in statute and established precedent, it could affect the Justice Department’s expanding investigation into Trump’s actions on Jan. 6, 2021.

Does the department want “an opinion out there that has a truly expansive and dangerous view of what executive privilege covers?” Richman asked.

Stanley Brand, a veteran criminal defense lawyer who has represented Trump aide Dan Scavino in his dealings with the House committee investigating the Jan. 6. riot, said the department had few good options.

“To some extent, deciding not to challenge the decision at all — and just accepting the special master — might be the safest course of all, because it’s always uncharted waters whenever you take something to an appeals court,” he said.

Liberals have urged Garland to appeal the ruling on principle. And over the past week, they have picked up an unlikely ally — Bill Barr, Trump’s former attorney general, who told Fox News on Tuesday that Cannon’s ruling “was wrong, and I think the government should appeal it.”

The Justice Department and Trump’s legal team declined to comment.

But advisers to the former president are already proceeding as if the appointment of the special master was an accomplished fact — and have begun considering several potential candidates who would be acceptable to the court, including former judges, according to a person familiar with the situation.