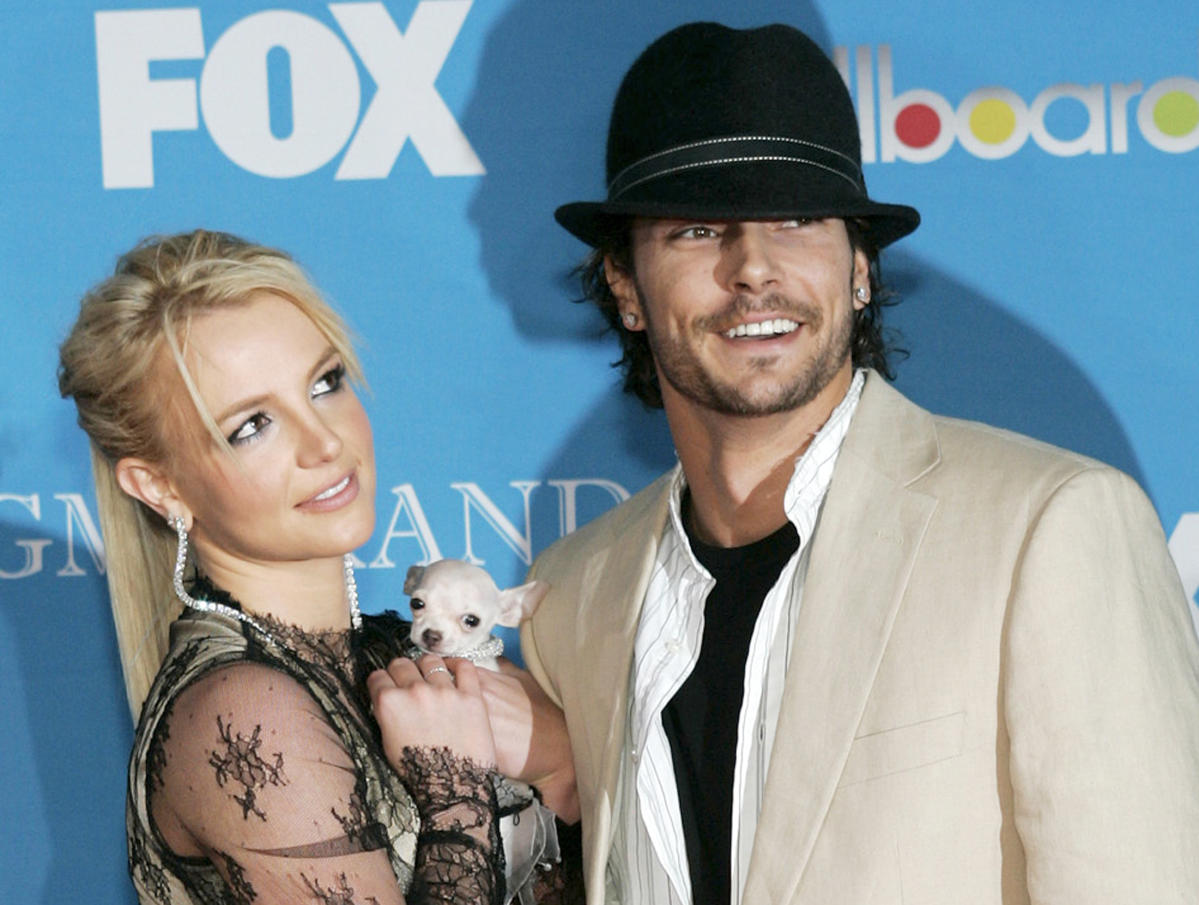 Kevin Federline is continuing to fight a public battle with ex-wife Britney Spears.

In an interview with 60 Minutes AustraliaFederline, 44, explained why he felt that the pop star’s father, Jamie Spears, was doing the right thing by assuming legal control over her life back in 2008 after multiple hospitalizations.

During the interview, which aired in Australia on Sunday, Federline was asked if Jamie “saved his daughter” by placing her under a conservatorship. The legal arrangement allowed the elder Spears to manage his daughter’s life.

However, the former backup dancer also specified that he was not a part of the decision to place Spears, now 40, under the conservatorship, which was established two years after she filed for divorce from him in 2006.

“I wasn’t involved in any of it, so I really don’t know how the conservatorship came about. I don’t know whose decision it was,” Federline explained. “All I know is that you have a family that is worried about their daughter, and trying to do whatever they can to help her.”

Federline added that his sons were thrilled for their mother when the conservatorship officially ended in November of 2021 after nearly 14 years.

“Both of them were so happy for her, you know? Because it’s not always about what’s right. It’s about this is what [she] wanted, you know, [she] got,” Federline continued.

However, he added that the boys have moved into his home full-time, and are not in contact with their mother.

“The boys have decided that they’re not seeing her right now,” said Federline. “It’s been a few months since they’ve actually seen her.”

Jayden also appeared in the interview, stating that he believes his grandfather Jamie did what was best at the time.

“He was trying to be like any father, like pursuing his daughter’s dream of being a superstar, working and doing all these concerts and performing,” Jayden said. “But I think some people are just, like, ceasing to realize how much he cares about her.”

He also discussed why he didn’t attend his mother’s June wedding to Sam Asghari.

“I’m really happy for them. But, like, I mean … She didn’t invite the whole family, and then if it was going to be me and Preston, like, I don’t see how that situation would have ended on good terms,” ​​he explained.

This isn’t the first time Federline has become more vocal in the press regarding his ex-wife. He previously made claims that the pop star is estranged from her sons, and said in the 60 Minutes Australia interview that the boys have moved into his home full-time. In a clip from the interview, Federline said Spears hurts her sons with her social media.

“I try to explain to them, ‘Look, maybe that’s just another way she tries to express herself.’ But that doesn’t take away from the fact of what it does to them,” said Federline, who claimed his “priority has always been: It is about what is good for the boys.” The feud soon escalated when Federline posted years-old videos of Spears seemingly yelling at their sons, Yahoo Entertainment previously reported. However, he soon deleted the post.

On Friday evening, Spears took to Instagram to respond to the criticism about her social media presence. In a video set to Elton John’s song “Tiny Dancer” — a tune she recently remixed in collaboration with the music legend — she can be seen dancing topless. In the caption, she explained why she continues to appear on social media.

“I haven’t been able to post my loving family. Either way I’m so sorry children I continue to do social media. I’m sorry you feel I do it for attention. I’m sorry for the way you feel, ” wrote Spears. “But guess what? I’ve got news for you. I’m a child of God as well as we all are in God’s eyes. So NOPE I’m not sorry. I’ve learned to say SO!!!”

Although Spears has called out his parenting on social media, Federline maintains that he is trying to create the most normal environment possible for his kids.

“I want my sons to have the closest thing to a normal life that they can possibly have, because it will make them better people,” he said. “They see me so they know that if they really want to get away, they know how to get away.”