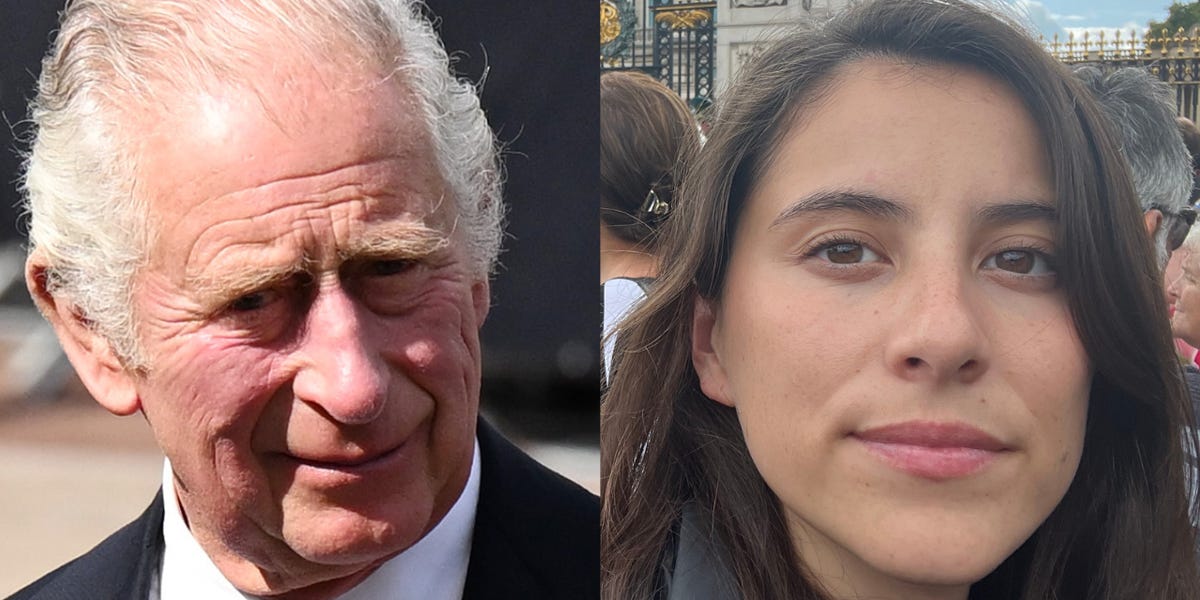 As Charles III and Camilla, Queen Consort, arrived at Buckingham Palace on September 9, cheers swept across a crowd of thousands of spectators.

From where I was positioned in the crowd, I could see members of the public, people of all ages, gathered outside the palace gates holding out phones and cameras, desperately trying to capture the new British sovereign as he drove past. And when Charles’ motorcade finally arrived, just a few minutes after 2 pm, chants of “God save the king,” to “long live the king” ricocheted through the crowd.

It was the day after Buckingham Palace announced that Queen Elizabeth II had died peacefully aged 96 at her residence in Balmoral, Scotland. And although it was a moment Charles later told British Prime Minister Liz Truss that he’d been “dreading,” as reported by Reuters, it marked the beginning of his reign as king — a role he’s waited seven decades to take on.

But those years of waiting to be king haven’t been easy on Charles.

Time has only given the media more opportunity to scrutinize Charles. While the Queen managed to remain an extremely private figure until her death, the British public has historically viewed Charles as a flawed human being — and perhaps one they’d rather not be king.

Whether the public could accept Charles as their king has long been a topic of speculation in the UK.

From his failed marriage to Princess Diana to the controversial start of his relationship with Camilla, Queen Consort, the romantic scandals that Charles faced in the 1990s left long-lasting scars on his reputation that he has struggled to recover from.

Diana spoke openly about the tumultuous relationship she had with Charles during what is now considered to be one of the most controversial royal interviews to ever take place, as noted by Vanity Fair. While speaking with BBC’s Martin Bashir, the princess confirmed that Charles was having an extramarital affair with Camillafamously saying: “Well, there were three of us in this marriage, so it was a bit crowded.”

So damaging were his scandals that a MORI poll of public opinion in the UK about whether Charles would make a good king plummeted from 82% saying he would in 1991, to a mere 41% after his divorce from Diana in 1996, The New York Times reported.

The UK public never quite forgave Charles for his marital indiscretions, even when he admitted them publicly and waited until 2005 to marry Camilla in what can be considered an unusually demure wedding for a royal.

In a 2016 Opinion Research poll about the Queen’s successormore than half of the 2,000 people polled said they’d prefer his son, Prince William, to become the king, The Mirror reported.

While Charles has experienced positive press since the 1990s — he developed a public persona as a loving grandfather and champion for climate change awareness — he was left on the back foot yet again when his relationship with Prince Harry, who left royal life behind in 2020, fractured.

After Harry told Oprah Winfrey in a tell-all interview in 2021 that Charles had at one point stopped taking his calls, Insider’s Samantha Grindell reported his popularity took a major hit.

Charles’ reception at Buckingham Palace signals a changing of the tide

As of Friday, research data group YouGov reports that he remains the seventh most popular royaldespite holding the most important position within the monarchy.

Topping the list is Queen Elizabeth II, who the royal historian and author Hugo Vickers once told Insider will be a “hard act to follow” for Charles.

That said, I saw a glimmer of hope in the public’s genuine excitement for a new reign at Buckingham Palace that cannot be ignored. A person called Lynda who I spoke to on the day said she could see him being a good king because she believes he has the same “sense of duty” his mother was renowned for.

Lynda was among thousands who had come to lay flowers in tribute to the Queen — and those were the same people I saw then shift from mourning to excitedly cheering Charles and Camilla as they arrived.

And it’s not just what I saw that day that proved that the tide is changing for Charles. YouGov released a new report on Thursday sharing that public opinion has already “substantially shifted” on Charles after the Queen’s death. 63% of the 1,727 people polled across the UK on whether Charles will do a good job as king said yes, while only 15% said no.

Ultimately, Charles’ reign is getting off to a better start than I — and perhaps even he — expected. But how much further he is able to climb, or fall, in the eyes of the public remains to be seen.