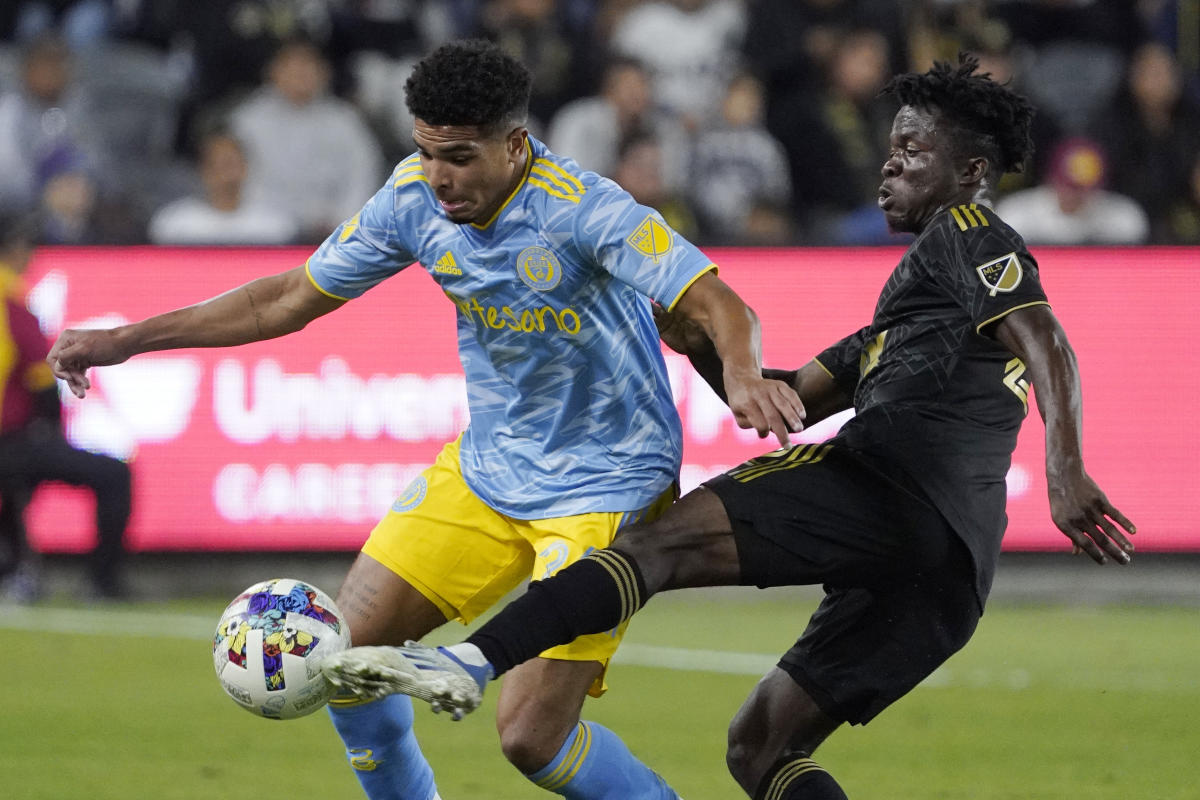 It’s the time of the MLS season where everyone is looking at schedules and breaking out the calculator. Many of the games turn into six-pointers at this phase and any little slip-up (looking at you, Chicharito) could be the difference between qualifying for the postseason or missing it.

The race for the Supporters’ Shield

Unless something drastic happens, the fight for the Shield is between the Union and LAFC. While Austin FC and Montreal are technically still in the race, this is more of a two-team battle with both Philly and LA leading their respective conferences with 60 points apiece. A month ago it seemed like the Black and Gold were going to run away with the prize until a 3-game losing streak opened the door and suddenly made things interesting with just a few matches left. The advantage Steve Cherundolo’s squad has is that they have a game in hand, but the schedule isn’t friendly as four of their next five opponents are teams currently in playoff position.

Philly’s road ahead is much easier, facing only one team in a playoff spot. The Union are currently on a four-game win streak where they’ve outscored opponents 18-1, and they have no signs of slowing down as Jim Curtain vowed to go “full speed ahead” in pursuit of the trophy that awards a 2023 CONCACAF Champions League spot. Daniel Gazdag and Julian Carranza have been crucial, but defensively the Union deserves just as much praise. And they have one of the best goalkeepers in the league, Andre Blake, who leads MLS with 13 clean sheets. Locking up that Shield would make the road to the MLS Cup run through Subaru Park, where Philly is 10-0-5 this season. It’s very likely that the Union will finish the season with 12 points from their last four games, which would probably result in the Shield staying in the East.

Like the Shield, the MVP award also seemed done and dusted just a few weeks ago. Austin FC’s Sebastián Driussi had it on lock until Nashville’s Hany Mukhtar ran amok in August scoring 7 goals and adding 5 assists. Mukhtar solidified his campaign with a brace in Nashville’s 3-0 win over Austin and has now also surpassed Driussi as leader for the Golden Boot. While the Verde’s season has been one of the best stories in MLS considering how last year’s inaugural run ended, you can’t look past how important Mukhtar has been to Nashville’s success. The German midfielder joined some huge names like Carlos Vela, Zlatan Ibrahimovic, Diego Valeri and Sebastian Giovinco as the fifth player in MLS history to record at least 20 goals and 10 assists in a season. Right now he has the upper hand by a thin margin, but there’s a juicy rematch against Austin on Sept. 17 at Q2 Stadium that will undoubtedly have a say in who ends up taking the hardware.

Teams on the playoff cusp

Last year the New England Revolution ran through the league in a record-setting season. This year hasn’t been kind to Bruce Arena and Co. due to players moving on and an array of injuries. New England’s latest 3-0 win over NYCFC generates some hope in Foxboro that this team might be able to sneak in. If they keep working towards getting fully healthy, their last two games against Atlanta and Chicago should be a boost in the home stretch. What happens between now and October is the tough part with road trips to New Jersey and Houston before welcoming Montreal at Gillette Stadium.

FC Cincinnati is breathing down the Revs’ necks and picking up some steam as they aim to qualify for the playoffs for the first time in franchise history. This is already the most successful season they’ve ever had, due in large part to Brandon Vazquez’s breakthrough. They haven’t lost since July 17, a span of six games with five draws. But this late in the season those points might prove to be crucial. Cincy has to play three straight games against Western Conference teams that could position them in a great spot if they are able to steal some points on the road to close September.

If you haven’t learned yet, never count the Portland Timbers out. The outlook looked grim in mid-August and they turned it around quickly by winning three straight, starting with a huge one over the rival Sounders. That was the needed boost Giovanni Savarese was looking for and days later it got even better with a huge dub in Austin. Unfortunately, the remaining schedule is brutal for the Timbers, but as mentioned above, don’t do it. They have the experience and talent when it comes to the postseason, so crashing the party and making a run wouldn’t surprise many. Portland is only a few points away from being in one of those top four spots that would guarantee a postseason game at Providence Park, and not many places in MLS offer a better home field advantage. But they’re also dangerously a few points away from missing the cut all together.

The Los Angeles Galaxy are hoping to be that team to push Portland out of the way. Acquiring Riqui Puig has already shown to be one of those signings that can shift energy right away. His vision and energy along with ability to find spaces and deliver absurd passes is frightening for opposing defenses when you have a striker like Javier “Chicharito” Hernandez on the receiving end. We know this team can score goals, that’s not the issue. It has been, and remains to be, defensive lapses that curse the Galaxy. Bringing in Martin Caceres should help but they are running out of time and have ground to gain, especially after Chicharito’s brutal panenka fail that cost them a pair of points they would have definitely loved to have. There are still too many inconsistencies for Greg Vanney’s side to make anyone completely confident, but suddenly they have some depth and a revamped attack that creates danger in any given moment. Will it be enough?

While there’s still a tiny ounce of hope, it looks like the Seattle Sounders’ run of reaching 13 consecutive postseasons is in serious jeopardy. Just like the Timbers, I wouldn’t write them off yet. You never know with this team. In a year that saw them become the first MLS squad to win the CCL, losing star midfielder Joao Paulo to an ACL injury in that game has been too much of a burden. Being without Cristian Roldan (groin) for this stretch adds to the difficulty of them making a push. All good things must come to an end…eventually, right?

Toronto FC adding star Italians Lorenzo Insigne and Federico Bernardeschi has made that offense a treat for Bob Bradley to work with. Fast and aggressive football fits his playbook to perfection and the duo’s ability to create is gold. Still, defensively they are too vulnerable, allowing the third-most goals in the league. They only have four remaining games which means they’ll need to seek help from others as well. Time is quickly running out north of the border.