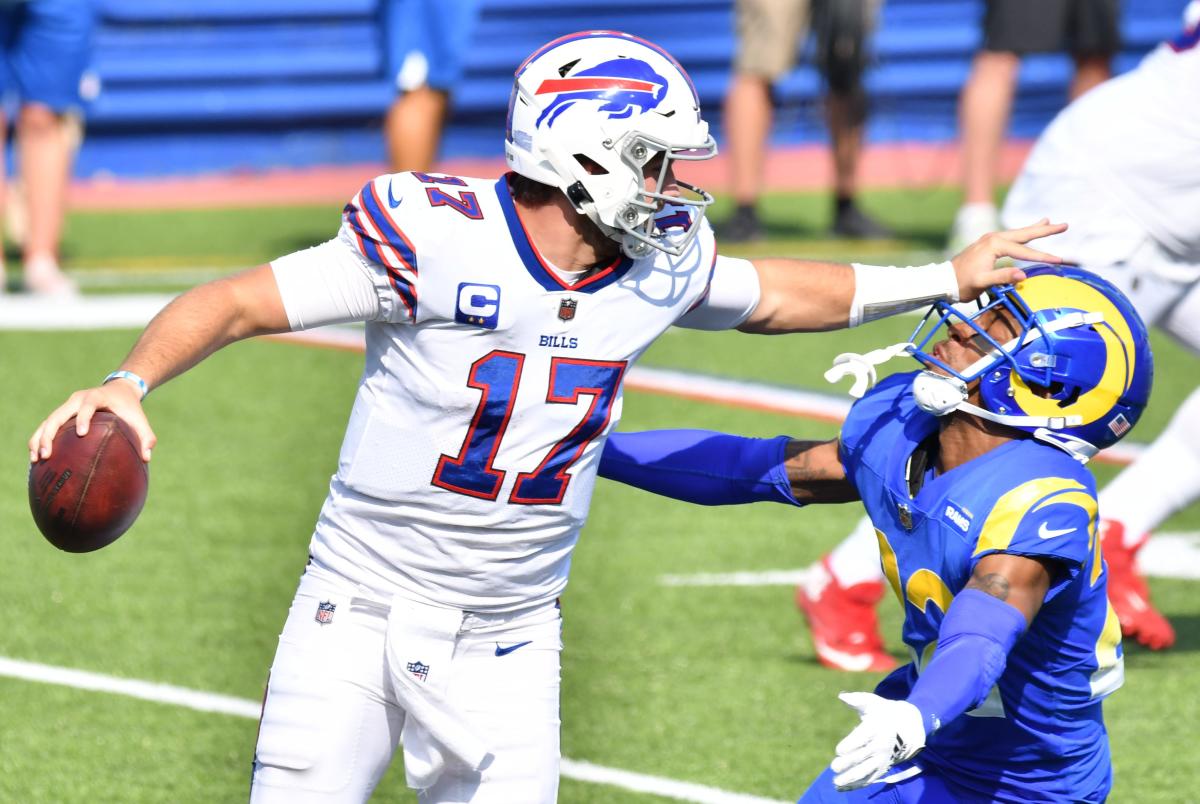 The NFL season kicks off Sept. 8 with a showdown between the Buffalo Bills and Los Angeles Rams, the two teams that just happen to be ranked at the top of our NFL power rankings heading into Week 1 of the season.

The winner of that game will likely lead our power rankings going into Week 2.

Someone has to start the season at the bottom, and we’re putting the Falcons there for Week 1, although Marcus Mariota is more than capable of helping Atlanta surprise this season, if he can stay healthy.

This is Davis Mills’ team for now. Can he prove to be the QB of the future for the Texans in the post-Deshaun Watson era?

Daniel Jones doesn’t have much time left to prove he is the Giants’ quarterback of the future with a loaded 2023 NFL quarterbacks draft class on the way.

Sea: When does the NFL season start? Here’s the Week 1 schedule and how to watch games on TV

Something tells us that Doug Pederson can lead the Jaguars to a better season than 2021-22 in Jacksonville. That shouldn’t be too hard, however.

Like many teams at or near the bottom of this list, quarterback questions for the Jets loom large for the 2022-23 season.

The Seahawks struggled last season with Russell Wilson. We expect the struggles to get worse without him.

Justin Fields has shown flashes that he can be the Bears’ future at QB. Does he have enough help?

The Deshaun Watson situation hangs over the franchise as a huge distraction.

The Lions will be better in 2022-23. But how much better can they be? Perhaps quite a bit.

Baker Mayfield won the starting QB competition over Sam Darnold and you can bet he will be motivated for the Week 1 game against the Browns.

The Carson Wentz to Terry McLaurin connection needs to pay off.

Someone in the AFC West has to struggle this season with such a loaded division. We’re just not super high on Denver’s chances.

Never count out a Mike Tomlin-coached team. That being said, we have some serious reservations about the Steelers this year, particularly at QB.

Some contenders from last season will struggle this season. The Titans could be one of them, unless their ground game can once again carry them to victories.

Many expect some fireworks with the Vikings’ revamped offense. We’re taking a wait-and-see approach.

Arizona won’t have DeAndre Hopkins for six games to start the season. How will Marquise Brown and company fill the void?

Tyreek Hill has done a lot of talking since leaving the Kansas City Chiefs, but Tua Tagovailoa is not Patrick Mahomes.

This Raiders’ offense could be super scary. We’re just not quite sold on the defense.

If Mac Jones makes a leap this season, the Patriots could be a real tough out in the AFC.

The Ravens, and Lamar Jackson, seem determined to get the bad taste out of their mouths from last season’s debacle down the stretch.

We don’t quite know what to make of the Cowboys this season, but they should at least be very interesting whether they are good, bad, or in between.

Trey Lance’s time is here, we just can’t help but wonder if it would be safer for the 49ers to go with Jimmy Garoppolo.

Many expect the Eagles and Jalen Hurts to take a huge step forward in 2022-23. Count us among them.

Seeing Matt Ryan in a Colts uniform is going to take some getting used to, but Indianapolis is more than capable of competing for the AFC title.

This team could challenge for the AFC title, but all the division games against the Kansas City Chiefs, Las Vegas Raiders and Denver Broncos could also wear them down.

No Davante Adams, no problem for Aaron Rodgers? Will the Packers rely even more on its running game with their No. 1 receiver now in Las Vegas?

Tom Brady is terrific, but Father Time has to catch up to him sometime, right?

Tyreek Hill may be gone, but Patrick Mahomes and the Chiefs still have a lot of weapons and they still have Andy Reid as coach.

The Bengals surprised everyone with their Super Bowl appearance last season. Now there is a target on the team’s back.

This team is just loaded and should be the favorite in the AFC. Can Josh Allen and company deal with the huge expectations?

The Rams No. 1? We won’t take the Super Bowl champs out of the top spot until they lose, which could easily come in the first game of the 2022-23 NFL season.