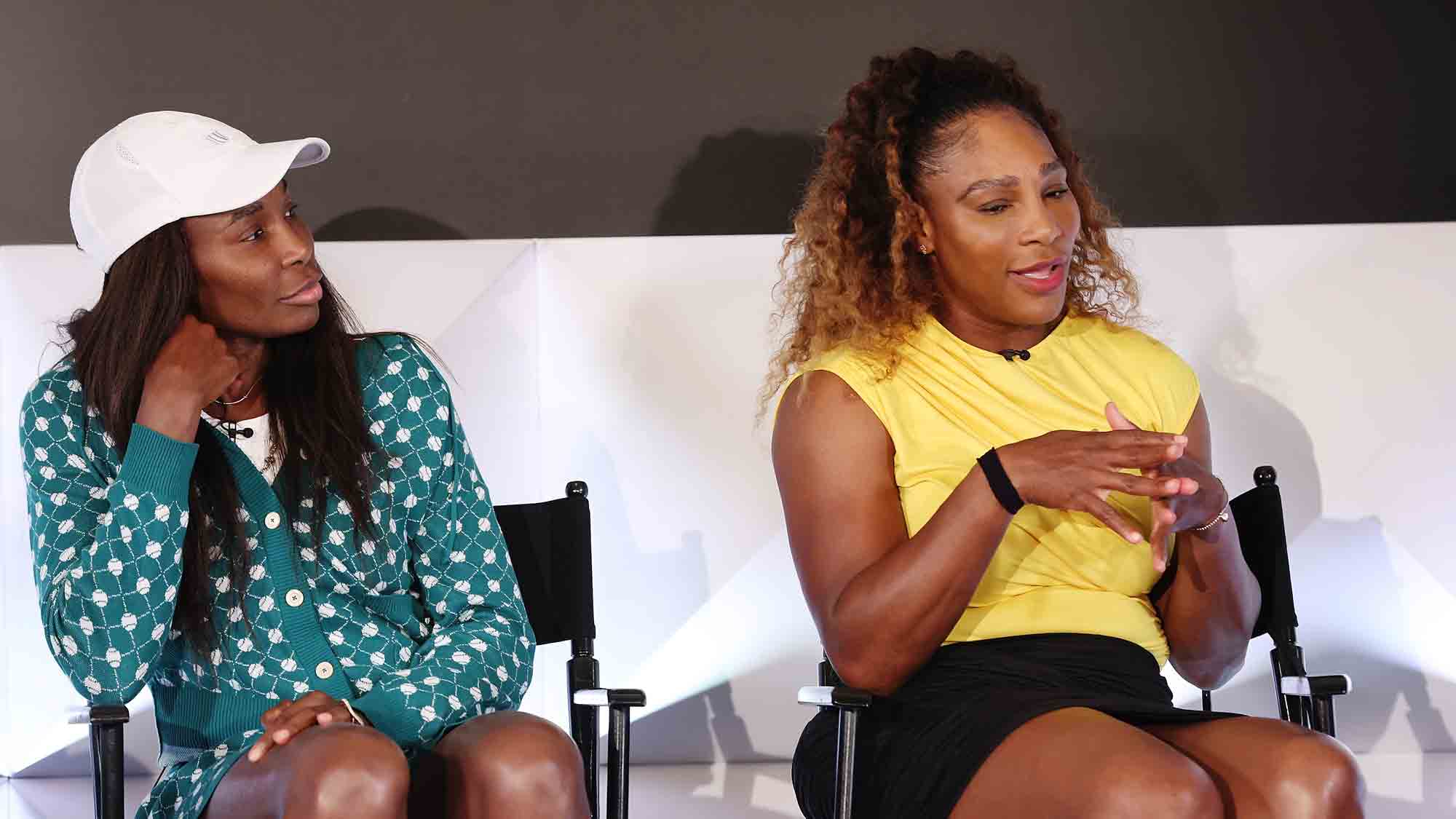 Sure there is a golf tournament to think about – balls to hit, putts to make, and strategy to map out as players entered the weekend at the Dana Open presented by Marathon. But there was also history to watch this week. Many LPGA Tour players did just that, walking away from Highland Meadows Golf Club on Friday in time to catch a little tennis on television.

In what is almost certainly her last grand slam match, Serena Williams battled gallantly through three sets at the US Open in Flushing Meadows, New York before falling to Ajla Tomlijanovic of Australia. Afterwards, the emotional Williams, who is 40 years old and a 23-time major champion, thanked the fans in Arthur Ashe Stadium and bid an emotional farewell to all who had watched at home.

A 23-time Grand Slam champion.
A mother.
A fierce competitor.
The inspiration.
The icon.

Thank you @serenawilliamsfor raising the bar for women’s sports and inspiring us all ❤️ #ThankYouSerena https://t.co/jM3ih0DqdK

Tickets to Friday’s night’s match went for upwards of $45,000 for an upper-level unobstructed view. History was worth every cent. When the match ended, there wasn’t a dry eye on Long Island.

The LPGA Tour’s finest understood the impact of what they were seeing. More than most, they know what Serena means to women’s sports as a whole.

“I heard one of the broadcasters say, she made it okay to be ferocious as a woman,” Amy Olson said. “I thought that was such a perfect word. It crosses sport, business – she’s someone to look up to in my opinion.

“You’re watching history. She spent so much time on the court, but knowing that it was her last time, it’s obviously really special to see. I enjoy watching her play no matter what the outcome.”

Gaby Lopez also took a lot from watching Williams over the years.

“She’s such a big inspiration,” Lopez said. “That mentality of not getting comfortable with ten Grand Slams, going for the next one, and the next one, that hunger is what keeps driving the best athletes in the world. I’m trying to get more of that. Sometimes when you get a good result, you’re either laying back or trying to protect something. But there is nothing to protect. You’ve just got to go, keep on going, having the gas pedal down. I think that’s what (Serena has) done.

“Limitless goals, that’s what keeps driving all of us. Serena has been not only impactful on the women’s side, but also you see Tiger Woods and all these (athletes on) the men’s side, they all want to be like Serena.

“To me she’s probably like the greatest athlete in history on the women’s side, and probably on the men’s side. It’s really hard to compare, but that’s what I think. That hunger for the next one, the next title, next championship, next match, next shot; that’s what’s moving you forward instead of back.

Mariah Stackhouse agreed with her friend. “It was pretty emotional watching the entire match,” Stackhouse said. “Serena has been one of my greatest inspirations and obviously one of the greatest tennis players ever to touch a racquet.

“It’s sad to see her retire and see her era on the court come to an end. She played really well, and you almost wish she had another season in her. But it’s amazing to watch someone perform for the entirety of their career and watch them retire. I feel special to have been alive to witness this.”

Azahara Munoz, coming back for the first time since becoming a #LPGAMom, related to Williams on a different level. Serena’s daughter Olympia turned five on Thursday, the day before her mother’s final match.

“I love tennis,” Munoz said. “It’s my favorite sport. What Serena has done, it’s incredible. She’s the all-time GOAT. The last few years I’m sure it’s been more challenging for her with a baby, especially in such a physical sport. But she’s done so amazing.

“I did see a quote that she did: I’m going to go from good mom to great mom. It hurts because it’s true. The other day traveling I’m like, ‘Oh, God, I’m putting my baby through so much.’ It also has positives. There are things that my baby is going to experience that other babies are never going to experience. I really want to travel at least for a few years with him and see how it is.”

Lydia Ko, who, like Williams, was a teen sensation and has lived her entire adult life in the spotlight, called Serena, “One of the greatest all-time athletes, not just in tennis.

“She was a dominant tennis player, and then she had her beautiful daughter and then she came out dominating again,” Ko said. “That’s very hard to do. Even when I see some of the LPGA moms, I’m like, wow, it’s hard enough doing one thing, but to juggle, not two, it’s multiple things, it’s pretty crazy.

“She changed the game and I think she changed how people perceive female athletes. She’s a role model.”