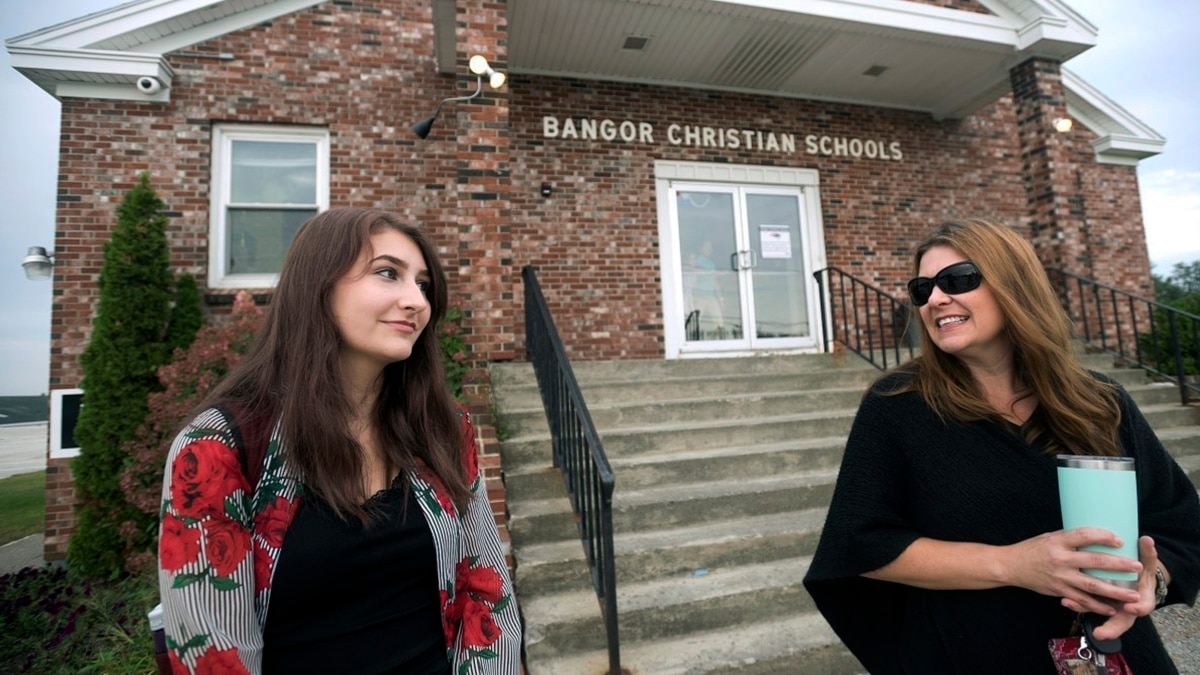 Religious schools in the northeastern state of Maine have been slow to accept state money for students because of policies linked to the assistance.

The schools are able to receive the assistance because of a US Supreme Court decision handed down in June. The court ruled that Maine must include religious schools in a program that offers financial help to students in rural areas with no public schools.

Parents of students at religious schools brought the legal case against the state. They wanted the tuition assistance provided to other parents. The case reached the US Supreme Court.

But so far, only one religious high school in Maine has signed up for the assistance program this fall.

Maine’s attorney general has warned the schools that when accepting the financial assistance, they will have to obey current antidiscrimination laws. These include laws involving students and teachers who belong to the LGBTQ community. This development has troubled some families involved in the case.

David Carson had a daughter attending Bangor Christian School when his family and others brought legal action in 2018. He told The Associated Press he now feels like his hands have been tied, meaning he feels what he can do is now limited. “The state said you can take the money, but we’ll tie your hands,” Carson said.

Religious high schools with a known interest in the tuition fight include two Roman Catholic-supported schools, along with schools in the towns of Bangor, Waterville and Houlton.

Last year, 29 private schools took part in the tuition assistance program, officials said. That effort involved more than 4,500 students. Schools that meet the state’s requirements can get about $12,000 per student in taxpayer assistance.

Marcus Mrowka is a state education spokesperson. He confirmed that only one religious school had registered for the program so far. Mrowka said officials would need to examine the school’s request before the assistance can be issued.

Michael Bindas is a lawyer with the Virginia-based Institute for Justice, a nonprofit law firm that represents the families in Maine. He told the AP he is not surprised that the schools have been slow to decide whether to take part in the program. He said this is because of the questions raised by the attorney general.

“Those open questions, however, will be resolved in time, and we certainly expect religious schools to participate,” Bindas said.

Carroll Conley is the director of the Christian Civic League of Maine, and a former Christian school official. He said it is more likely that the effects will be felt more during the 2023-24 school year. “People want to see it happening, but schools are being cautious. It’s a big change,” Conley said.

Both Christian schools linked to the legal action – Temple Academy in Waterville and Bangor Christian School – have policies that discriminate against students and employees on the basis of sexual orientation or gender identity, Frey added.

Tom Brown is president of Bangor Christian School and leads a religious center linked to the school. He said in an emailed statement to the AP that his organization was currently “processing” the attorney general’s statements. He confirmed that no students would be getting state tuition assistance this fall.

Words in This Story

tuition – n. money that is paid to a school for the right to study there

participate – v. to take part in something

(sexual or gender) orientation – n. how someone thinks about their sex or sexuality

transgender – adj. relating to people who feel that their true nature is as a member of the opposite sex

What do you think of this story? We want to hear from you. We have a new comment system. Here is how it works: