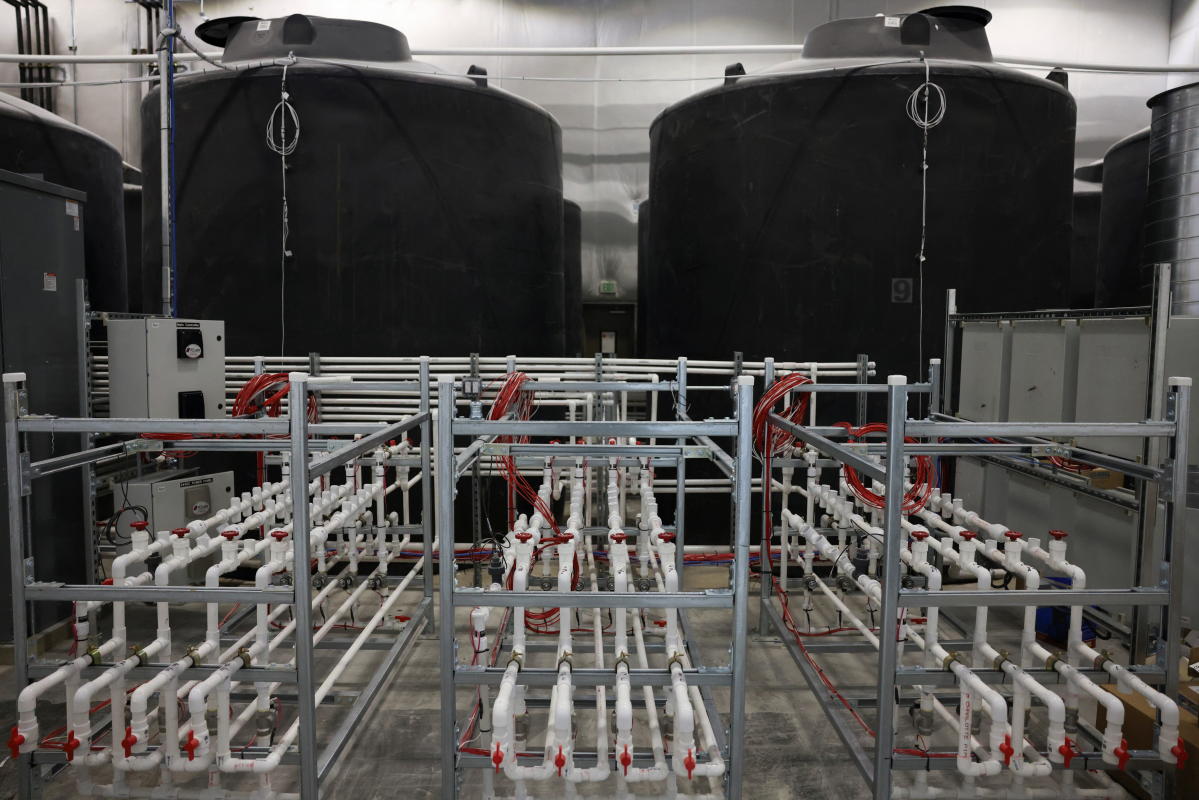 The Redmond, Wash.-based company outperformed its tech peers when it comes to managing water use — and the risks associated with water scarcity — according to a new analysis by Morningstar Sustainalytics, a research and data company focusing on environmental, social, and governance (ESG) issues. The tech giant was only one of 122 companies evaluated in the tech and telecom sectors to receive top scores.

Although Microsoft distinguished itself in the tech sector, the bar has been set fairly low. Among the few companies with water management programs, 61% were rated as having a weak program, 33% had an adequate program, and just 5% had a strong program.

Microsoft has pledged to be water positive by 2030, meaning the company promised to replenish more water than it consumes. How? By becoming more efficient with its water use and by offsetting water consumed through conservation projects.

According to its annual sustainability report, Microsoft used 4,477,865 cubic meters of water, equivalent to more than a billion gallons, in its 2021 fiscal year across all operations. That same year, the company replenished 2,020,747 cubic meters — or 45% of water consumed.

“Part of the thing that they’re doing is they’re integrating water risks into their regular risk assessments and into their business strategy, which is something we didn’t see in our analysis very much,” Erin Johnson, ESG research analyst at Morningstar Sustainalytics, told Yahoo Finance. “They’re investing so much in water efficiency and water reduction initiatives and technologies. We’re seeing this translate into a… decrease in their water intensity.”

Many of Microsoft’s initiatives focus on how the company runs approximately 200 data centers across 34 countries.

Data centers are notoriously thirsty and require significant quantities of water to cool computers that support data-intensive activities— from teleworking to streaming. Even when not directly cooled by water, the warehouses often consume water indirectly through the generation of electricity, which powers those buildings and the air conditioning systems.

Microsoft uses innovations like its Smart Water Navigator, a platform that monitors and assesses water use — and quality as the company relies more on recycled water.

The company has also experimented with raising temperatures in its data centers, implementing adiabatic cooling, a process using outside air to cool data centers when temperatures are below 85 degrees. At its data center in Arizona, which opened in 2020, Microsoft said it uses no water for more than half the year.

Furthermore, Microsoft invested in 21 water conservation projects in nine water basins, including in the Verde River Basin in Arizona and the Columbia River Basin in Washington. (The company disclosed that 11% to 25% of its water withdrawals are in water-stressed areas.)

As Microsoft, along with Google and Metaaims to ramp up water-saving initiatives, Kata Molnar, a water thematic expert at Morningstar Sustainalytics, said corporations should focus their efforts, first, on the areas where they operate.

“Conservation or replenishing, these are good strategies — they are definitely worth tracking and monitoring and evaluating for companies as a management practice,” Molnar told Yahoo Finance. He added: “You have to look into whether those actions happened in the watersheds where the company has real presence and influence.”

‘Water is the teeth’

While Microsoft appears to be taking the lead in addressing its water usage, tech and telecom companies more broadly are not prepared for water scarcity.

The Sustainalytics report found that only 16% of companies measured across industries such as enterprise and infrastructure software, data processing, and telecommunications services had disclosed programs for water risk management.

The analysts also noted a gap in companies reporting data on their water usage, with 84% of the companies lacking disclosures on water withdrawal and consumption.

That is likely to change going forward. “I personally believe that companies won’t be able to avoid having to put in place these management practices,” Molnar said. “There is a saying: If climate change is a shark, water is the teeth. So it’s hard not to see these impacts and these climate change-driven impacts. And it’s not just a crisis of climate but also a crisis of management.”

That could be a blind spot for companies that increasingly may have to deal with water-related challenges including physical damage, operational disruptions, growing regulatory scrutiny — and harm to their reputations.

For its part, Microsoft contends its water-related issues are integrated into the company’s long-term strategy and company-wide risk assessment system. In a disclosure questionnairethe tech giant stated its direct use of freshwater was “vital” and its indirect use of water through its supply chain was “important” to the success of the business.

“It’s a shared resource,” Molnar said. “It’s a multi-stakeholder approach that we need. So it’s not just companies that we need to see better managing the resource but also understanding that, for example, water stewardship, it has to go beyond their company fence lines.”

Grace is an assistant editor for Yahoo Finance.

Read the latest news on the climate crisis from Yahoo Finance

Read the latest financial and business news from Yahoo Finance