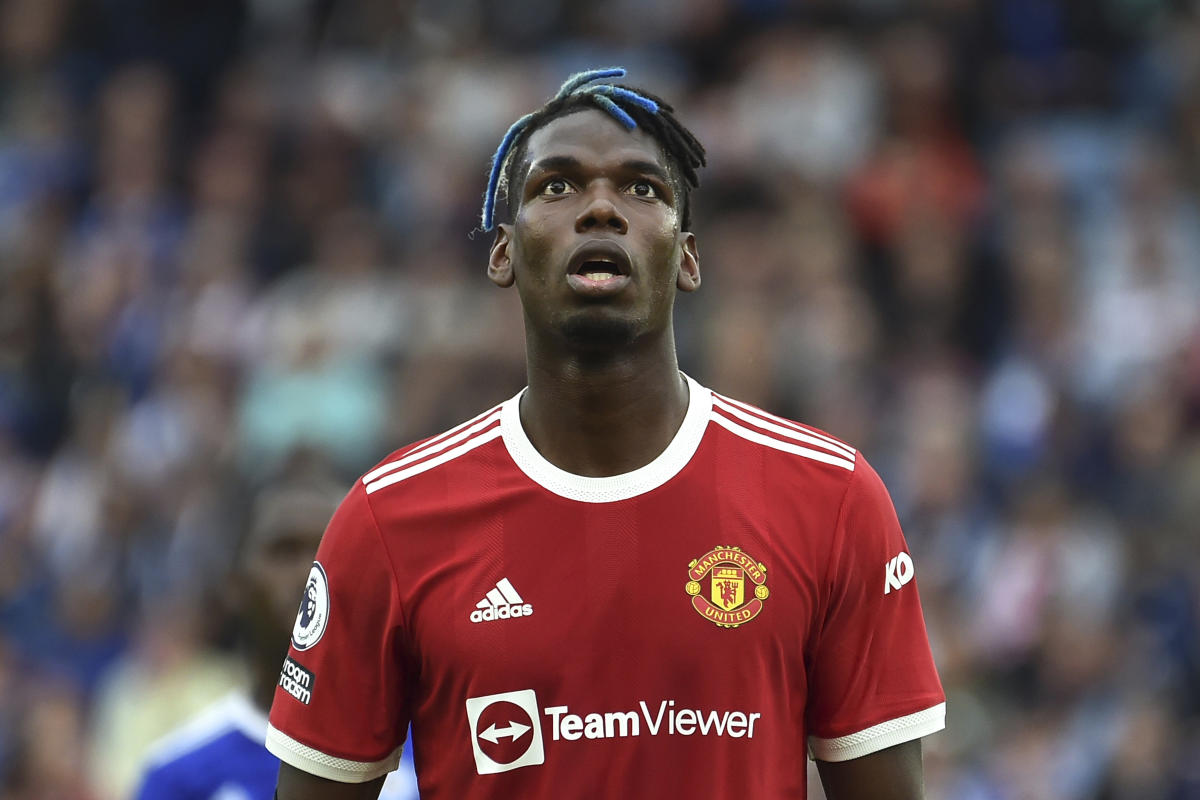 PARIS (AP) — Paul Pogba’s knee injury could save France coach Didier Deschamps from having to make a painful choice.

For the midfielder’s fitness could prove to be the determining factor in deciding whether he plays at the World Cup, amid an extortion scandal that threatens to disrupt France’s preparations for the tournament in Qatar.

What would otherwise have been an injury headache for Deschamps may give him an escape from the potential migraine of another scandal to hit Les Bleus, seven years after the last one.

Defending champion France can ill afford a campaign where two of its biggest stars — Pogba and Kylian Mbappe — are embroiled in controversy.

French officials said that Pogba paid 100,000 euros (nearly $100,000) to an organized group including his brother that was trying to extort him for millions more.

French prosecutors are investigating allegations that Pogba was the target of extortion by his elder brother Mathias Pogba and childhood friends. They allegedly demanded 13 million euros (nearly $13 million) from the France midfielder.

Pogba reportedly made the payment after he was threatened by masked, armed men in a Paris apartment in March while he was in France for national team duty. The group also made demands of the midfielder at the Juventus training center in Turin. He said Mathias Pogba was among them, according to reports.

French media reports said Pogba told investigators the extortionists wanted to discredit him by claiming he asked a witch doctor to cast a spell on Mbappe — an allegation denied by Pogba.

Mathias Pogba on Sunday appeared to address the witch doctor claim in a Twitter post directed at Mbappe: “Kylian, do you understand now? I have nothing against you, what I am saying is for your own good, everything is true and known, the witch doctor is known!”

Mbappe scored for French champion Paris Saint-Germain on Wednesday in a 3-0 win at Toulouse but has yet to comment on the matter.

For Deschamps, however, it must be a tiresome and worrying feeling of deja vu.

He has been in a similarly uncomfortable position before when star forward Karim Benzema was at the heart of a sex-tape scandal in the autumn of 2015, over his alleged role in blackmailing then-France teammate Mathieu Valbuena.

Both were in form and combining well on the pitch with Valbuena’s quick feet and slick runs down the right creating good scoring positions for Benzema.

That scandal also broke close to a major tournament, with France hosting the 2016 European Championship where Benzema — France’s top scorer at the 2014 World Cup — was expected to star alongside Antoine Griezmann in attack.

Deschamps was close to Benzema, too, having earlier defended the striker when he went through a long goal drought. But he decided the media spotlight would be too bright and the questions too persistent at Euro 2016, so he left both Benzema and Valbuena off the squad.

To some observers it was Deschamps at his ruthless best, others felt he was too harsh on Benzema, and that the innocent Valbuena paid an unfair price.

Valbuena never played for France again, while Benzema didn’t play for Les Bleus again until a surprising recall in May 2021.

While the circumstances are different, Pogba’s presence at the World Cup could also have an impact on another player: the star striker Mbappe. They both scored second-half goals in the 4-2 World Cup final win against Croatia four years ago and would normally be first-choice picks for Deschamps.

In normal circumstances, it would have been likely that Deschamps gave Pogba the maximum amount of time to recover from his knee injury. At the European Championship in 2008, then-coach Raymond Domenech took an injured Patrick Vieira in his squad, such was the midfielder’s importance to the team.

But the current climate surrounding Pogba could affect how much indulgence Deschamps shows one of his closest players.

The president of the French Football Federation, Noel Le Graet, has downplayed the scandal.

“These are just rumors at this point,” Le Graet told Radio Monte Carlo. “And they love Paul. I hope this does not call into question his (World Cup) spot on the French side.”

Crucially, Le Graet had initially taken Benzema’s side before Euro 2016, only to fall into line with what Deschamps wanted — leaving Benzema feeling let down, since he was close to Le Graet.

Time is not on Deschamps’ side, either.

He knows the questions will come on Sept. 15 as soon as he names his squad for Nations League games — home to Austria on Sept. 22 and at Denmark three days later.

They are the last two games before France’s opening game of the World Cup against Australia on Nov. 22.

Pogba is recovering from a meniscus tear in his right knee. He decided against having an operation and is expected to be out for a few more weeks.

This could give Deschamps an easy yet diplomatic get-out in resolving the issue by saying he won’t be match fit, rather than having to drop a player who has been a central element in his team since he took charge 10 years ago.

It seems unlikely that the 29-year-old Pogba would recover in time to face Austria and Denmark, anyway. Even if his knee improves, he’ll be well short of match fitness.

So Deschamps could cite fitness — or hope the whole mess is cleared up in time when he submits his official World Cup squad in mid-October.

But even that won’t stop the questions coming in Qatar, where Pogba’s presence could impact Mbappe’s form and thus weigh on the squad’s general mood under intense media scrutiny.

Benzema is expected to win the Ballon d’Or as the world’s top player, while Mbappe has won it French league’s best player award three times. They are the top priorities in Deschamps’ team, while Pogba is perhaps not as valuable as he once was with Aurelien Tchouameni now impressing at Real Madrid.

Given how well Mbappe has combined with Benzemawould Deschamps want to disrupt it for the sake of loyalty towards a player who — even without this scandal — would have been doubtful to play in Qatar anyway?

Then there’s Pogba’s brother, the 32-year-old Mathias. They were close when growing up in a housing project with Florentin Pogba — Mathias’ twin — in the eastern Paris suburb of Roissy-en-Brie. All three played for the commune’s local club at junior level, and the twins also had lower-lever professional careers.

The case became public after Mathias posted on social media last weekend with threats to share “explosive” revelations about Paul’s agent Rafael Pimento, and about Mbappe.

He posted another obscure and cryptic video with a voice-over containing violent language and a moody soundtrack on Tuesday night.

What if Mathias Pogba keeps posting such videos during the World Cup?

It is a distraction Deschamps could probably do without.