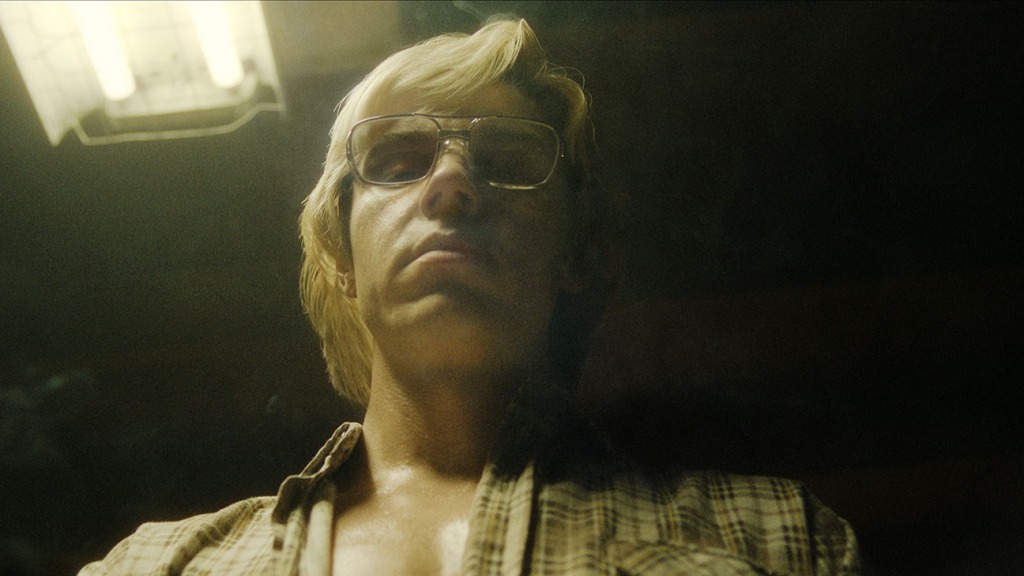 Held back from critics, presumably so that co-creator Ryan Murphy could protect the viewing experience for audiences without access to Wikipedia, recent television or semi-recent history, Netflix‘with Dahmer — Monster: The Jeffrey Dahmer Story is an infuriating hodgepodge. (That’s the last time I’m going to use that full idiotic title, one of several things Netflix brass should have had the wherewithal to prevent.)

One can appreciate the performers in Dahmer — Richard Jenkins and Niecy Nash in particular; Evan Peters despite an excess of familiarity in his turn — and respect that Murphy and co-creator Ian Brennan have tangible and meaningful things to say here, while also feeling that the 10-episode series is haphazardly structured, never finds a happy medium between exploration and expectation , and probably would never have existed if adulation for The Assassination of Gianni Versace: American Crime Story had been more universal.

It isn’t that Versacee wasn’t admired, but most critics, myself included, compared it negatively to the previous season, The People v. OJ Simpson: American Crime Story. In years of retrospect, I’ve come to really appreciate the points Murphy and writer Tom Rob Smith were making Versace, and the relative elegance of the character study that the series’ reversed narrative allowed for. I’m sure that if we’d all been properly admiring of the season, Murphy and company wouldn’t have felt the need to say, “Look, you didn’t get my last fragmented 10-hour interrogation of the intersection of serial killing and race, focused on reclaiming the names and identities of the victims from the perpetrator’s notoriety — so I’m going to try again with more hand-holding.”

As was the case in Assassination, Dahmer begins at the end, in 1991, as prolific serial killer, necrophiliac and cannibal Jeffrey Dahmer (Peters) picks up Tracy Edwards (Shaun J. Brown) at a Milwaukee-area gay bar and brings him back to his dingy apartment, where absolutely everything is a warning sign: There’s a drill drenched in blood, a tank filled with dead fish, a festering stench, a mysterious blue shipping drum and a VCR playing The Exorcist III. Tracy — historical spoiler alert — escapes and gets the police and it’s quickly discovered that Dahmer had, over the course of three decades, murdered and done horrifying things with the bodies of 17 young men, mostly young men of color.

From there, we trace Jeffrey’s evolution from antisocial young boy (a superb Josh Braaten) to dissection-loving teen to serial killer, though never in chronological order, because everybody knows that chronological order is for squares and Wikipedia. We witness his relationship with his caring-but-distracted father (Jenkins’ Lionel), unstable and poorly treated mother (Penelope Ann Miller), barely sketched-out stepmother (Molly Ringwald’s Shari), church-going grandmother (Michael Learned’s Catherine), various victims and the neighbor (Nash’s Glenda) who kept calling the police about the smell and kept being ignored.

For five episodes, directed by Carl Franklin, Clement Virgo and Jennifer Lynch, Dahmer makes the same loops over and over again through Jeffrey’s behavior, which I’d call “increasingly nightmarish,” except that once you tell the story in semi-arbitrary order, you lose any of the character progression implied by “increasingly.” So it’s all just a nightmarish-but-monotonous miasma in which Jeffrey drinks cheap beer, fixates on somebody, masturbates inappropriately and then does something horrible, although at least the series keeps us in suspense as to what horrible thing he’s going to do. This developing of tension through “Is he going to eat this victim?” or “Is he going to have sex with this victim?” makes ghouls of the audience, an indictment of gawking viewership I might find more convincing if it weren’t coming from the creative team behind umpteen seasons of American Horror Story and the network behind leering longform documentaries about every serial killer imaginable.

Smarter observations start coming up in the second half of the season, starting with the episode “Silenced.” Written by David McMillan and Janet Mock and directed with more empathy than voyeurism by Paris Barclay, “Silenced” tells the story of Tony Hughes (excellent newcomer Rodney Burnford), presented here as perhaps the only victim with whom Jeffrey had traces of a real relationship . It’s easily the best episode of the series, an uncomfortably sweet and sad hour of TV that probably should have been the template for the entire show. Tony was deaf and, in placing a Black, deaf, gay character at the center of the narrative, the series is giving voice to somebody whose voice has too frequently been excluded from gawking serial killer portraits.

It’s obvious that Murphy and Brennan want that to be a key takeaway from Dahmerbut unlike something like When They See Uswhich had a similar message of transforming “The Central Park Five” into individuals with names and personalities, Dahmer maybe does it with two or three of the non-Jeffrey characters. The second half of the series is supposed to be that, but the show can’t get out of its own way. There are pointless and lengthy and manipulative asides about Ed Gein and John Wayne Gacy, for example, that get more screen time than at least 10 victims. That’s just pandering to serial killer obsessives and undermining several series themes. I’d add that concentrating on things like that and reducing most of the victims and their families to their pain is closer to exploiting that pain than honoring any memories.

Or take “Cassandra,” the episode built around Nash’s Glenda (the actress simultaneously avoids the comic cadences that made her a star and delivers two or three lines of incredulous dialogue that will have some viewers cheering). It’s a good episode because Nash is so good, but it can only get into Glenda’s head with the help of a subplot involving Jesse Jackson (Nigel Gibbs), there to spell out themes that the writers are insecure about having previously established.

That’s the problem. I know why, on an intellectual level, Dahmer does many of the things it’s doing. I just wish it trusted in its own ability to do them.

The first half of the season is as repetitive as it is in part because it wants to make clear the number of different points at which Dahmer could have been caught or had his appetites redirected. “All those red flags,” Lionel Dahmer laments. True story! Could the true story have been conveyed in two episodes instead of five? Why yes, especially in a series that wants to be about the stories we don’t know, since those five episodes are very much the story we to know, anchored by Peters giving a performance that is full of uncomfortable, dead-eyed terror but, other than in “Silenced,” never surprising. After Peters won a well-deserved Emmy for breaking away from the eccentricities and affections of the Murphy Cinematic Universe in Mare of Eastownit’s back to the performance you expect Dahmeralbeit one with an inconsistent Midwestern accent.

The second half of the season aims to nail down the wholly non-controversial assessment that Dahmer was able to get away with his crimes because he was a white man preying primarily on economically disadvantaged men of color. The Milwaukee police, possibly the real villains of the piece, missed many opportunities to stop things because they weren’t interested in the race and economic status of the people going missing, wanted no part of the sexuality of anybody involved and couldn’t be bothered to show support in the affected neighborhoods.

This is hard to dispute as a fact in the case — plus, it’s the EXACT subtext of much of it Versace — and I’d say that Dahmer makes the point pretty clearly. Then in the last few episodes, with Jesse Jackson and others, the show keeps having people just come out and say it. Over-articulate it once, shame on anyone in the audience who didn’t get it already. Do it twice, shame on you for not trusting that audience. Do it three times, shame on Netflix’s development executives for not saying, “Yeah, we’re fine already. Move on.” But again, Ryan Murphy likes to show and tell (over and over), and in a world where too many storytellers forget to do the former entirely, I guess we should be grateful?

Through a different editing process, there is an intelligent interrogation of Jeffrey Dahmer’s crimes, the real people affected and the consequences here. It’s frequently lost or obscured. I hope that the dramatic choices, and the decision to let the series promote itself, don’t cause Niecy Nash, Richard Jenkins, Rodney Burnford and the show’s valid points to get lost as well.