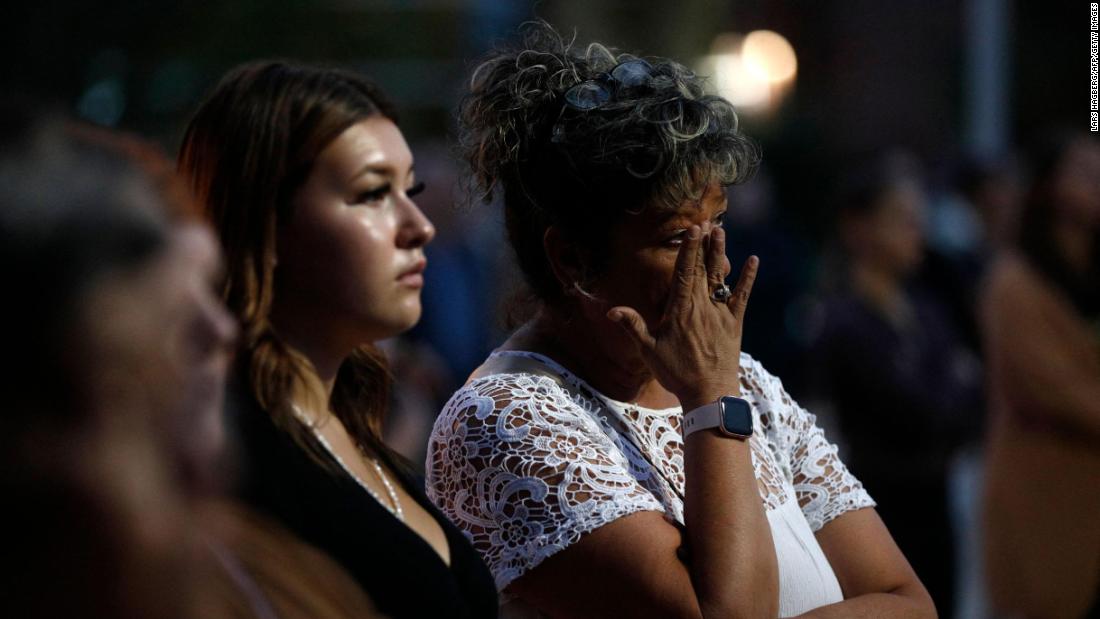 Both brothers were wanted in connection with the deaths of 10 of the stabbing victims. But when asked by a reporter if Myles Sanderson was the one who carried out the killings, Blackmore said, “Our witness accounts that we have received have indicated that Myles Sanderson was the person responsible,” although she noted the investigation is still working to confirm exactly who was involved.

The events leading up to Myles Sanderson’s death began with a call at 2:07 pm local time Wednesday for a breaking and entering when officers received information that Sanderson was standing outside a home northeast of the town of Wakaw with a knife. It was reported that he stole a white Chevrolet Avalanche truck and fled the property and the RCMP issued an emergency alert, Blackmore said.

Over the next 45 minutes, the RCMP received more than 20 calls about potential sightings of the truck. An RCMP officer eventually saw the truck going at least 150 kph (90 mph) and it was located on a nearby highway, Blackmore said.

“To ensure the safety of drivers on the highway, the vehicle was directed off the road and into a nearby ditch,” Blackmore said.

Police confirmed the driver was Sanderson and took him into custody, Blackmore said. A knife was found inside his vehicle.

“Shortly after his arrest he went into medical distress. Nearby EMS were called to attend the scene and he was transported to a hospital in Saskatoon,” Blackmore said, adding he was pronounced dead at the hospital.

“I can’t speak to the specific manner of death, that’s gonna be part of the autopsy that will be conducted,” Blackmore said.

The Saskatoon Police Service and the Saskatchewan Incident Response Team will conduct the investigation into Sanderson’s death, according to Blackmore.

Sanderson’s death and arrest come three days after 10 people were killed in the mass stabbing, and additional 18 people were injured. The victims ages ranged from 23 to 78 years old, authorities said.

All but one victim is from the James Smith Cree Nation

The 10 victims range in age from 23 to 78 years old, and all but one are from the Indigenous community of the James Smith Cree Nation, according to authorities.

The victims were identified as:

Petterson is from Weldon, Saskatchewan, while the other nine victims are from the James Smith Cree Nation.

Several family members of some victims spoke at a press conference Wednesday about their loved ones. Saskatoon Tribal Chief Mark Arcand identified Bonnie Burns as his sister and Gregory Burns as her son, and he said another of her sons was stabbed but survived.

“Let me be honest in saying this, we don’t really know what happened. We just know that our family members were killed in their own home, in their yard,” Arcand said.

In addition, 18 people were injured in the stabbing attacks, but authorities will not be releasing their identities. “We can confirm one young teen was injured and the remaining injured are all adults. We will not be confirming other specific ages,” the agencies said.

Three patients were in critical condition and seven were in stable condition as of Tuesday, according to the Saskatchewan Health Authority.

The victim information was released while Canadian police continued their massive search for one of the two suspects in the brutal attacks, which spanned 13 different crime scenes in the James Smith Cree Nation and in Weldon, a nearby rural village.

Some of the victims were apparently targeted, police say

It remains unclear what motivated the violence and how or whether the brothers knew any of the victims.

Some were apparently targeted while others may have been attacked randomly, Royal Canadian Mounted Police Assistant Commissioner Rhonda Blackmore said in a Monday briefing.

It’s also unknown if the brothers carried out the attacks at the same time, according to Blackmore.

The first stabbing was reported on the James Smith Cree Nation at 5:40 am Minutes later, several more calls came in about stabbings at other locations, police said.

The nation has a population of around 3,400 people with about 1,800 members who live on the reservation, according to its website.

By 9:45 am, authorities were reporting victims in multiple locations, including one in Weldon.

Lydia Gloria Burns, a first responder, was responding to a crisis call when she was caught up in the violence and killed, her brother Darryl Burns told Reuters, although the agency did not say if the call was related to the stabbings.

“She was butchered,” her brother Ivor Burns said to Reuters.

The discovery of Damien Sanderson’s body a day after the attacks also raised questions about his brother’s involvement in his death. But the police said Monday that it was unclear if Myles Sanderson was involved.

Blackmore previously said that Sanderson had warrants out for his arrest before the stabbings.

“Myles’ record dates back quite a number of years and it includes both property and personal crimes,” Blackmore said, without elaborating on the alleged crimes.

“His actions have shown that he is violent and so we’re continuing to emphasize for people to remain vigilant,” Blackmore added.

Sanderson was granted statutory release by the Parole Board of Canada, according to a ruling made on February 1, 2022.

Statutory release is a presumptive release by law that allows an offender to serve part of their sentence in the community under direct supervision, according to the board. By Canadian law, the Correctional Service of Canada must release most offenders with supervision after they have served two-thirds of their sentence, if they have not already been granted parole, except for those serving a life sentence.

The board said in the ruling that it did not believe Sanderson would present a risk to the public if released. The decision did note his long criminal history and that he was assessed by a psychologist for a “moderate risk of violence.”

“Your criminal history is very concerning, including the use of violence and weapons related to your index offenses, and your history of domestic violence which victimized family, including your children, and non-family,” the ruling states.

In a statement, the Parole Board said it “extends its thoughts to the victims, their families and all those who have been impacted as a result of these senseless and horrific acts of violence.”

Citing the Privacy Act, the board said it could not discuss specifics of an offender’s case.