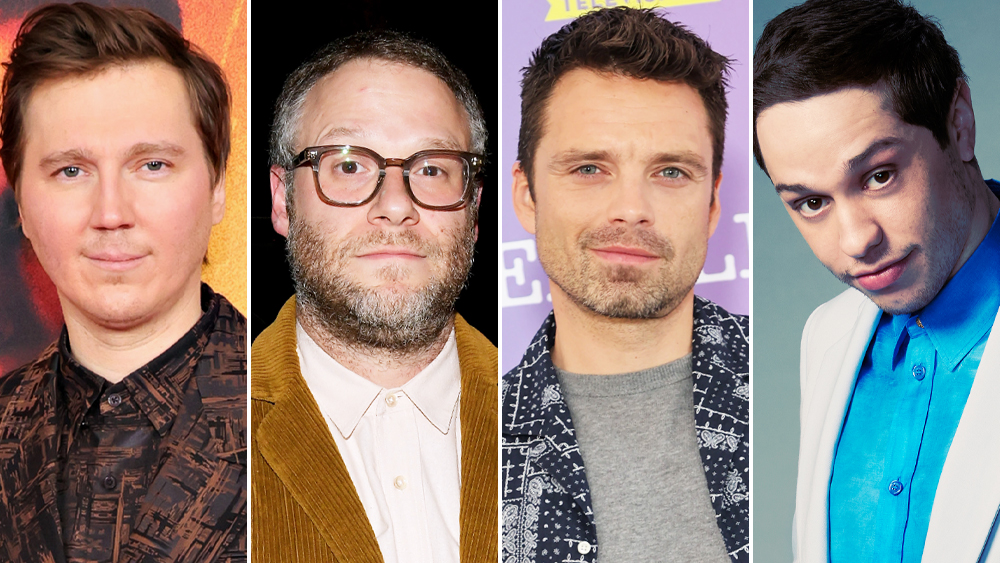 EXCLUSIVE: After signing on to the project in April, Craig Gillespie has lined up an all-star cast of faces familiar to the director. Sources tell Deadline that Paul Dano, Seth Rogen, Sebastian Stan and Pete Davidson are on board for Black Bear Pictures’ Dumb Money, an adaptation of Ben Mezrich’s book The Antisocial Network, with Gillespie directing. Rebecca Angelo & Lauren Schuker Blum are adapting with Ryder Picture Company’s Aaron Ryder, Black Bear’s Teddy Schwarzman and Gillespie producing.

Deadline has been all over this project going back to when the film was set up at MGM, which landed the rights to Mezrich’s manuscript in January. The project recently moved over to Black Bear, which is planning to launch sales on the film at this month’s Toronto Film Festival through its Black Bear International division led by John Friedberg. Executive producers include Michael Heimler, Friedberg, Andrew Swett, Angelo, Schuker Blum, Mezrich, Johnny Holland, Tyler Winklevoss, Cameron Winklevoss and Kevin Ulrich.

Principal photography will begin in October on Dumb Money, which tells the story of fortunes won and lost overnight in the David-vs.-Goliath GameStop short squeeze that might have ended up changing Wall Street forever. It offers a gripping portrayal of how a loosely affiliated group of private investors and internet trolls on a subreddit called WallStreetBets took down one of the biggest hedge funds on Wall Street, firing the first shot in a revolution that threatened to upend the establishment.

“Black Bear has diamond hands for Dumb Money,” Schwarzman said. “Lauren & Rebecca have masterfully adapted Ben Mezrich’s exceptional book detailing one of the greatest underdog stories of our time. Craig Gillespie is a tremendous leader with exceptional vision and has assembled a tremendous ensemble. We’re honored to partner with him, Aaron Ryder, and this terrific team in front and behind the camera to bring Dumb Money to audiences everywhere.”

Gillespie, Rogen and Stan have been looking for something to team on following the success of their Hulu limited series Pam & Tommy, and this fit in their wheelhouse of stories that seem to wild to be true. As for Pam & Tommy, not only was the series one of Hulu’s bigger hits of the year, it earned Emmy nominations for all threealong with Best Limited Series and six other noms.

As for Dano, he already is gaining some awards season momentum with his performance as Burt Fabelman in Steven Spielberg’s The Fabelmanswhich premieres next week at the Toronto Film Festival. He also earned rave reviews as the Riddler in Warner Bros. box office smash The Batmandirected by Matt Reeves.

Besides Pam & Tommy, Rogen is gaining his own awards-season buzz in The Fabelmans as well, where he plays the uncle of the main character. He also recently was seen in the Emmy-nominated Chip ‘n Dale: Rescue Rangers.

Stan also delivered a noteworthy performance in the black comedy thriller Fresh, alongside Daisy Edgar-Jones. He next will star in Sharper and A Different Man.

Davidson most recently was in Bodies Bodies Bodies for A24. He is in production on the Peacock series Bupkis, alongside Joe Pesci and Edie Falco.

Dano is repped by WME and Anonymous Content, Rogen by UTA and Principal Entertainment LA and Stan by CAA and Brookside Artist Management. Gillespie is represented by UTA and Rumble Media, and Davidson, Angelo, Blum and Mezrich are repped by CAA. Ryder Picture Company is repped by UTA.

Black Bear has been rapidly expanding from its origins as an independent film production and financing company into a multifaceted studio across film and television. The recent formation of UK distributor, Black Bear UK, strategically complements Black Bear’s Canadian releasing arm, Elevation Pictures, and comes on the heels of the creation of Double Agent, a joint venture with New Regency, focused exclusively on the production and financing of premium unscripted content.