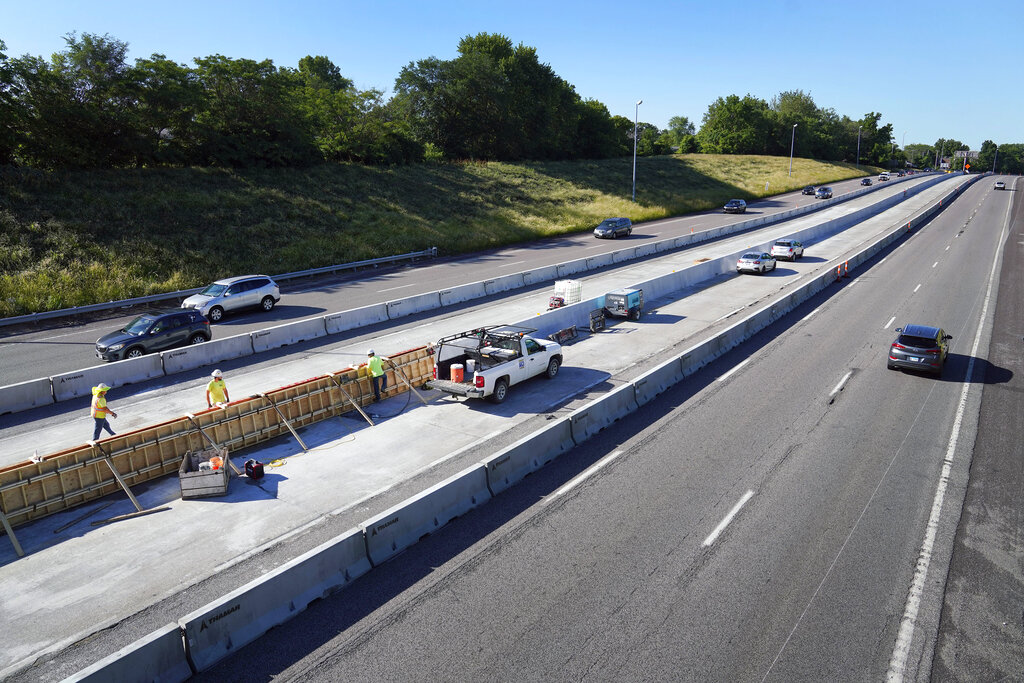 State use of federal infrastructure dollars to prioritize highway expansions over repairs could waste billions of dollars and worsen the impacts of climate change, a new report has been found.

The report, published on Thursday by the US Public Interest Research Groups (US PIRG), urged state lawmakers to reexamine proposed highway expansion projects — while taking into account the evolving transportation needs of the American public.

“Every time we spend money on infrastructure, we have an opportunity to re-envision the future,” Matt Casale, director of the US PIRG Education Fund’s environmental campaigns, said in a statement.

“We should not invest in highway boondoggles that will exacerbate our pollution and global warming problems,” Casale continued. “The projects that we choose to invest in should be ones that are going to make American lives better.”

States have found themselves with funds to make such decisions following November’s passage of the bipartisan infrastructure law, which seeks to modernize transportation across the US

But the infrastructure law, the report authors noted, gives states the flexibility to choose how best to spend much of the funds they receive. Many states are advancing billions of dollars’ worth of highway expansion projects, funds for which the authors argued would be better spent on attending to maintenance backlogs.

After highlighting 66 highway boondoggles in seven previous reports, the US PIRG Education Fund focused in Thursday’s edition on seven new highway projects that would cost a total of more than $22 billion.

“America can’t afford to squander our historic investment in infrastructure on boondoggle projects,” lead author James Horrox, a policy analyst at the Frontier Group, a Denver-based nonprofit organization, said in a statement.

“And yet, across the country, wasteful and damaging highway expansion projects are often first in line for public dollars,” Horrox added.

The most expensive project is a $16 billion proposal to widen the New Jersey Turnpike and the Garden State Parkway — plans that would result in the addition of hundreds of miles of new lanes on two of the country’s busiest roads, according to the report.

A $2.8 billion plan to construct a 10-lane, double-decker bridge across the Ohio River could “exacerbate congestion at one of the country’s worst traffic bottlenecks,” the report stated.

Another $1.3 billion would go to Maryland’s proposed Montgomery County M-83 highway, which has been discussed since the 1960s.

The construction of this highway would “pose aa direct threat to 25 residential neighborhoods, 100 acres of public forest, 14 wetlands, six streams, natural floodplains and 60+ acres of agricultural reserve,” the authors contended.

Widening Interstate 205 in Oregon would cost $900 million and could endanger “the long-term financial security of the region’s transportation system” while contradicting the state’s climate goals, according to the report.

A proposed $750 million 8-mile bypass in southwestern Virginia would threaten hundreds of acres of forest, wetlands and farmlands and force 21 households to relocate, the authors stated.

Another contentious project is the $510 million reconstruction of I-35 in Minnesota, which would be the first of a series of major highway projects in downtown Duluth, the report explained.

The final project of focus is the $66 million-$100 million redesign of the Erie Bayfront Parkway in Pennsylvania, which the authors argued would attract more traffic to Erie’s developing bayfront and fail to meet community demands for improved pedestrian access.

The authors recommended that instead of investing in such projects, state and local governments should finance solutions that minimize dependence on automobile travel.

They also stressed the importance of directing funding towards repairing existing roads and granting priority to projects that decrease growth in vehicle-miles travelled.

“Rather than costly highway boondoggles, we need to start using our money more wisely by investing in public transit, walking and biking instead,” he added.