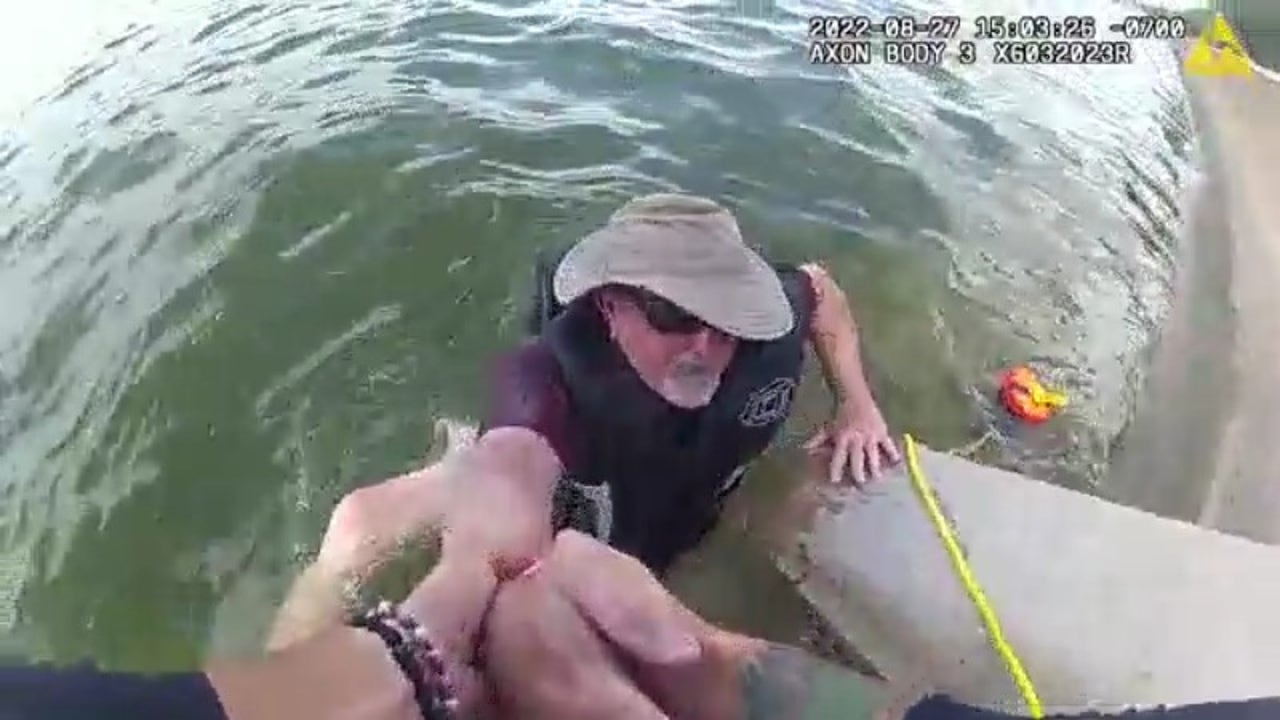 TEMPE, Ariz. – Officers with the weather Police Department were able to deploy their newly implemented floatation device to rescue a paddleboarder who fell into Tempe Town Lake.

The rescue happened on Aug. 27, when officers responded to the south side of the lake for a man who had fallen off his paddleboard and couldn’t get back on. An officer threw the floatation device at him, and then pulled him to safety.

The paddleboard is expected to be OK.

The paddleboarder’s rescue happened months later 34-year-old Sean Bickings, who was an “unsheltered Tempe community member,” drowned in the lake early in the morning on May 28. Three police officers were placed on administrative leave after transcripts revealed that they watched him drown.

The incident began as a reported domestic violence situation at Tempe Beach Park between Bickings and his wife. Both denied that any fight had taken place.

When officers were called, Bickings reportedly tried to run away from them by fleeing into the lake. He was unable to get out of the water, and eventually drowned.

According to the Medical Examiner report, which was signed off in late July, Bickings’ death was ruled an accidental drowning. The ME also listed “methamphetamine intoxication” as a contributory cause of death in the report. A toxicology test on Bickings detected methamphetamine in his system.

Bickings’ drowning sparked controversy over the officers’ actions. According to transcripts released by Tempe Police officials, one of the officers who responded said he was not going to jump in after Bickings.

“I’m drowning,” Bickings, noted as ‘victim’ in the transcript, said.

“Come back over to the pylon,” an officer, noted as ‘Officer 2’ in the transcript, said.

“OK, I’m not jumping in after you,” said an officer who was noted as ‘Officer 1’ in the transcript.

In the aftermath of Bickings’ drowning, some argued that the officers should have gone into the water and reacted more quickly to save Bickings. Meanwhile, others said that they should not have done so because it would have put even more lives in danger.

An investigation by the Scottsdale Police Department sided with the latter.

“Scottsdale concluded, after speaking to local law enforcement experts in water-related job assignments, that the Tempe officers should not have attempted a rescue by jumping into the water,” city officials said. “Several reasons were cited, including the reality that drowning victims can physically overwhelm their rescuers.”

The three officers who responded to the call and witnessed Bickings’ drowning were placed on non-disciplinary paid administrative leave. As a result of Scottsdale Police’s findings, the officers are now back on duty.

In the aftermath of Bickings’ drowning, Tempe officials announced a number of new measures in response to the incident.

“In August 2022, in partnership with the City of Tempe, the Tempe Police Department purchased and equipped patrol officers with throw bag flotation devices. With a number of lakes and various bodies of water within the City of Tempe, patrol officers in the field operations unit are now equipped with the water rescue tool and have attended training for the deployment of the throw bag device,” a news release read.

“Tragic events can prompt genuine reflection,” said City Manager Andrew Ching, in the statement. “Tempe is a caring, compassionate community, and we take seriously the responsibility to examine our approaches and transform after devastating events.”

The Tempe Police Department released bodycam footage of the moments leading up to the drowning of a man in Tempe Town Lake on May 28. The incident began as an apparent domestic violence situation between the man, identified as Sean Bickings, and his wife.

Three police officers have been placed on administrative leave after they reportedly watched as a man drowned in Tempe Town Lake, transcripts revealed.