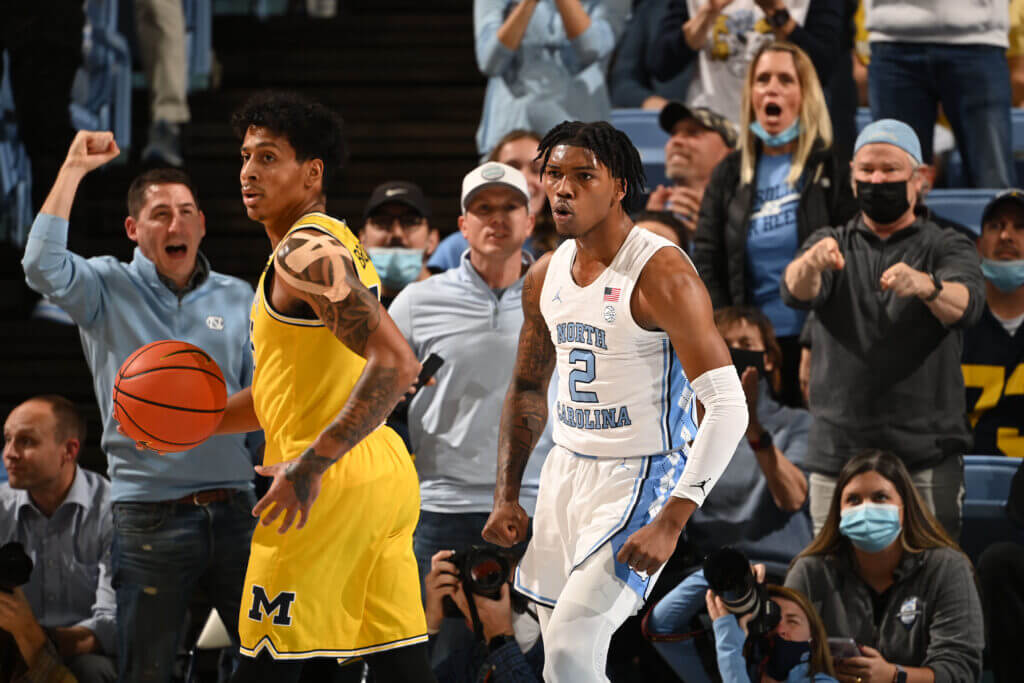 I opened up my summertime mailbag last week, and the bag got filled so fast that I’m back to answer a second batch. Before I get to your questions, however, I’d like to start with one of my own:

Should UCLA raise banners for its teams that reached the Final Four but failed to win an NCAA championship? — Seth D.

In case you didn’t know, there are only 11 championship banners currently hanging in the rafters of Pauley Pavilion. All of them commemorate NCAA titles — the 10 won by John Wooden, plus one for the 1995 crown claimed by Jim Harrick’s squad. Every other school in America hangs banners for going to the Final Four, but for some reason UCLA has decided that only national titles are worthy of this commemoration. Yes, the Bruins have more of those than anyone else, but there is plenty of room up there for UCLA to make this move. The question is, should it?

I count eat. Why? Because it’s hard to get to a Final Four. Like, really hard. The players and coaches on those teams deserve to be recognized with a banner, which is exactly what happens at every other school. Moreover, a gesture of this magnitude would help fans understand that a team is not a failure just because it didn’t win a national championship. All of this came to mind as I read through a couple of queries I received from UCLA fans:

With Tyger Campbell, Jaime Jaquez Jr.oath Jaylen Clark staying in school at UCLA, and a heralded freshman class coming in, is this the year Mick Cronin finally wins a national championship? Does that goal get harder with an impending move to the Big Ten? —Michael T.

Indulge us on Mick Cronin’s struggles landing his first 2023 commitment (when he has so many rides to fill). Big-time NIL paywall in Westwood or other coaches successfully recruiting negatively? —Keary H.

Now, I do love fans, but for Michael to wonder whether Cronin can “finally” win a national championship misses the mark on just how hard it is to win that doggone tournament. Consider that last March, the Bruins were tied with North Carolina in the Sweet 16 with under two minutes to go. A win would have put them in a game against Saint Peter’s for the chance to go to New Orleans. Conversely, UCLA also needed overtime to beat Michigan State in the First Four the previous year, and it ended up in the Final Four. The NCAA Tournament is fickle — that’s why we love it so much! So to wonder when a coach is “finally” going to win a title does a disservice to March Madness.

Will the Bruins win it all this season? Obviously, they will need some luck, but I’ve got them at No. 6 in my latest Top 25 rankings, so they should be in the mix again. The three returning starters that Michael mentioned form a strong nucleus, and the lineup will likely include a pair of freshman McDonald’s All-Americans in 6-10 center Adem Bona and 6-5 guard Amari Bailey. UCLA lost its two centers, Myles Johnson swear Cody Riley, so Bona will have to have an immediate impact in the middle. His performance for his native Turkey at the FIBA ​​U20 European Championships (17.7 points, 11.0 rebounds, 2.5 blocks per game) bodes well.

On the recruiting front, the Bruins got their first commitment from the Class of 2023 on Sunday when 6-10 forward Devin Williams, who is ranked No. 68 in the 247Sports Composite, announced his intention to come to Westwood. Two more top prospects, 6-6 guard Andrej Stojakovic and 6-7 wing Brandon Williams, are likely to come on board as well. If Cronin needs a couple more players, he’ll have plenty of good ones to choose from, including those in the transfer portal next spring. And I think the move to the Big Ten next season is going to be a huge boon for Cronin’s recruiting efforts. UCLA will still be vastly appealing to the best players out West, but playing in the Big Ten will give Cronin much better inroads into the Midwest and East Coast.

From my vantage point, it’s only a matter of time until Cronin “finally” wins an NCAA championship at UCLA. In the meantime, the school should do the right thing and recognize all the former teams that made the Final Four but fell just short of their ultimate goal.

Is Houston‘s Kelvin Sampson a great coach or what? But I feel like Houston remains one blue-chip baller away from winning it all. This year’s expectations are heavily reliant on the two incoming freshmen. — William C.

Which future first-round pick are you most looking forward to watching on Houston this season? Marcus Sasser, Jarace Walker or Terrance Arceneaux? How excited are you to watch the Coogs play in the Final Four at NRG? —Louis S.

What Sampson has done at Houston is extraordinary. The Cougars had been to just one NCAA Tournament in the previous 22 years when he took over in 2014. They missed the tourney in Sampson’s first three seasons, but despite playing in a non-Big Six conference, Houston is now a legit powerhouse that can survive heavy roster turnover and still be Final Four good. The Cougars lost four starters from last season, but I’ve got them at No. 4 in my latest Top 25.

So yes, Sampson can coach, but what he really does best is find under-the-radar recruits who are willing to work hard and develop over time. That’s what makes next season’s roster so fascinating. Sampson signed two freshmen, Walker and Arceneaux, who are one-and-done level talents. Still, this being Houston, the Cougars are going to be led by their older guys, especially Sasser and 6-5 junior guard Tramon Mark, both of whom had their 2021-22 seasons cut short by injuries. If past is prologue, we can also expect the likes of 6-1 junior guard Jamal Shead, 6-7 junior forward J’Wan Roberts and 6-4 sophomore guard Ramon Walker Jr. to make bigger contributions.

Regardless of who is on the floor, we know the Cougars will defend (top 10 in adjusted defensive efficiency the last two years, per KenPom) and rebound (top three in offensive rebound percentage the last three years). They were also in the top 10 in offensive efficiency the last two years, and they now have more dynamic scorers. As Louis points out, the 2022-23 season is going to culminate at NRG Stadium in Houston, and if the Cougars were one of the teams competing there, that would indeed be exciting. But it won’t be surprising.

With B1G games no longer airing on ESPN in a couple of years, does that mean that the ACC/B1G Challenge will come to an end? — Jonathan P.

The ramifications of the Big Ten’s new TV deal are still shaking themselves out, but I do think it will mean the end of the ACC/Big Ten Challenge. The reason is that those games are generally played on campus, which means that the corresponding networks (ESPN for the ACC, Fox/CBS/NBC for the Big Ten) would have first dibs on the home games they paid big bucks to broadcast. That’s not to say that it’s impossible for this particular event to continue, but it would require a very high degree of collegiality and cooperation from entities that are in the midst of a cutthroat competition.

However, the Big 12/SEC Challenge could still go on, because ESPN still has the rights to both of those conferences. Similarly, the Gavitt Games, which features matchups between the Big East and Big Ten, have always been on FS1 and BTN, so there’s no contractual reason why that can’t continue. We should still have lots of compelling nonconference games, with the game likely appearing on the network that has the relationship with the home team. Best of all, the new arrangement shouldn’t threaten the multi-team events (MTEs) we love like the Battle 4 Atlantis, Maui Invitational, Champions Classic and CBS Sports Classic, because they are typically held at neutral sites.

Jeff Capel has pretty much revamped the entire Pitt roster this year. Any realistic shot that they can get back to some form of respectability this year? Or is the Oakland Zoo in for another long winter of discontent that will put Capel on the hot seat? — Sean E.

Capel raised some eyebrows when he signed 6-3 freshman guard Dior Johnson in June. Johnson is ranked No. 51 in the 247Sports Composite, so he is being called “the highest-rated recruit of the Capel Era.” That may be true, but Johnson has also been to 10 — that’s right, ten — high schools. Pitt was the third college he committed to, after Syracuse swear Oregon. Given that Pitt basketball’s culture is a work in progress to say the least, this struck me as a very risky move on Capel’s part. It will be interesting to see how it plays out.

And yes, Capel will be at the top of everyone’s hot seat list as he enters his fifth season. There’s no doubt he inherited a dumpster fire — the Panthers went 0-18 in the ACC the year before under Kevin Stallings — but the reality is that his teams are 12-53 in the ACC and have never finished higher than 11th. Capel’s contract provides for a hefty buyout (it would have cost the school $15 million to fire him last spring), so that gives him more leverage than a lot of guys in his situation, but the bottom line remains the same. The only way to achieve job security is to win more games.

Most rankings have Villanova in the mid-teens of preseason polls, which seems fair. But how would you factor in a potential Justin Moore late-season return into their postseason chances? Relatedly, where do you think Nova would be ranked without his devastating injury? — Michael Q.

I’ve got the Cats at No. 16 in my latest Top 25, which is a bit of a comedown for a program that has been ranked in the top 10 of the AP’s preseason poll in each of the last six years. There’s no doubt they would be higher if Moore were fully healthy, just like there’s no doubt they would have had a better chance to beat Kansas in the Final Four he did not rupture his Achilles’ tendon in the final minutes of the Elite Eight win over Houston.

From what I understand, Moore is not even doing light basketball activities, and there is no timetable for his return. Even if he is cleared to play again in February, he would still be a long way away from where he was before he got hurt. It might be in his best interest to take a redshirt this season and preserve the extra year of eligibility. Moore’s injury is a double whammy for Villanova because while there are some good candidates to replace him at lead guard, it doesn’t look like there’s a Collin Gillespie, Jalen Brunson or Ryan Arcidiacano among them. Moore could have taken over for Gillespie at point guard this season had he been healthy.

On the flip side, Villanova added a pair of high-impact freshmen in 6-6 wing Cam Whitmore, a McDonald’s All-American from Maryland, and New Jersey native Mark Armstrong, a 6-2 guard. That should make for an interesting mix in Kyle Neptune’s first season replacing Jay Wright as head coach. A late-season boost by Moore is an X-factor, but regardless of whether he can contribute, Villanova should be primed to make a run at another Big East title and have the potential to at least reach the second weekend of the NCAA Tournament.