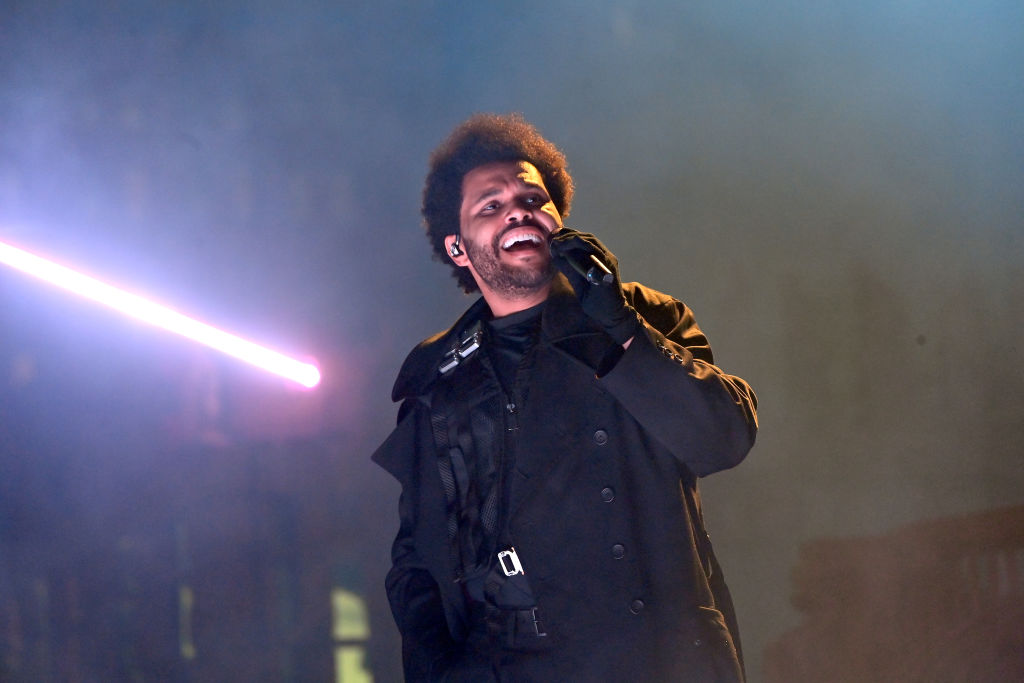 Among the scares this year at Universal Studios’ always terrifying Halloween Horror Nights is a brand new experience inspired by The Weeknd, who is known for his eerie, even creepy videos.

John Murdy, the creative director and executive producer for Universal Studios Hollywood, said the musician, whose real name is Abel Tesfaye, reached out to them. Murdy immediately knew the Weeknd’s radio hits, such as “Save Your Tears” and “Blinding Lights,” but he didn’t fully understand his whole brand — the darkness, and the glamor with a seedy underbelly — until he watched his cinematic music videos . Then, he got it right away. They brainstormed together, and Murdy’s team worked up some ideas to present to the artist, who was very “hands-on” in the creation.

“I think,” Murdy tells Yahoo Entertainment, “the first line of my pitch to Abel is, ‘If we, the audience, could be inside your head, when you were conceiving and creating [2020 album] After Hours and all the darkness that that represents — cause, to me, as someone who grew up in Los Angeles, you know, a lot of the album speaks very much to LA culture: our obsession with appearance and preserving looks, the cosmetic surgery, the over-focus on appearance, even the nightclub life, all of that is in After Hours — but, I said, ‘If we could be inside your head, what would that be like? What would that look like? What would that feel like? And would we survive that experience?'”

The Weeknd told Universal that he’s beyond excited.

“I always wanted my own Halloween Horror Nights haunted house, as Halloween has always been significant to my music, so this is a total dream come to life,” he said. “I feel like my music videos have served as a launching pad for a collaboration like this, and I cannot wait for people to experience this madness!”

The result is The Weeknd: After Hours Nightmarewith experiences that include the After Hours Club, based on the “In Your Eyes” video, in which a woman is being stalked, and a section called the After Hours Hotel.

“That’s really inspired by music videos like ‘Heartless’ and ‘Blinding Lights,’ where you’re in this Vegas setting,” Murdy says. “That was particularly exciting, cause I was like, ‘Wow, we’ve never done Vegas as horror,’ but there’s so many things about Vegas that could be horror, you know? And particularly the carpet. If you go into any casino or hotel/casino, I always marvel at the carpet design. I’m like, ‘Why would you have picked this carpet? It’s so ugly… and busy.'”

Carpets like that were key to one section in particular.

“We have this scene, where you’re going down a hallway, and it starts out very much like a typical Vegas hotel, you know, hallway, with the god-awful carpet and the god-awful wallpaper, and it gets progressively more surreal the further you go down this hallway to where the shape changes,” Murdy says. “Like, it starts getting all wonky and curves and the carpet pattern starts to encroach on the rest of the environment, so it’s starts, like, going up the walls, until, by the time that you’re at the end of this sequence , it’s nothing but carpet.”

Murdy’s team, which includes hundreds at peak times but about 10 year-round, used a process called dye sublimation to do one of the effects he’s most proud of this year.

“It’s being able to make a print of, say, the carpet and then translate that to a costume through a printing process. And basically,” Murdy says, “imagine somebody in a ninja costume from head to toe in a bodysuit, but it’s all carpet. But then so is the environment around you, so they can just disappear into the set. So out of nowhere, the carpet attacks you. And the curtains attack you, too, which is fun.”

It’s not really the kind of thing horror fans would have seen in the early days of Halloween Horror Nights, which began in the ’90s. (Murdy has overseen Hollywood’s scarefest since 2006.) But it’s more than just Freddy Krueger and Jason Voorhees that the audience finds frightening now.

“My initial vision of what I wanted to do with the event was to bring horror movies to life, movie quality, so that people feel like they’re living their favorite horror movie,” Murdy says. “And it was a very specific, you know, vision, in that we’d do Texas Chainsaw Massacre and Friday the 13th and Nightmare on Elm Street and Halloween, and we’d work our way through pretty much the whole canon of horror. So after doing that for a number of years, then we started to go, ‘Wow. Horror is starting to shift to, like, television is a big deal for horror. And that was around that time The Walking Dead was hitting. So we worked, obviously, with The Walking Dead for a number of years. But then we started doing American Horror Story and that led to, eventually, Stranger Things. And that was a… tipping point, as far as our brand is concerned.”

The Weeknd: After Hours Nightmare is currently open at both Universal Orlando Resort and Universal Studios Hollywood. Tickets are available now.