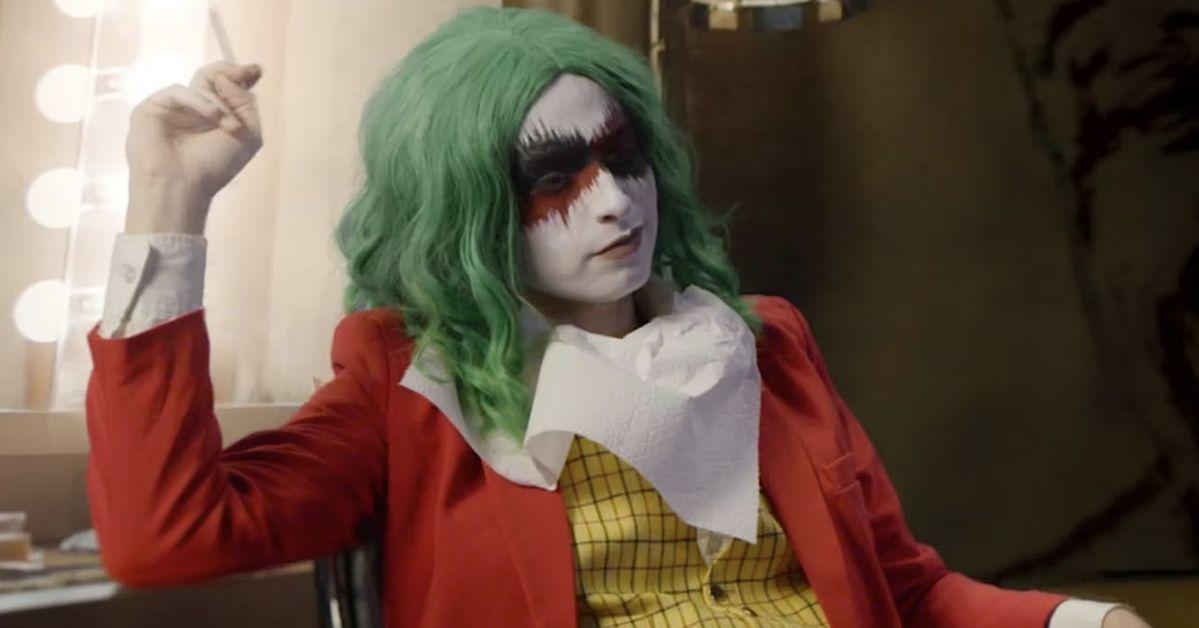 While Warner Bros. is prepping for the start of production on their own movie about the clown prince of crime2024’s Joker: Folie à Deux (a sequence to 2019’s) Joker), the studio has seemingly brought the legal hammer down on The People’s Joker, a parody film that spoofed not only the Batman villain but a ton of other DC Comics characters. Screened last night at the Toronto International Film Festival during the “midnight” programming block, The People’s Joker is described by its writer/director/producer/star Vera Drew as “an illegal coming-of-age comic book movie.” The film’s trailer can still be viewed as of now, showing just how much of DC iconography made its way into the film’s crosshairs.

After the one showing of the film, The People’s Joker has been pulled from TIFF completely and its future is largely uncertain. An update on the official TIFF website reads: “The filmmaker has withdrawn this film due to rights issues. We apologize for any inconvenience. Current ticket holders will receive an email from TIFF Customer Relations with information on their purchase.” Critics were still present for the film’s initial screening however so details about the movie’s content and what characters appear have already started to make their way online.

What is The People’s Joker?

Though seemingly in the same camp as fan films, The People’s Joker is a feature-length movie described as “a queer coming of age Joker Origin story.” The film’s official description reads: “After years numbing herself with irony and an inhalant called Smylex, an unfunny aspiring clown grapples with gender identity, first love, and old foes all while found an illegal comedy theater in Gotham City. It’s a queer coming of age Joker Origin story. Completely unlicensed by DC and Warner Brothers. Starring and directed by Vera Drew (“Beef House,” “Who Is America”). Featuring the work of 200 independent artists on three separate continents, all made during a global pandemic .”

Will The People’s Joker ever be released?

Though a title card appeared ahead of the film’s premiere last night denoting that it was both “a parody” and “completely unauthorized by DC Comics, Warner Brothers or anyone claiming ownership of the trademarks therein,” it’s uncertain what the film’s future might be.

What DC characters are in The People’s Joker?

Some reviews for the film have confirmed that other DC characters appear in the film in addition to the many parodies of The Joker (including not only Joaquin Phoenix’s but also Jared Leto’s version). polygon notes that Tim and Eric regular David Liebe Hart appears as Ra’s al Ghul, while former SNL star Sarah Sherman takes on the role of SNL producer Lorne Michaels. The film also includes variations on The Penguin, Scarecrow, Riddler, Bane, and Harley Quinn, plus DC locations like Smallville and Arkham Asylum also appear.

Is The People’s Joker illegal?

The movie is stuck in a pretty big gray area though the filmmakers argue that it fits under fair use. The title card for the trailer even denotes that “all materials used fall under fair use, protected under title 17, US Code 107-118.” This strategy has been employed by many over the years

In fact there’s a four part test that is largely used legally to determine if something actually falls under Fair Use which includes:

In truth, The People’s Joker could very well find a case for winning a Fair Use argument. While there is a substantial amount of DC IP used in it, the transformative nature of the entire thing is unlike anything else done in their comics or in their feature films; not to mention almost no one in their right mind would see this product and believe it was an official Warner Bros. product, seemingly not hurting their bottom line. to that end The People’s Joker could very well try and fight this, but that will be the hardest part,

Speaking in an interview with Collider however, Drew revealed: “I think this film can be 100% distributed. It is completely protected under fair use and copyright law. Like a parody law. The only thing that makes it weird in both of those categories is nobody’s ever taken characters and IP and really personalized it in this way. So I think that’s the thing that really kind of makes it seem a lot more dangerous than I actually think it is….There’s literally no reason for anybody to worry, I think about legal repercussions Without getting into it, we’ve gone really far to ensure that we could do this. I probably wouldn’t have spent two years of my life making an actually illegal Joker movie.”