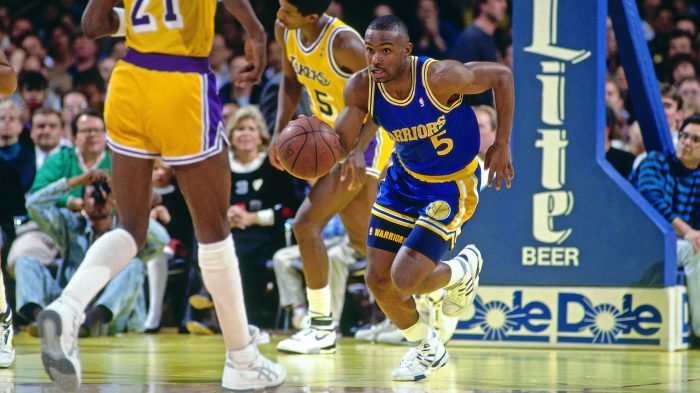 Isiah Thomas was widely viewed as the NBA’s best dribbler during his heyday in the 1980s as he moved the basketball like a yo-yo. But even the Detroit Pistons icon learned something new when he saw a high school kid in his hometown of Chicago named Tim Hardaway use the crossover dribble for the first time.

Roughly 40 years later, Tim Hardaway Sr. is entering the Basketball Hall of Fame on Saturday after a notable career in the NBA and college. The point guard is best known for revolutionizing with his “UTEP two-step” crossover move that has become a staple in the NBA and basketball courts all over the world.

“In Chicago, I was known for the between the legs dribble,” Thomas told Andscape. “And then I saw Tim when he was in high school at a Christmas holiday tournament that I came back to as one of the special guests. Not only did Tim have the in-between the legs, but he added a crossover to it. We all played with the crossover, but none of us made it a staple piece to your move.

“When Tim hit you with the between the legs and then he would come back and give you the crossover, he had such style and flair with it. Not only was it such a difficult move to guard, but it was very pretty. He had moxie, attitude and confidence that went with it also. He takes the name and the crown as the ‘King of the Crossover.’ Allen Iverson came in and had a different stutter-step crossover. But Hardaway’s crossover is a staple of everyone’s moves right now.”

Hardaway is 18th on the NBA’s all-time assist list with 7,095. The 13-year NBA veteran played on five NBA All-Star teams and was an all-NBA team selection five times. However, Hardaway’s crossover is his signature his and will last for many years to come.

“People understood my game and what I brought to the game,” Hardaway said. “The crossover will never die down. People are still trying to do my crossover. When I see them do it and they don’t finish it or they dribble it out of bounds, I tell them, ‘You got to work on it.’ My legacy will be there, and people will recognize me for years to come …

“The crossover made a big mark on the NBA. It’s an unstoppable move.”

While Chicago was familiar with Hardaway’s crossover dribble, the basketball world learned about it when he played for the University of Texas at El Paso from 1985 to 1989. They nicknamed it the “Texas two-step.”

So, what was the motivation for Hardaway creating his famous crossover?

“If you can perfect it, you can get to any space you want to on the court and make a play for your team by shaking your man. It was a move created by me to get to the basket or create for my teammates,” said Hardaway, whom the Warriors selected with the 14th overall pick in the 1989 draft.

A truly nervous Hardaway was named to the Hall of Fame after being passed over five times.

“I was scared to answer the phone, to tell you the truth,” said Hardaway, while recently filming an NBA season preview commercial in Los Angeles. “I had been rejected five times before. I was shaking. But after the third or fourth ring, I picked it up. A [Hall of Fame official] called and said, ‘I got better news than the previous times. I want to congratulate you for making it to the 2022 Hall of Fame.’

“I was like, ‘Man, that’s great!’ From then on out for the next hour and a half, it was just crying. My wife, parents, my kids, my brother. It was just tears of joy.” 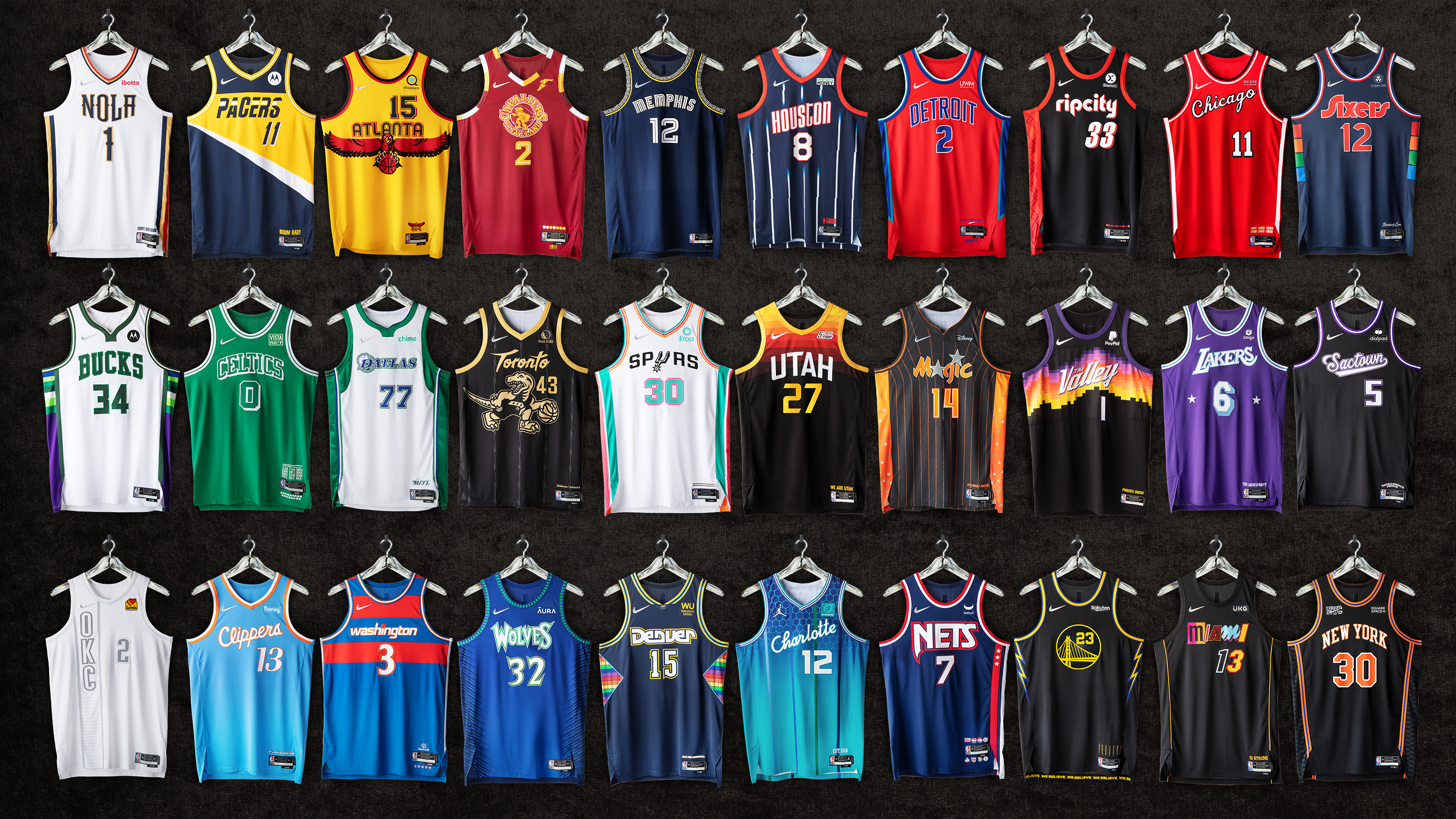 “I always knew it was just a matter of time before he made it to the Hall of Fame,” Stephen Curry told Andscape. “There are a lot of players in the league that I grew up watching that jumped off the screen based on their style. I didn’t really care what their stats were. It was more so just the impact of watching them play and building a love for basketball.

“He is up there on that list of guys. The way he played had a lasting impact and he was Hall of Fame-worthy. It’s pretty awesome knowing that he has a son in the league now, and he’s still getting acknowledged.”

Added New Orleans Pelicans guard CJ McCollum, who regularly uses a crossover dribble: “His crossover is something a lot of players model today. He is one of the original pioneers of the crossover. A real game-changer.”

“I remember the first time I saw him hit Byron Scott with the move in the playoffs against the Lakers,” Crawford told Andscape. “It was devastating! He is an original, and the move he brought to the game will outlive all of us.”

Hardaway Sr.’s No. 10 jersey was retired by the Heat and UTEP. Becoming a Hall of Famer could also put him in position to have his jersey retired by the Warriors.

“It’s all about making it to the Hall of Fame. Let’s get this over with first. Then, let’s see about that,” said Hardaway, on getting his jersey retired by the Warriors.

Years before becoming an NBA star, Jason Kidd was privileged to play pickup games as a high school star at Alameda College (California) in the summer against Hardaway, Mullin, and former NBA star Gary Payton. The Dallas Mavericks coach still recalls the challenge of dealing with Hardaway’s crossover during his teenage years.

“As a kid, you always knew about the crossover, the speed and the low dribble,” said Kidd, also a Hall of Famer. “You just never wanted to be on the other side of guarding him. I never wanted to get beat by him because it was such a nasty move when he was leaning one way and then the other. You just wanted to be able to make sure you didn’t get embarrassed …

“So, it was a game changer. When you talk about crossovers, everyone always talks about AI [Iverson]. But it all started off with Timmy and the crossover he did at Golden State.”

Like Kidd, Los Angeles Lakers assistant coach Phil Handy also became well-versed with Hardaway’s crossover while playing high school and junior college basketball in the Bay Area. The former University of Hawaii star said he worked hard on the speed and control of his crossover his because of Hardaway.

Handy described the soon-to-be Hall of Famer’s crossover as a groundbreaking move that influenced him and youths today.

“The ‘UTEP two-step’ was a revolutionary move,” Handy told Andscape. “It changed the game in a lot of ways in terms of guards attacking defenders. Tim was the first one to really use the crossover in that manner, and it was unstoppable. Anytime a player has a signature move named after them, you know it’s a game changer.”

Marc J. Spears is the senior NBA writer for Andscape. He used to be able to dunk on you, but he has n’t been able to in years and his knees his still hurt.