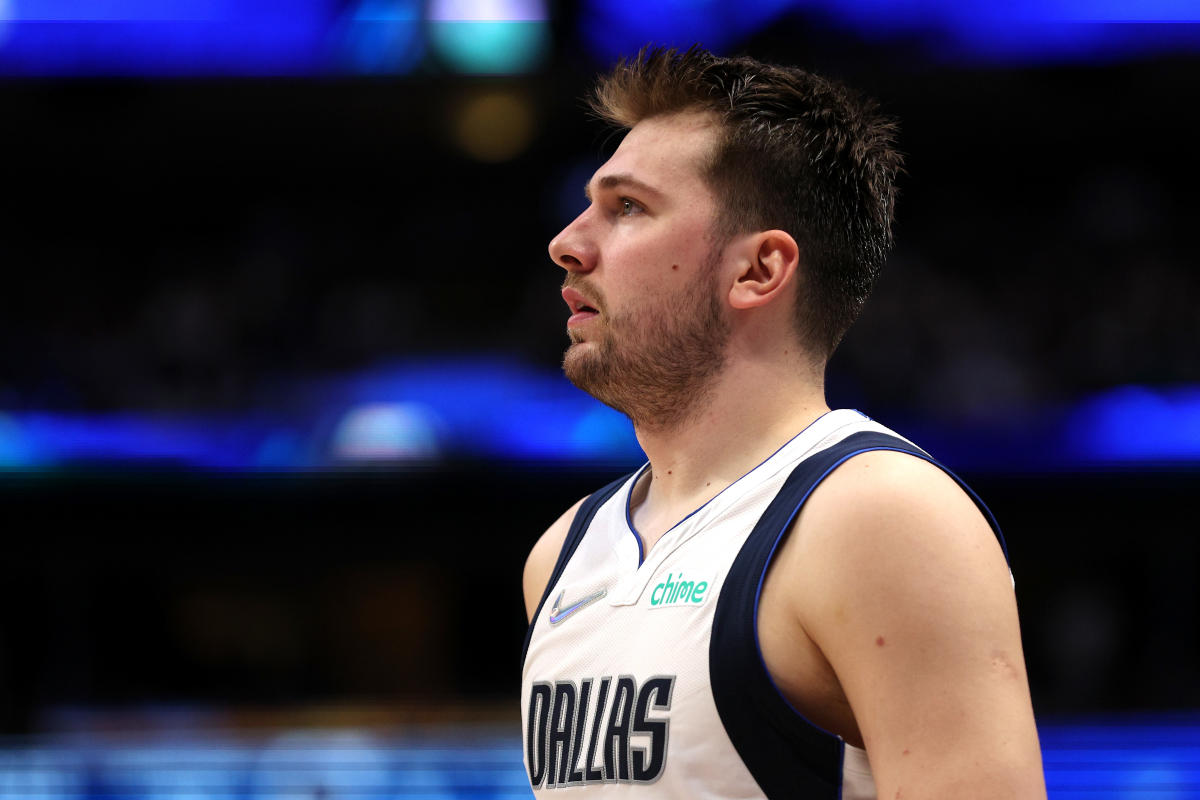 As the 2022-23 NBA season quickly approaches, it’s time for fantasy managers to begin digging in on preparation. Part of that process is breaking down the player pool by position and identifying targets, fades and late-round values ​​who could end up paying major dividends over the course of an 82-game schedule.

Below, we’ve identified the top-22 targets at point guard in eight-category, roto leagues for the 2022-23 fantasy basketball season. Keep in mind that these rankings are subject to change before we get to Opening Night, but they’re based on RotoWire’s 2022-23 roto league projections. To avoid confusion, we’ve opted to include each player in only one position group, even if they’re eligible at multiple spots in Yahoo leagues.

Perhaps the deepest position in the league, quality point guards can be found all the way through the top 120 overall players. Led by Luka Doncicthe position is also home to elite targets James Harden, LaMelo Ball, Stephen Curry, Trae Young and Damian Lillard – each of whom have top-10 upside.

Of that group, only Lillard failed to post first-round value in 2021-22, but that was due almost entirely to the fact that he struggled through an abdominal injury that eventually cut his campaign short. Prior to last season, Lillard was one of the most dependable players in all of fantasy basketball, finishing between third and 19th in total value in each of his first nine years in the league.

Beyond that first tier is a group of young point guards led by Tyrese Haliburton, who surprisingly returned first-round value in some formats last season. Spurred on by a midseason trade from Sacramento to Indiana, Haliburton spent the final months of the season operating as the Pacers’ No. 1 playmaker. The Iowa State product finished second in the NBA in steals behind only Dejounte Murray.

Fred VanVleet has been a top-30 mainstay in per-game value for three straight seasons, while Cade Cunningham, Darius Garland and Ja Morant are each coming off of breakout 2021-22 campaigns. A rookie last season, Cunningham got off to a relatively slow start but by the end of the season, he worked his way into the top 50. Meanwhile, Garland made a major Year 3 leap, but with Donovan Mitchell now in Cleveland, it may be difficult for the 2019 No. 5 pick to climb much higher.

For the third straight year, Doncic will enter the season as the betting favorite to take home the MVP award. While he’s an elite fantasy player, his relatively pedestrian free throw percentage — on high volume — is what’s kept him from threatening for a top-five finish in recent years. Given how the Mavs’ roster is shaping up, Doncic projects to shoulder a heavier-than-ever burden as a scorer and playmaker in 2022-23.

Despite Harden having a down year, he still ranked fifth in per-game fantasy production last season. Whether or not you buy that he’s in better shape and has a renewed focus, he’s still worth a first-round pick and is one of the best sources of assists out there.

Ball’s fantasy-friendly numbers resulted in him ranking 15th in per-game production last season. He’ll remain the Hornets’ No. 1 option, and he might be leaned upon even more with Miles Bridges‘ status for the season unclear.

Curry hasn’t played more than 69 games since 2016-17 and is entering his age-34 season, but he’s still a top-5 MVP favorite and is an elite source of threes and free-throw percentage in fantasy. There’s no reason to expect his role his to change this year.

Young’s usage rate for the upcoming season is muddied by the acquisition of another point guard in Dejounte Murray, but the No. 5 overall pick from 2018 is still going to be the focal point of the team. Over the past three seasons, he’s averaged 27.8 points, 9.5 assists and 4.0 rebounds in 34.6 minutes.

Lillard is coming off a lost season due to a persistent abdominal injury that required surgery. However, he ranked as a top-12 fantasy asset on a per-game basis for four straight seasons prior to the injury. It shouldn’t surprise anyone if he’s back at that level of production — a stretch in which he averaged 27.9 points, 7.3 assists, 4.4 rebounds and 1.1 steals in 36.4 minutes.

After being dealt to the tanking Pacers last season, the sophomore averaged 17.5 points on 50/42/85 shooting, 9.6 assists, 4.3 rebounds and 2.4 combined steals-plus-blocks. The table is set for him to replicate those numbers; don’t be surprised if he flirts with first-round value.

VanVleet’s fantasy rank has improved every season, topping out at 17 last year. With Kyle Lowry out of the picture, VanVleet thrived, averaging 20.3 points, 6.7 assists, 4.4 rebounds and 2.2 combined steals-plus-blocks. Maybe Scottie Barnes handles a bit more offense this year, but VanVleet should still ultimately run the show.

Cunningham started the year slowly but picked things up in December and really took a step forward toward the end of the season. He ranked 50th in per-game production on the whole campaign, but after the All-Star break, he averaged 21.1 points, 6.5 assists, 5.7 rebounds and 1.8 combined steals-plus-blocks. If he can figure out his three-point shooting (31.4 percent on 5.7 attempts), he could be in for a massive second season.

Garland was named an All-Star last season behind 21.7 points, 8.6 assists, 3.3 rebounds and 1.3 steals, finishing with a per-game fantasy rank of 23. The addition of Donovan Mitchell may take away some of Garland’s usage, but he should still run the offense. Selecting Garland in the third round seems safe.

Last year’s Most Improved Player, Morant reached star status with averages of 27.4 points, 6.7 assists, 5.7 rebounds and 1.2 steals in 33.1 minutes. His free-throw percentage (76.1 percent) still leaves something to be desired, but there’s no question he’s ascending into one of the best point guards in the NBA.

Gilgeous-Alexander has quietly become one of the better guards in the NBA, but he’s stuck on the tanking Thunder and has combined for just 91 appearances over the past two years. Fantasy managers again have to be concerned that SGA will be shut down towards the end of the season, but over these recent 91 games, he’s averaged 24.1 points, 5.9 assists, 4.8 rebounds and 1.9 combined steals-plus-blocks.

Paul is entering his age-37 season. He continues to be one of the best sources of assists, steals and free-throw percentage in the NBA. While he ‘s managed to play at least 65 games in each of the past three seasons, he remains a candidate for missed games due to rest or wear-and-tear, given his age.

Putting aside the mere 29 games Irving played last season due to New York City’s vaccination laws, he hasn’t stayed healthy much throughout his career. He’s played more than 60 games just four times in his 11 seasons. His per-game production his is elite — three straight seasons ranking sixth — but he ‘s a clear games-played risk.

Milwaukee is one of the safest teams to target in fantasy, and Holiday is no exception. He’s ranked 27th and 28th, respectively, in per-game fantasy production during his two seasons as a Buck. His production His is well-rounded. In the two campaigns, he’s averaged 18.0 points, 6.4 assists, 4.5 rebounds, 2.1 combined steals-plus-blocks and 1.9 threes while shooting 50.2 percent from the field and 76.0 percent from the charity stripe.

Fox played better late last year after Tyrese Haliburton was dealt to the Pacers, but fantasy managers have a right to be concerned about Fox’s lack of progress in general. He’s ranked between 46 and 62 in the past four seasons in per-game fantasy production, and it’s hard to point to any part of his game and say he’s gotten meaningfully better during this stretch. Maybe having a good big like Domantas Sabonis around will help him become more productive.

Russell struggled with his shot last season, hitting just 41.1 percent of his field goals and a modest 34.0 percent of his 8.0 three-point attempts per game, but he was still an effective point guard for Minnesota. He dished out 7.1 assists compared to 2.7 turnovers, and he averaged 18.1 points. He has a new lob target in Rudy Gobertand maybe Russell’s scoring decreases in a more playmaking-heavy role, especially with Anthony Edwards emerging, but the point guard should still be worthy of a mid-to-late-round selection.

News of Ball being doubtful for training camp is concerning since he underwent meniscus surgery in January with an initial timetable of six weeks — not six months. Injuries have been a persistent theme throughout his career. At some point, he’s worth drafting given his well-rounded stats his — he ranked a shocking 25th in per-game fantasy value last year — but managers should select some high-floor guards before taking the risk.

The now-36-year-old point guard saw a reduced role on the Heat, sharing more responsibilities with Jimmy Butler, Tyler Herro and Bam Adebayo. Lowry’s 18.2 percent usage rate was his lowest since his third year in the NBA, and his 13.4 points per game were his fewest his since 2009-10. Another year older puts Lowry at increased risk of injury and rest, plus general regression. As a result, fantasy managers likely won’t have to pay up for Lowry, but he still provides a nice floor as a three-point shooter and passer.

Brunson goes from the No. 2 option behind Luka Doncic last season to the No. 1 option on the Knicks. It’s tough to know exactly what to expect, but with Doncic off the court last season, Brunson averaged 22.1 points, 7.4 assists, 4.5 rebounds and 1.0 steals per 36 minutes.

Porter struggled early last season but rounded into form after the New Year, averaging 16.9 points on 44/40/65 shooting, 6.3 assists, 4.4 rebounds and 1.0 steals in 31.6 minutes. He shouldn’t lose any usage this season, and another year of development should mean some improvements. He ranked 96th last year in per-game value.

Murray missed all of last season after tearing his ACL late in 2020-21. That was his best season his yet, ranking 31st in per-game value. He might have to shake off some rust early in the year, but he’s one of the better point guards in the NBA and has proven chemistry with Nikola Jokic.