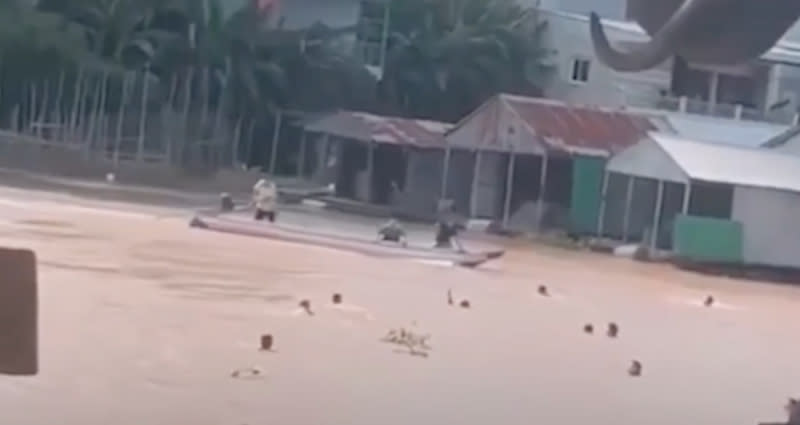 In the first half of this year, Vietnamese and Cambodian authorities have rescued 250 people who were lured to Cambodian casinos by human traffickers. In a joint operation, authorities are continuing to bring home Vietnamese nationals.

Chinese crime syndicates are believed to be behind the human trafficking operations in Cambodia that have targeted individuals from South East Asian countries, including Thailand, Malaysia, Taiwan, Indonesia and Vietnam.

Colonel Khong Ngoc Oanh, the head of Human Trafficking Prevention of the Ministry of Public Safety, stated thousands of people have been lured by traffickers who promised them “easy jobs with high wages,” when in fact, they were taken to production facilities and casinos and held as prisoners.

Once the victims are under the casino owner’s roof, the workers are exploited. They can only return home if they pay the captors a ransom of up to $30,000, according to authorities.

Vietnamese media reported Monday that four families in Hai Phong City had to pay thousands of dollars in ransom to buy back their children in April after they were tricked by a friend.

A group of teenagers, aged 16 to 17, were trafficked to Cambodia by 45-year-old Nguyen Van Anh, who developed close relationships with the children and their families. The teenagers, three boys and one girl, reportedly dropped out of school to find jobs to help their families. Anh told them that his friend in Cambodia was recruiting workers and paying salaries of about $770 to $855 a month.

On March 30, Anh gathered the teenagers and included his son to make the scheme believable. However, Anh sent his son home with the excuse of a sick relative once they reached Ninh Binh province. When the group was about to reach the Cambodian border gate, Anh said he forgot his medicines and had to return.

“When Anh left, we suspected that we’d been tricked but we didn’t dare to run away as we feared what those people could do to us,” one of the boys recalled.

A group of eight people took the teenagers across the border illegally. They were brought to the Yong Yuan Casino in Kandal province, where they were forced to work 12 hours for only $20 a day along with poor living conditions. If they did not work enough, they were fined $2,000.

A week later, the casino manager told them that they were not allowed to leave the facility’s premises as they had been sold to the casino. They were to pay at least $2,400 to the account of Ngo Hong Hanh if they wanted to return home.

The boys were able to contact their families via social media.

“I almost collapsed on learning that my son had been sold to Cambodia. Families of his friends also learned the news so we contacted each other to report the matter to the police and find ways to bring them home,” Mai, the mother of one boy, reportedly said.

Lan, a father of one of the children, said all four families had borrowed money or sold assets to buy back their children. They also reported the incident to the local police and filed a complaint against Anh.

More from NextShark: Elon Musk reacts to report he had secret twins with Neuralink exec weeks before baby with Grimes

Prior to their return, Anh had already been arrested for illegally carrying meth and ecstasy pills in Quang Ninh province.

In another reported human trafficking incident, 42 Vietnamese nationals tried to escape from the Golden Phoenix casino in Cambodia’s Kandal province by swimming across the Binh Di River on Aug. 18. They were chased by the casino security personnel with whips.

“It was lovely. We were tricked and sold to Cambodia,” Doan Thi Ngog Diep, a 20-year-old woman who managed to escape with her husband, got. “We preferred to die at home.”

While 40 people were able to escape, a 16-year-old boy drowned in the river and another male teenager was recaptured by the casino owners. Some of the survivors reportedly suffered minor injuries.

Le Thi Thu Hang, a spokesperson for Vietnam’s Ministry of Foreign Affairs, said they have “directed its representatives in Cambodia to work closely with Cambodian authorities and Vietnamese domestic authorities to assess and verify information, implement citizen protection measures and provide assistance for citizens in need in a timely manner.”

This measure includes handling procedures for 25 other victims, including the teen who was recaptured.

“Regional governments and police are way behind on this,” Jeremy Douglas of South East Asia and the Pacific at the United Nations Office on Drugs and Crime, told The Straits Times. “The pandemic massively accelerated the move of casinos online as they sought to make up for lost revenues, and we know of many around the region that then did a pivot into fraud scams for additional cash flow. And law enforcement did not see it coming.”

On Monday, Cambodia and Thailand also have signed an agreement on the Standard Operating Procedures (SOPs) on closer law enforcement cooperation against human trafficking. The agreement will also focus on the protection of the rights and interests of victims.