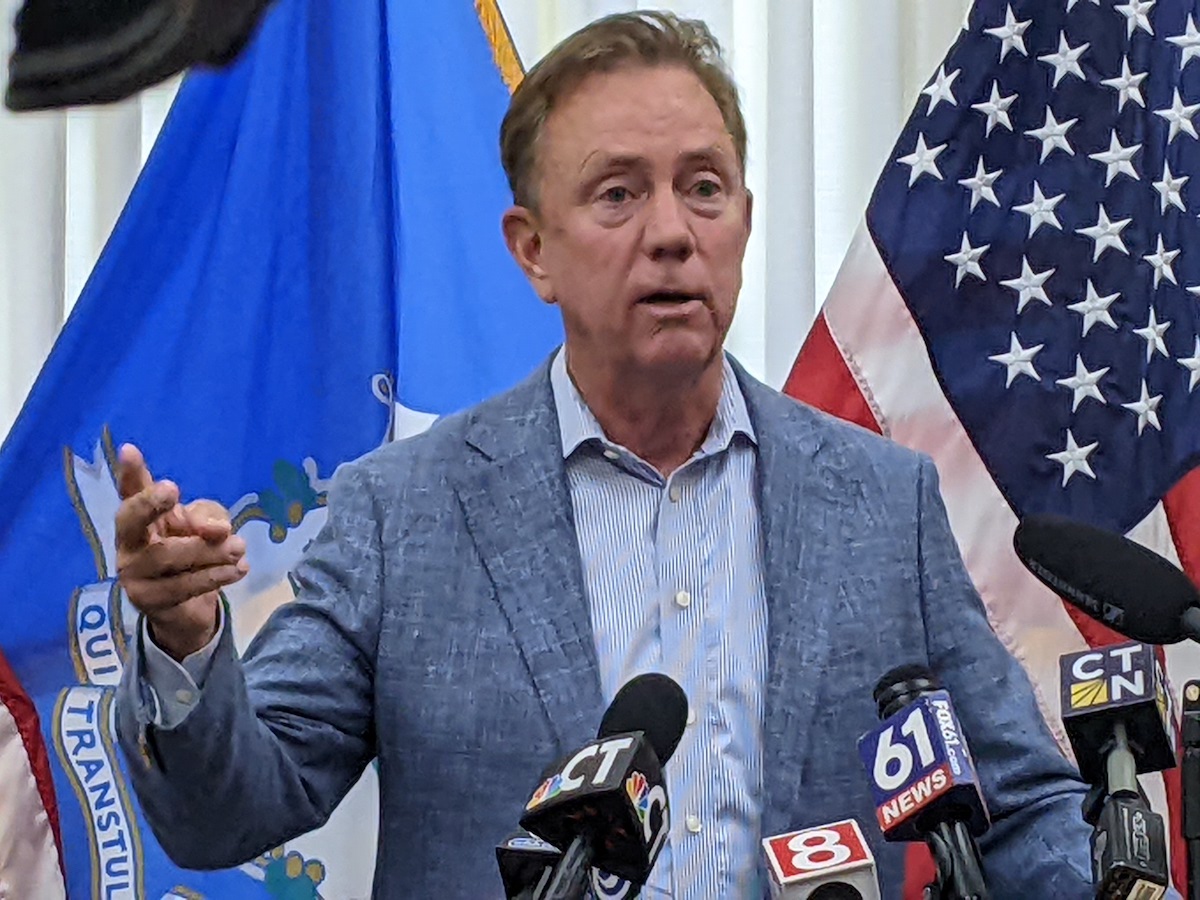 Eligible Connecticut residents can begin applying Thursday for an energy assistance program offsetting the cost of home heating. Gov. Ned Lamont highlighted the initiative Wednesday, just days after the program’s declining funding touched off a partisan squabble among legislators. The application window for Connecticut’s Low-Income Home Energy Assistance Program opens on Sept. 1. The program provides a range of benefits, depending on household income levels, typically paid directly to utilities or fuel providers to help residents keep their homes warm during the winter. This year, the initiative’s basic benefit is around $400 and households making up 60% of the state’s median income will qualify.

“It may seem like an odd day — a hot day in August — to be talking about home heating assistance but I think if we’ve learned anything over the last two years, it’s that planning ahead really pays dividends,” Lamont said during a press conference near his state Capitol offices.

Residents looking to enroll in the program can begin on Thursday, either onlineby phone or by mailing an application to one of several community action agencies.

During Wednesday’s press conference, members of the administration touted the program as one of several initiatives designed to help keep residents warm in the winter months and said the assistance benefits were funded roughly at pre-pandemic levels.

“We’re really encouraging people to apply early,” Social Services Commissioner Deidre Gifford said. “Now is the time, starting tomorrow you can find out if you’re eligible to receive this benefit. Don’t wait until later in the season.”

Gifford said the program is likely to be funded this year at roughly $79 million and the state figures that somewhere around 96,000 households will participate statewide. Individual benefits under the program will vary depending on available funds and the number of people participating. And because the initiative is federally-funded, state officials will not have a firm funding level until Congress approves a figure.

However, assuming the federal government funds LIHEAP at the level expected by state officials, benefits under the program will drop considerably from those provided during the last two years. That’s because federal pandemic assistance legislation enhanced the program, putting last year’s fund at roughly $140 million.

That disparity set the stage for a debate on Monday between members of the three legislative committees which approved the Lamont administration’s plan to administer the program this year.

Many of the committees’ Republicans, campaigning on affordability issues this year, opposed the decrease in LIHEAP funding and tried unsuccessfully to divert money from a separate basket of federal funds to supplement the program to pandemic-era levels. Nonpartisan legislative attorneys deemed the proposal outside the authority of the joint committee, which ultimately approved the administration’s plan as written.

In a joint statement Monday afternoon, Senate Minority Leader Kevin Kelly and House Minority Leader Vincent Candelora disputed the conclusion of legislative Democrats that redirecting the funds would require the approval of the full legislature.

“These monies were put into a slush fund the governor can use if and when he so chooses for whatever he wants,” Kelly and Candelora said. “These funds should be guided by the legislature to best help our state, and that’s exactly what we proposed today.”

On Wednesday, Lamont said the state was waiting to see whether Congress would supplement the fund and could seek approval from the state legislature in January if the winter proved to be exceptionally cold or demand for the program was higher than expected. Lamont is currently running for re-election against Republican Bob Stefanowski. Whoever wins that contest would take office in January.

“I think [Republicans] spent the ARPA funding several times over. Here’s one more idea. I think it’s just premature,” Lamont said. “As I’ve said before, we got $79 million, the feds are saying depending on the winter, depending on demand, they may step up and true-up LIHEAP themselves. If the winter is bad and the feds don’t step up, I’ve got a session that starts in January, we’ll be able to address that.”